Ranger uranium mine: fears over toxic tailings buried in the pits during rehabilitation 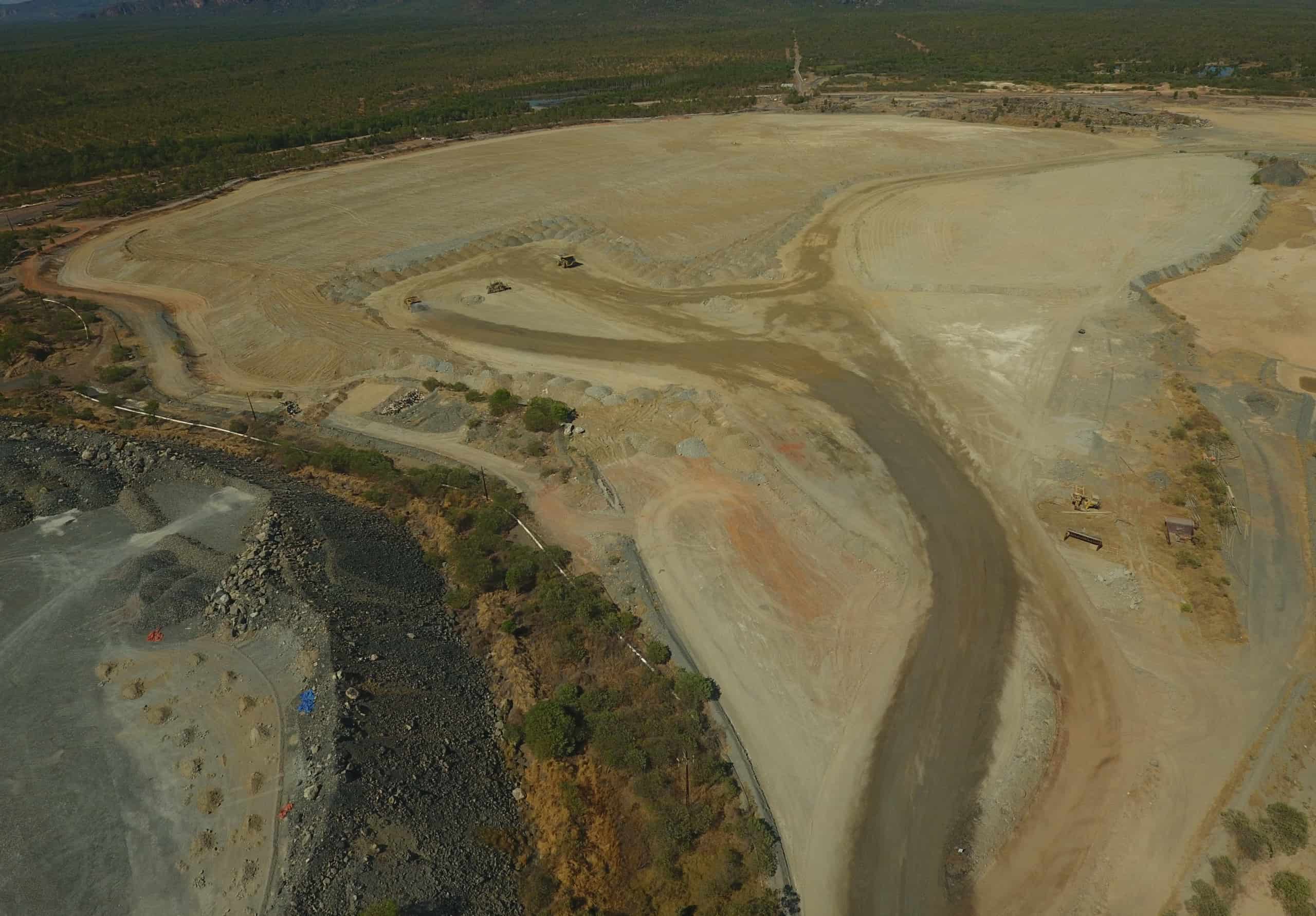 Leading scientists fear Kakadu National Park’s pristine aquifers and drinking water relied on by nearby Indigenous communities are in jeopardy from an inevitable “toxic cocktail” seepage as the mammoth task of rehabilitation at Ranger uranium mine nears and the surroundings – everything from offices to trucks and tailings – are thrown in the pit as filler.

But toxic tailings buried deep in the pits and finances that will unlikely provide for future monitoring are cause for concern.

Operating for almost four decades and producing in excess of 130,000 tonnes of uranium oxide, Ranger is set to enter a five year clean up with strict requirements it can be incorporated into the surrounding Kakadu national park by 2026.

“The major concern is when water flows through in the wet season we don’t know what kind of toxic cocktail will be carried off-site into Kakadu National Park,” Dr Lawrence said.

Energy Resources Australia, the operator of the mine, has significant data shortfalls on the risks of disposing the leftover waste in the pit, she said, highlighting concerns the site spanning 79sq km will never be the same again.

“These kind of mine sites that have toxic legacies into the future need perpetual care,” Dr Lawrence said.

“The idea we can open a uranium mine, fill it up with trucks and waste and buildings with no repercussions is fanciful.

“Of course we want [rehabilitation] to be achieved… but the best possible future for the site is a compromised site with a lot of problems down the line.”

Energy Resources of Australia released its third mine closure plan for Ranger earlier this month, highlighting spending more than $642 million on rehabilitation and water management since 2012 and “a commitment to achieve best-in-class closure outcomes”.

ERA chief agreements advisor Alan Tietzel declined an interview with the NT Independent, citing a full schedule, but pointed to a number of public statements released by the company.

In the latest, ERA’s chief executive Paul Arnold said the plan “reflects the complexity of rehabilitating a site in this environmentally and culturally sensitive region” and is “comprehensive and achievable”. “It is based on long term research, expert studies, best practicable technology, cultural guidance from the Mirarr traditional owners and thorough stakeholder review.”

In 2019, Dr Lawrence conducted a comprehensive review of the mine’s impending rehabilitation and says the risks remain.

Her research found rehabilitation will not only be complex and costly, but unless effectively carried out, threaten long term environmental harm to the region.

“Toxic waste and financial uncertainty were major red flags in 2019, and we still don’t know how ERA is going to tackle these issues.”

More than $1 billion has been earmarked to restore the mine to requirements which have never been set or met in Australia, Dr Lawrence said.

“Research shows mine rehab typically fails so the need for significant rehabilitation down the line is inevitable, but ERA has not even mentioned the costs for monitoring post 2026 or how it will be funded,” she said.

“What that says to me is that Territorians and tax payers will be left with a site without a corporation to pay for problems sure to happen down the line.”

In just five years, ERA, a subsidiary of Rio Tinto, needs to transform Ranger to fit seamlessly with the surrounding national park. The process will involve knocking down buildings, filling gigantic holes, disposing of wastewater and tailings dams, and planting millions of trees.

A sharp lesson in community opinion and shareholder investment for mining giant Rio Tinto, who now own 90 per cent of ERA, up from 68 per cent, is likely to work in its favour, Dave Sweeney from the Australian Conservation Foundation and co-author of the 2019 report on Ranger said.

“The good news is Rio Tinto and ERA have committed to rehabilitation, Rio Tinto has increased finances and have accepted they have skin in the game with a high degree of exposure and reputation on the line,” Mr Sweeney said.

“Rio Tinto will be closely watched and long judged. Everyone wants it to work.”

Yet, Australia’s mine closure record remains shaky. It’s estimated over 60,000 abandoned mines across the nation remain.

“No uranium mine has ever been successfully rehabilitated in Australia,” Mr Sweeney said.

“$1 billion is not enough. It is a good start,” Mr Sweeney said.

“An unrealistic time-frame has been set that doesn’t take into account COVID-19 and the Northern Territory’s wet season. Boots on the ground time is going to be reduced significantly.”

Mr Sweeney said the era for uranium is long over, the commodity price having been hammered and the need to transition to cleaner energy sources being well known.

Kakadu National Park, arts and ranger programs are increasingly being lent upon for commerce in the region, and Jabiru, built in 1982 to service the mine, has already started its monumental transition to a tourism hub, this year taking back rights to the land.

“The tourism economy is greater than the mining sector,” Mr Sweeney said.

“For people concerned and uncertain about closing Ranger, for me this is an exciting and positive time.

“We are seeing a whole range of voices listened to… any transition is not without challenges, but we have commitments from companies and traditional owners that the age of uranium is over and collectively we need to fashion a different future.”