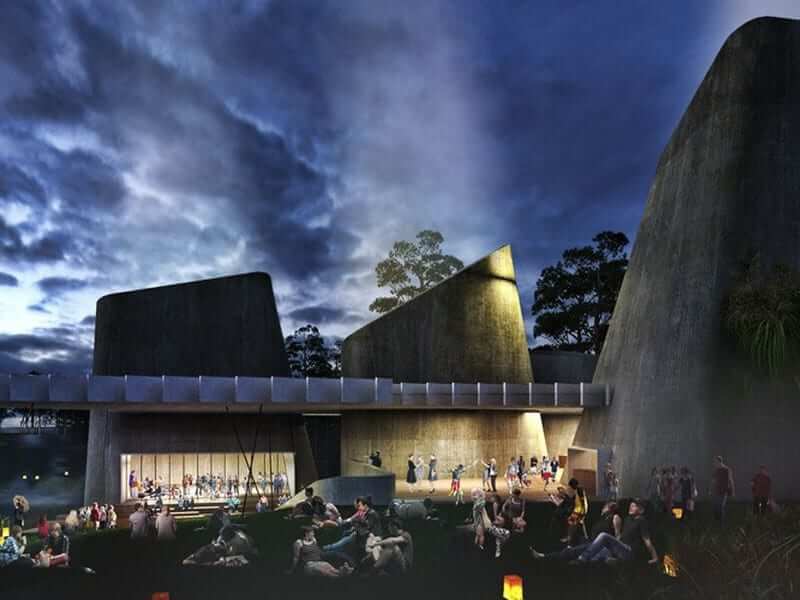 A landmark bill that will return the town of Jabiru into the hands of traditional elders has passed the lower house, but could put the land under the control of an organisation being investigated by the Office of the Registrar of Indigenous Corporations.

The legislation, debated in federal parliament on Monday for a second time, amends the Aboriginal Land Rights Act to allow a long-term township lease.

The changes, in practice, will mean that sub-lessees will hold individual leasehold property rights on Aboriginal land with rights to develop and use the land.

Minister for Indigenous Australians Ken Wyatt’s spokesman Luke Nayna said negotiations were underway to decide which entity would actually be in charge of the lease.

But the bill’s passing is not the end of the matter, as the legislation still needs to pass the Senate where it will be introduced on Thursday.

First submitted to the House of Representatives in May, Mr Wyatt said the bill is “economic empowerment” for the Mirrar people following a decade long struggle to secure the opportunity to forge a “future guided by their own aspirations”.

“As we emerge from the COVID-19 pandemic, it is essential that we foster an environment where we can enable more jobs and economic growth to ensure prosperity for all Indigenous Australians,” he said.

“This bill is an important step, as I said, to the return of [the Mirrar people’s] land in Jabiru and towards the town’s bright future as the gateway to Kakadu National Park.

“The Australian government has made a $216 million commitment to revitalise Jabiru and Kakadu to ensure their future as world-class tourist destinations… Our investment will herald a new era of economic opportunity for the region, benefiting not only the Mirarr people but also the community and the Northern Territory economy.”

In 1995, the Mirrar people established Gundjeihmi Aboriginal Corporation to assist them in striking a balance between sustainable development and traditional practice. The corporation also receives and distributes royalties from the Ranger uranium mine.

But last September, police raided Gundjeihmi Aboriginal Corporation’s offices accompanied by investigators from the Office of the Registrar of Indigenous Corporations (ORIC) who are currently carrying out an investigation.

While the exact nature of the investigation has not been disclosed, the raid has raised questions over the corporation’s ability to manage such large sums of public money.

However, Mr Wyatt said he is pleased the lease with the Northern Land Council and the Gundjeihmi Aboriginal Corporation is on track, with negotiations continuing as recently as last week.

Jabiru, which sits in Kakadu National Park, was established in 1981 to service the Ranger mine and is on freehold leased land from the Director of National Parks to the Jabiru Town Development Authority, which is a Northern Territory statutory authority.

The new act removes the requirement that a township lease can only be held by the Commonwealth and will enable the lease to be held by either the Executive Director of Township Leasing – which was set up for the Northern Territory Emergency Response to manage head leases in Aboriginal townships – on behalf of the Commonwealth and in partnership with the traditional owners, or a community entity representing the Mirarr traditional owners.

With the current lease of Jabiru land held by the Commonwealth Director of National Parks set to end in June 2021, the passing of land rights is imperative, Mr Wyatt said.

“Negotiations are now underway with the traditional owners of Kakadu to secure a lease-back arrangement with the Director of National Parks.

“These amendments complement those actions by giving effect to a leasing arrangement for the traditional owners of Jabiru.”

Generations of Mirarr people have lived and used the land within the World Heritage-listed Kakadu National Park, which surrounds the town of Jabiru, for thousands of years.

Energy Resources of Australia will embark on a five-year clean-up project, at the close of the Ranger uranium mine in January 2021.

The clean-up is touted to cost more than $8 million to restore the mine to a standard that would allow it to be incorporated within the surrounding Kakadu National Park.

She said the town of Jabiru was established without the consent of the Mirarr people, to service the mine.

“For many years the Mirarr people have been planning and looking forward to the shutdown of the Ranger mine,” she said. “They have developed a comprehensive master plan that will transform the Jabiru economy from one that has been focused on mining and support services to one based on the social, cultural and natural resources wealth of the region.

“The Mirarr people have withstood immense pressure from political and mining industry influences for many decades now, and their culture has remained strong and vibrant. Now, finally, they have the opportunity to chart their own destiny, to manage their own affairs and to prosper from their own endeavours—self-determination in real terms.”