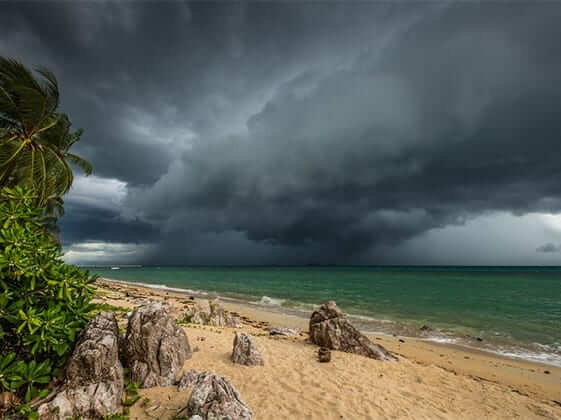 The La Niña is predicted to bring an earlier monsoon to the Top End and the potential for more lows and cyclones across northern Australia, the Bureau of Meteorology’s severe weather outlook shows.

Bureau climatologist Greg Browning said while the number of tropical cyclones had declined in recent decades this season was predicted to buck that trend.

“On average Australia sees nine to 11 tropical cyclones each year, with four crossing the coast,” he said.

“With La Niña this year we are expecting to see slightly more tropical cyclones than average, and the first one may arrive earlier than normal.

“Every northern wet season has had at least one tropical cyclone cross the Australian coast, so we can never be complacent.”

He said cyclones can develop at any time in the tropical cyclone season, which runs from November to April.

“This means that communities right across northern Australia need to stay be prepared now, and stay informed from the very start of the tropical cyclone season in October, right though until April,” he said.

He said La Niña also suggests an earlier than normal arrival for the first rains of this year’s northern wet season and an earlier monsoon onset for Darwin but also more rain generally and earlier.

“But while heatwaves may not be as severe, the bureau’s advice is that in southern areas they may last longer and be more humid – both of which can increase the risk to human health.”