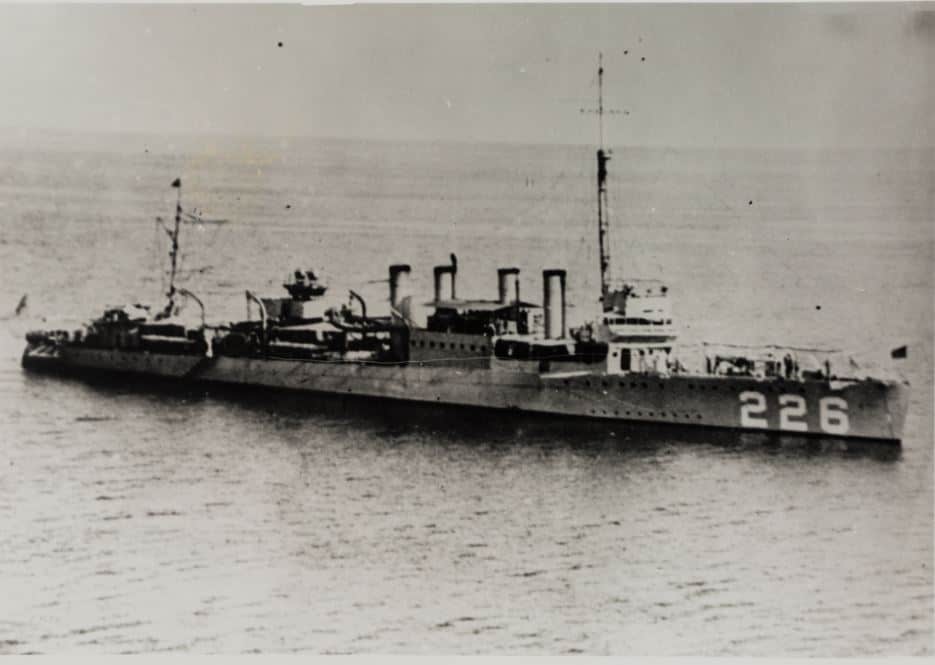 The discovery of warship propeller remnants on the Darwin Harbour sea floor has uncovered new evidence that USS Peary was a “sitting duck” for further attacks during World War II’s Bombing of Darwin, the NT Government has said.

He said the branch believes the propellers belong to the USS Peary.

“This discovery is important from an archaeological perspective. It changes our interpretation of the wrecking event, and about where the remnants of Peary are,” Mr Wells said.

He said history states the USS Peary, a Clemson-class destroyer, was sunk on February 19, 1942 after hits in the stern from five Japanese bombs and ninety US servicemen are believed to have gone down with the ship.

The Heritage Division believes that the bombs that hit the USS Peary caused a large section of the stern to break away from the ship, including the propellers.

It’s also believed that the bombing caused the USS Peary to drift completely disabled on the rapidly moving outgoing tide as it continued to take hits from enemy bombs, before eventually sinking.

“We now believe the ship was completely disabled after the first bomb hit, and thereafter was drifting helplessly. It was a ‘sitting duck’ for further attacks,” Mr Wells said.

“It underlines the incredible courage of crew members, who we know continued to fire the ship’s guns in an attempt to defend the ship from attack,” he added. The federal and Northern Territory governments are coordinating with counterparts in the US Naval History and Heritage Command to conduct further research.

“More survey work and research will need to be done to recreate the events of the day, and to locate other remnants of Peary, which could be scattered along a corridor on the floor of the Harbour from where it was first hit, to where it eventually came to rest.

The main wreck site lies in deep water off the Darwin Esplanade. It was salvaged by the Japanese Fujita Salvage Company in the early 1960s. Most of the sunken ship was cut into pieces and removed.

All artefacts from USS Peary are automatically protected by the Commonwealth Underwater Cultural Heritage Act 2018. NT government laws state that interference with any artefact can attract a penalty of up to five years in prison or fines of up to $63,000.