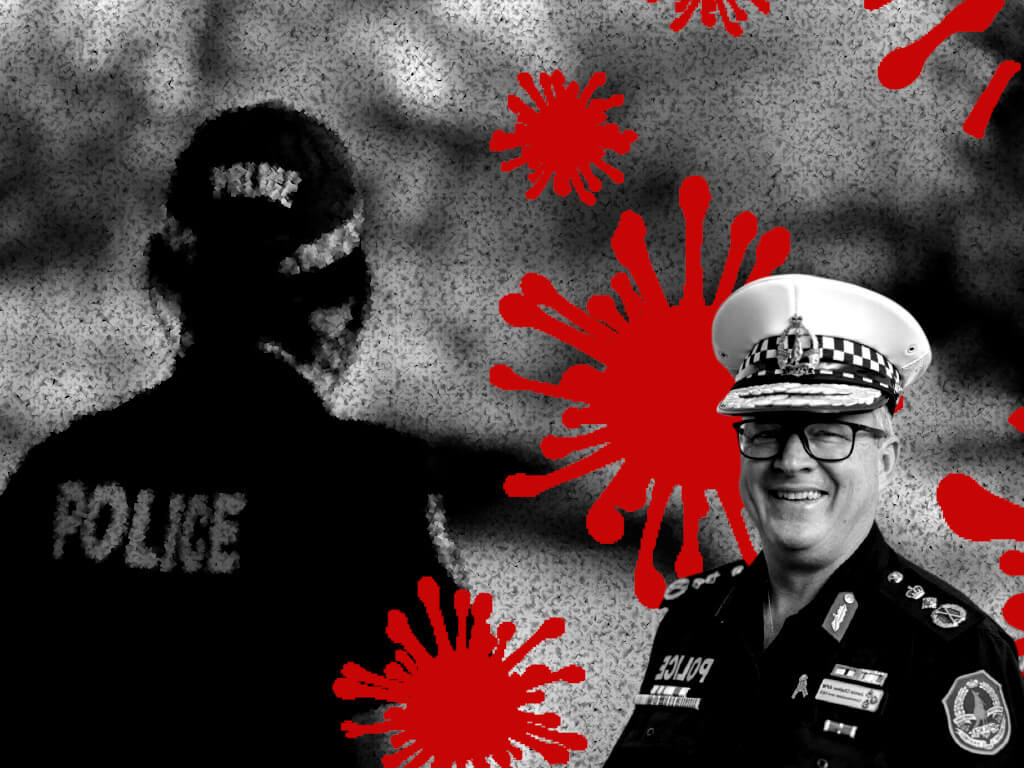 Police Commissioner Jamie Chalker has told staff that he is “now of a view” that all members of police should be subject to mandatory COVID-19 vaccinations, according to an internal email sent by the Acting Assistant Commissioner People and Cultural Reform obtained by the NT Independent.

The email sent to staff on Friday morning said Mr Chalker had “carefully considered the matter” and was giving attention to the health and safety of the force and allowing it to function if there was a COVID-19 outbreak in the Territory.

It said Mr Chalker was “now of a view that he needs to issue a direction to mandate COVID-19 for all members of the NTPF.”

“As you are aware there are examples of such directions in other jurisdictional police forces,” the email states.

The executive memo said consultations with the Northern Territory Police Association would occur and a draft policy would be shared with them once available.

Fire and Emergency Services workers are not believed to be part of the direction.

NT Police Association president Paul McCue told the NT Independent the union was generally supportive of police members getting vaccinated, but that some members would have legitimate reasons for not being able to get vaccinated.

He said the association was waiting on legal advice around what rights police members would have when the Commissioner enacts the mandatory vaccination order.

“We are not aware of the detail in what they are proposing and while we wait for that detail, we are obtaining advice on behalf of all members,” he said.

“We will continue to support all members and ensure the safety and wellbeing of our members is first and foremost.”

It cites an August 30 internal email that proposed those NT Police, Fire and Emergency Services staff who refused to get a COVID-19 vaccination could soon be required to wear a mask while on the job. The email said feedback from the unions was stilling be processed on that measure.

It was unclear if that was still an option after the mandatory vaccination order is applied.

Links to booking a vaccine appointment and a vaccination registration form are provided at the bottom of the email.

Michael White is the Assistant Commissioner People and Cultural Reform, however the NT Police website does not say who is acting in his role. 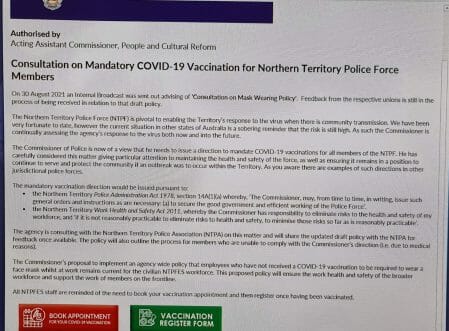 The internal email about mandatory vaccines.