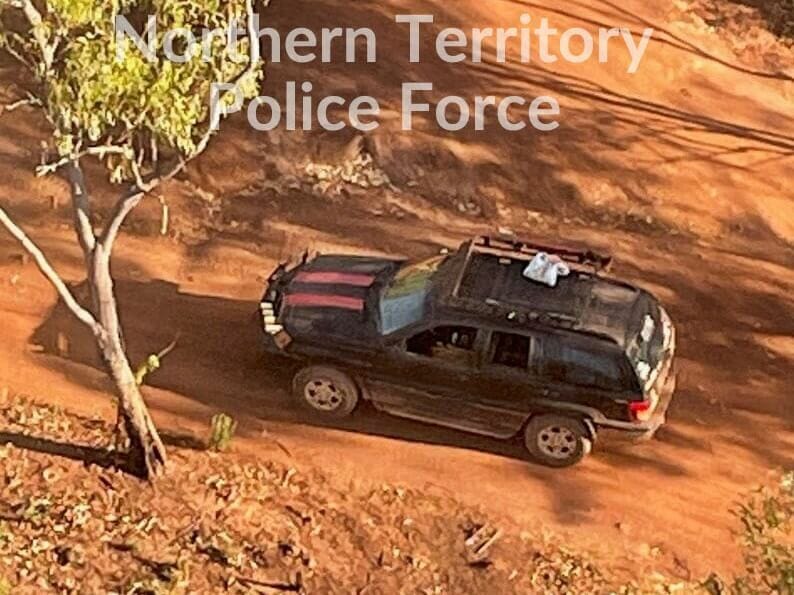 Police are asking for the public’s help identifying a black SUV spotted near Murrumujuk Drive, Gunn Point last Wednesday that could assist with an ongoing investigation into suspicious fires in the area.

NT Police have released an aerial photo of the black SUV taken during aerial patrols.

Sergeant George Watkinson said firies responded to multiple grass fires last week in the Gunn Point area which they believe to be suspiciously lit on a fire ban day.

Grass fires had started in the bushland off Murrumujuk Drive on September 8, which was under a 24-hour fire ban, firies said.

Bushfires NT had advised the public prior to that date that “no one should be allowed to light a fire or cause a fire to be lit in the open in the portion of the Northern Territory within the fire ban areas.”

Police believe the black SUV pictured in the area can assist with enquiries.