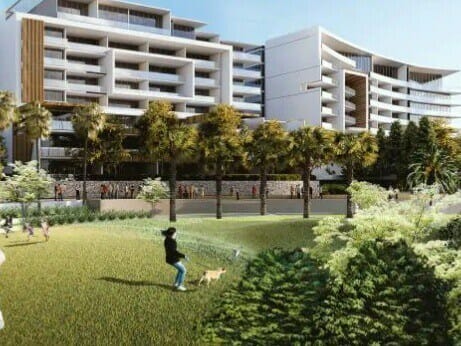 A statement issued by Ms Lawler said she would not allow the rezoning to take place to permit high and medium residential development citing “concerns of the community”.

“Projects that bring economic value to the NT should align with community expectations,” Ms Lawler said in the statement.

“I have listened to the concerns of the community regarding this application.”

It was not revealed if the Minister’s decision contravenes the Planning Commission’s report into the proposed development that was delivered to Ms Lawler last month.

Ms Lawler said her reasons for disallowing the rezoning included that the “scale and density” of the proposed development does “not fit with the existing character” of the neighbourhood; that the development application did not appropriately take the Botanic Gardens into consideration; and that questions of whether the existing road network could handle the influx of vehicles were not answered.

The project was proposed by Makrylos Developments that would have seen up to 500 apartments in three- to eight-story blocks and townhouses built in stages over 20 to 30 years.

The developer claimed recently that the project would inject $800 million into the economy and create 1300 jobs and had publicly questioned why Ms Lawler was taking so long to approve the development after receiving the planning commission’s report in June.

The recent CommSec state of the states report found the NT continued to be the worst performing economy in the nation with construction work declining annually by 30.7 per cent.

The project had been opposed by residents and the Planning Action Network.

The NT Planning Commission is now reviewing the Darwin Inner Suburbs Area Plan relating to The Gardens “in the context of my decision and to ensure the plan reflects current community values”, Ms Lawler said.