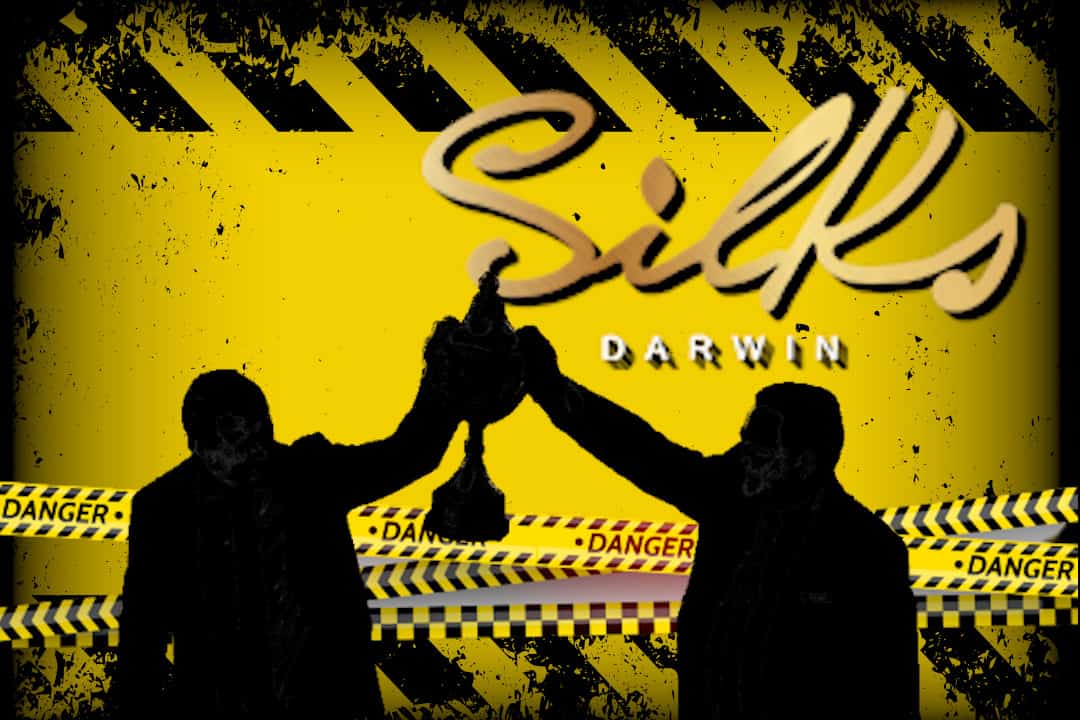 The Darwin Turf Club’s newly constructed Silks Club is alleged to be “unsafe and not suitable to occupy”, according to a whistleblower who has lodged a formal complaint with Northern Territory authorities over several alleged building non-compliance issues that “could put lives at risk”.

The complaint comes as the Turf Club gears up for the annual Darwin Cup races this weekend, where nearly two thousand drunken revellers are expected to occupy the new club.

According to the formal complaint, obtained by the NT Independent, eight serious non-compliance issues have been raised concerning the Silks Club building, including insufficient structural design for a building holding more than 300 people; no fire sprinkler system in contravention of code and improper space for emergency exits to “enable safe evacuation” in the case of a fire or other emergency. 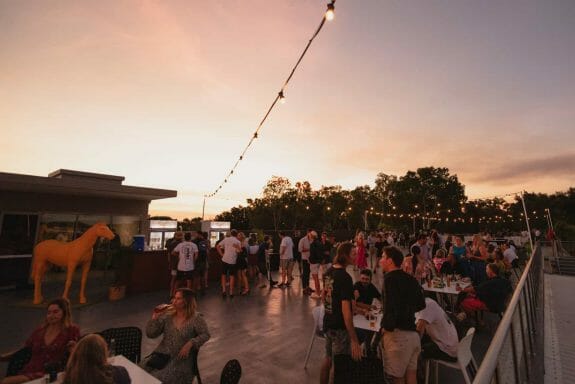 Documents obtained by the NT Independent also show the actual floor size area of the building is approximately 4,280 sqm, nearly double the 2198 sqm that was approved on original plans and used to determine safety requirements.

According to building standards, anything above 3500 sqm requires sprinklers and should have been considered under a different type of construction code that would have required more fire resisting protocols and strengthening of the building, taking it from a type ‘C’ building to type ‘A’.

“It appears evident and likely that the minimum necessary requirements of the Building Code of Australia have not been imposed on recent building works,” the complaint letter stated.

The building was built by local developer Jaytex, which is also the company owned by Turf Club chair Brett Dixon.

Jaytex general manager Matthew Moss did not respond to a series of questions about the safety of the building ahead of this weekend’s Cup Carnival and other  questions directly relating to the allegations the building is unsafe.

‘It could be a matter of life and death’: allegations very serious says industry expert

It’s unclear how the building passed the regulatory approval processes with the alleged outstanding issues, but a local industry expert who asked not to be named, told the NT Independent the allegations were considered extremely serious, given the potential for a public safety disaster.

“Everything mentioned all links to create a perfect storm and that’s what’s concerning in my mind,” he said.

“Firstly, the building’s bigger than what (they) said – 2000 sq metres bigger is a lot different than 20 metres – that’s pretty big. Then to be allowed to have more people in areas than you are allowed and you have to get them out through a narrow egress pass and then no emergency lighting to help them get out of there.

“It could be a matter of life and death.” 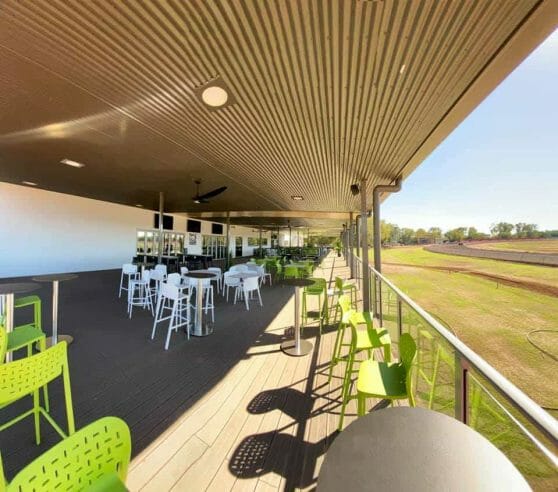 The formal complaint from the whistleblower included hundreds of pages of documents around the building process, including certificates of structural design, building permits, applications for permits made by the Turf Club to the NT Government, inspection certificates and the occupancy permit.

An earlier version of the occupancy permit shows the number of people allowed in the facility’s different sections was reduced by the time the final permit was issued, but is allegedly still in excess of proper occupation guidelines.

The final permit also allowed for 584 people on the ground floor deck area – a section that wasn’t included in the original occupancy permit.

MORE ON THE TURF CLUB

According to the formal complaint, the fire exits currently in place at the Silks Club do not meet industry requirements because they are too small for the amount of people permitted in the different areas. It’s also been alleged there is no emergency lighting and a lack of exit signage.

“The first floor viewing platform … (has) 2 metres of unobstructed egress width (which) permits a maximum occupancy … of 200 persons, not 344,” the complaint letter stated.

Copies of emails between the building certifier and Police Fire and Emergency Services show there were “defects” found during a fire inspection in late May, relating to the building’s NT Fire Alarm System Transmission – the real time application that ensures 24-hour fire monitoring, which appears to have been corrected in a day.

One email from the building certifier to fire services, dated June 2, states that the Turf Club was still getting fire safety issues in order before opening on June 5.

“Apologies for the push,” the email to fire services states. “Silks are trying to open on Friday. Are you able to confirm NT FAST requirements have been meet (sic) so that I may issue the Occupancy Permit”.

An hour and a half later, fire services stated the requirements had been met and the permit was issued.

Police, Fire and Emergency Services did not respond to questions over why fire safety inspectors did not pick up on any of the discrepancies between the original drawings and the certificate to occupy when they signed off on the building. 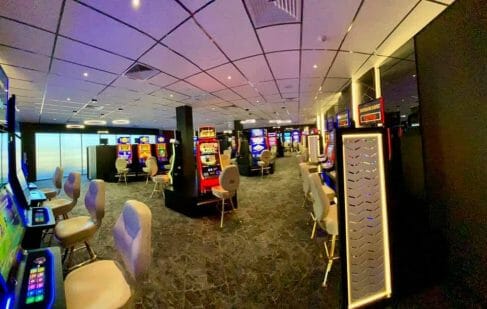 The complaint letter and documents, which was sent to the Department of Infrastructure, NT Police Fire and Emergency Services, the liquor licencing board and the responsible ministers, raised further safety concerns given that many who will occupy the building this weekend will be intoxicated.

“It is likely the potential to cause serious and imminent risk to the health and safety of any persons occupying the building exists,” it stated.

“Considering the nature of the building is public occupancy, your immediate investigation and intervention in any further occupancy is warranted.”

The letter also attached sections of the criminal code referencing the penalties to public authorities if they fail to act in the course of their duties.

The building industry expert the NT Independent spoke with said that the non-compliance accusations were very serious.

“With all the background information, it couldn’t be considered frivolous or vexatious and it’s not unsubstantiated,” he said. “It’s a serious risk.”

Questions were also sent to the Department of Infrastructure, the director of liquor licencing and the Turf Club, but none of the concerned parties responded by deadline. 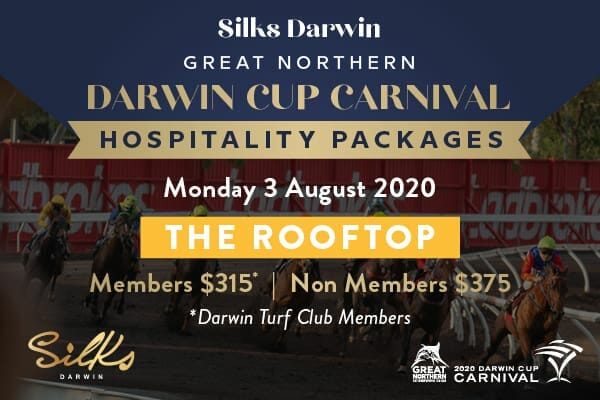 A promotional image for a Darwin Cup function at the bar.