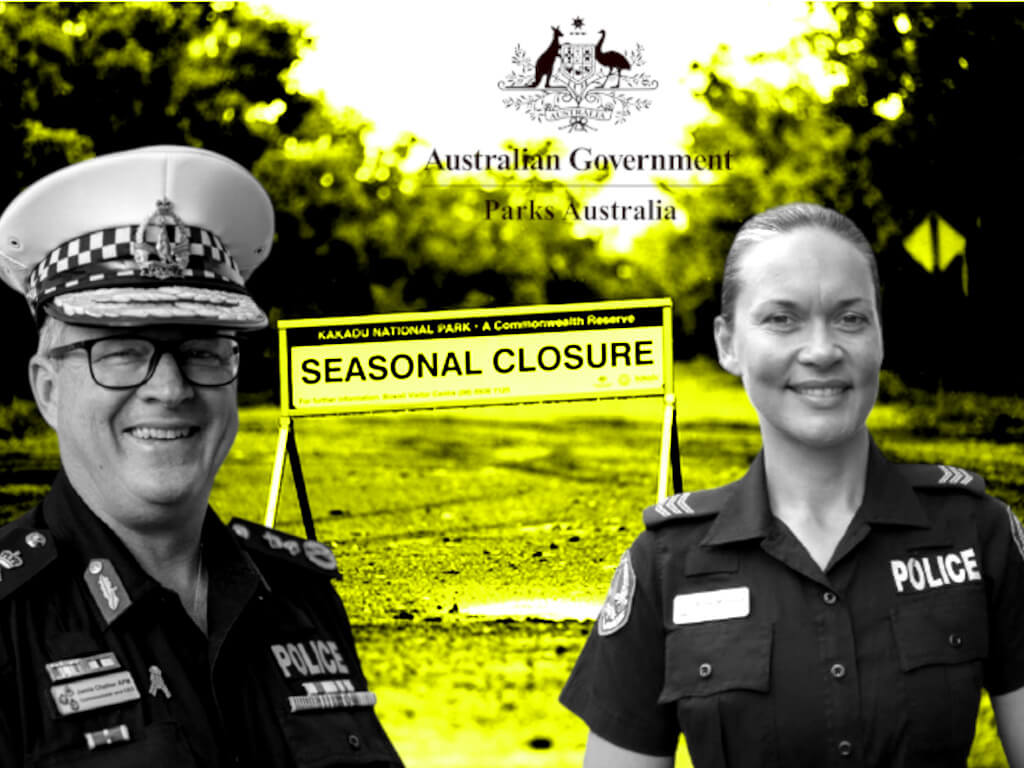 Parks Australia has confirmed it is investigating the helicopter rescue of a group of people, including an NT Police superintendent, from Kakadu National Park after the four allegedly ignored road-closed signs and bypassed locked gates to get into the area before being stranded by a flooded river.

The four were made up of two couples who did not know each other, and who became cut off from the road back to the Kakadu Hwy by the South Alligator River after heavy rain.

Acting-Superintendent Renae McGarvie and her husband were one of the couples who had to be rescued in a joint operation between NT Police and Parks Australia last Thursday.

In a statement, Parks Australia spokesperson Chris Smyth did not address the NT Independent’s specific questions, but did confirm the authority was investigating after rescuing an undisclosed number of people near Gunlom Falls in the Mary River region in the south of the park.

He did not say what they were investigating, what potential federal laws were broken, how much it cost to rescue the people using a helicopter, or if they were seeking to recover the costs.

Several sources said there is a sign at the turn off from the Kakadu Highway stating the area where the people were going was closed for the Wet, followed by a temporary road closed sign across the road further along, and finally locked gates before a single lane bridge across the South Alligator River, just where the road hits a T-intersection, which in one direction goes to the falls.

Mr Smyth did confirm parts of that region were closed primarily because wet season conditions made public access unsafe.

NT Police did not issue a media release about the rescue, or the alleged law-breaking, and media manager Rob Cross did not respond to questions about potential charges over the incident or disciplinary action against Supt McGarvie, or how not reporting the incident fitted with NT Police’s own transparency guidelines.

In September, Police Commissioner Jamie Chalker said no disciplinary action would be taken after Deputy Police Commissioner Murray Smalpage “inadvertently” recorded himself suggesting that a group of police officers should be called a “murder” and live-streaming it to Facebook.