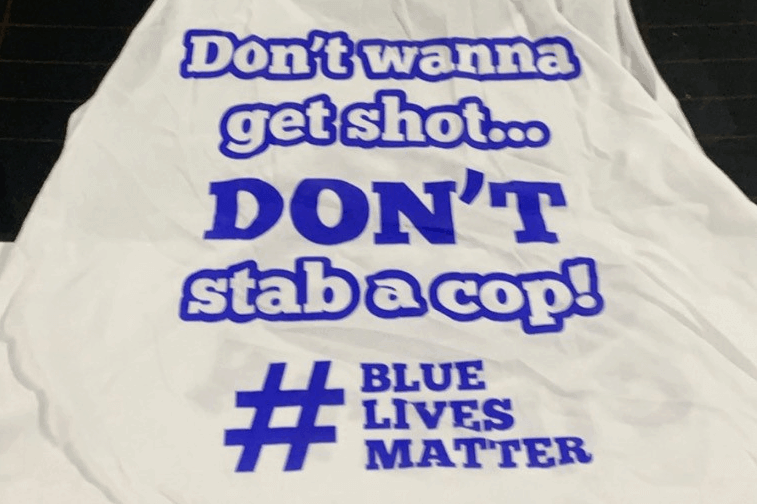 A 61-year-old police officer has been dismissed from the Northern Territory Police Force after printing singlets with an “offensive” reference to the fatal police shooting in Yuendumu late last year.

The officer had been suspended from duty without pay in April for “serious breaches of discipline pursuant to the Police Administration Act 1978”, according to NT Police.

A police statement in April said the officer was allegedly responsible for the production and distribution of clothing that displayed highly inappropriate content.

An image posted to Facebook in early April showed the singlets printed with the words ‘Don’t wanna get shot … Don’t stab a cop!’ #bluelivesmatter.

The phrase was a reference to the fatal shooting of 19-year-old Kumanjayi Walker in the remote central Australian community of Yuendumu last November.

NT Police Constable Zachary Rolfe was charged with one count of murder over the shooting and intends to plead not guilty.

Assistant Commissioner Michael White APM said the actions of the officer were disgraceful.

“For a serving officer to be involved in this behaviour brings disrepute to the entire police force and this behaviour is unacceptable,” he said in April.

“I reiterate the Commissioner’s apology to the community for the conduct of this member.”