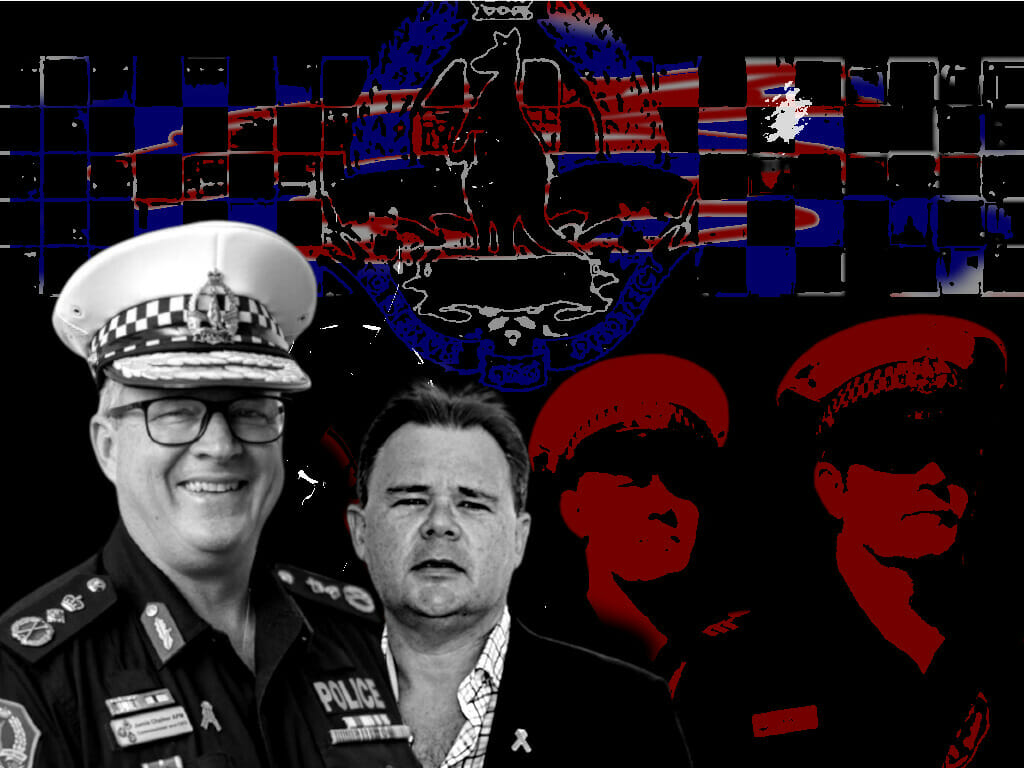 NT Police Association president Paul McCue has rejected ongoing concerns that his failure to criticise Police Commissioner Jamie Chalker or hold a Territory-wide vote of no-confidence is the result of being “compromised”, telling local radio that is “completely untrue”, but adding the vote may not occur at all.

Mr McCue, who has refused to respond to the NT Independent’s questions, appeared on Mix 104.9 Tuesday morning where he said the NT Police force was “unwell”, but laid the blame on Minister Nicole Manison and refrained again from criticising Mr Chalker for a number of failures of leadership, including a senior officer being suspended without pay over the weekend for voicing concerns shared by a large section of the membership about the executive’s “authoritarian” management style and rush to charge Constable Zach Rolfe.

Mr McCue defended the slow progress establishing a Territory-wide no confidence vote on Mr Chalker, which has been demanded by at least three branches of the NTPA, but said he was not compromised or “exposed”.

“Our job is to put those motions to our full regions to have a discussion about … it doesn’t mean it happens overnight.

Mr McCue said “we got to stop pointing fingers” and “start working together”.

He then claimed the union would not be taking action until “such time as people provide evidence to us that he [Mr Chalker] has done something wrong in terms of that [Rolfe] matter”.

“It’s not like the NTPA can certainly walk in and say ‘your time’s up Commissioner, move on’,” he said, adding the no confidence motion could be debated at the NTPA’s annual conference in August.

“We can only express the views of the membership and that’s what we’ll do when we have the opportunity to debate the matter.”

But rank-and-file police have been escalating calls for a no confidence motion in Mr Chalker and his deputy Murray Smalpage, which ramped up even further over the weekend, when 25-year police veteran Sgt Mark Casey was suspended without pay by the top brass after penning an opinion piece in the NT Independent in which he was critical of Mr Chalker’s leadership and involvement in the rushed decision to charge Constable Rolfe with murder.

“We’re not condoning what he [Sgt Casey] did,” Mr McCue said, adding that the union was nonetheless providing support to Sgt Casey.

He also said that suspending him without pay while others accused of serious crimes had retained their pay while on suspension was “harsh” and committed to seeking to have the suspension overturned by the “department”.

“We’re helping him through what’s a very difficult time and you know, the bigger picture is why did he feel the need to do that?” Mr McCue said.

Mr McCue was also asked about another well-respected, recently retired officer taking his own life over the weekend, marking the third suicide in less than three months.

He said the government and the executive had agreed to conduct a review, but failed to provide details of what it would look at. He said he was optimistic the review would result in “more investment from government at the front end of members careers and at the end of their careers. And in fact, throughout their entire career and … we need to make sure there are sufficient services in place”.

He added that resourcing issues and increased workloads had resulted in some officers taking sick leave in order to get a break, with others clocking high overtime rates.

“The police force is hurting,” he said.