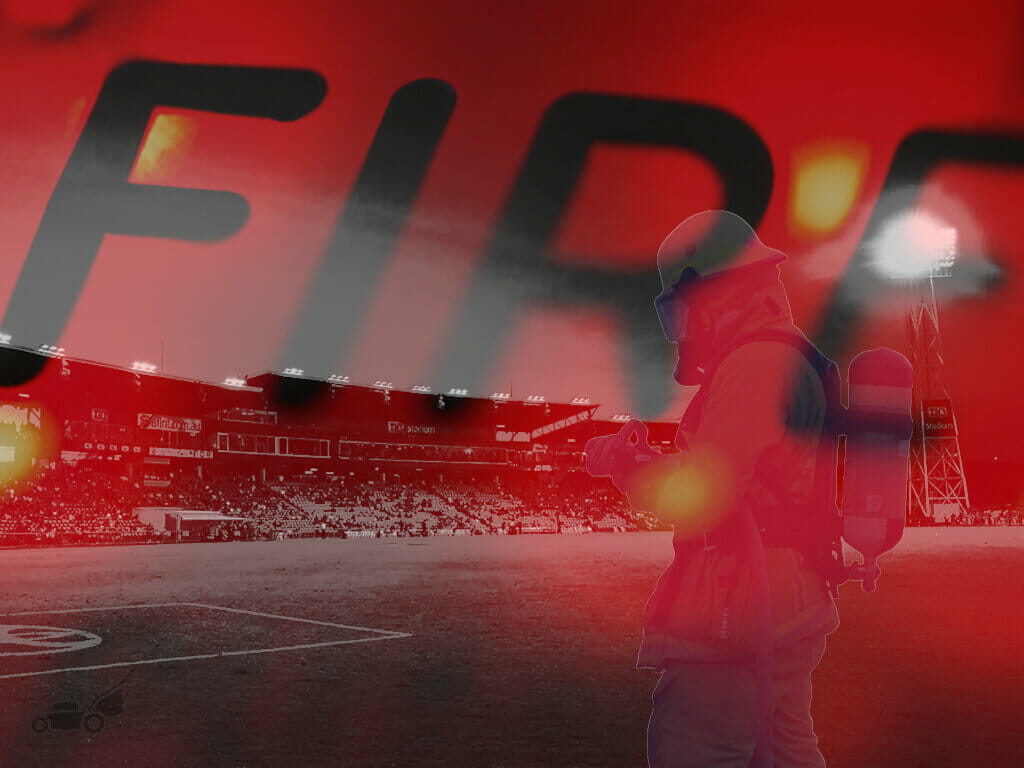 The NT Government, NT Major Events Company and the AFLNT have all refused to explain why the fire alarm system at TIO Stadium was disabled for events at the uncertified building in the past, but not for the Parramatta Eels NRL game last Saturday.

The government has struggled to certify the building for occupancy due to ongoing serious public safety issues including electrical issues, improper emergency exits and substandard fire hydrant water pressure and has been allowing people to enter under a ministerial order that exempts the stadium from requiring an occupancy permit.

The NT Independent revealed last week that the fire alarm panel had been disabled for March’s AFLNT Grand Final, which prevented emergency alarm notifications from being sent to Fire and Rescue Services in the event of an emergency.

The NT Independent understands the stadium has had its fire panel isolated during major events for at least the last two years.

However, photos of the fire panel at Saturday night’s Parramatta – North Queensland NRL game show the system was not isolated and was in the proper functioning position, meaning if an emergency had occurred, authorities would have been notified for the first time in at least two years.

The practice of isolating the fire panel system was criticised by a fire services expert who called the practice dangerous and potentially life-threatening.

The source, who has years of industry experience in the NT, said last Friday that isolating the fire panel system could “cost lives” and create “delays, confusion and mistakes” in the event of a real emergency at the stadium.

“Even if they have someone on site, the delay would be many minutes and they would need to respond to the panel to see what alarm is active, check if there is a fire, then activate the fire brigade,” said the source.

“If this is the plan they have, it is dangerous and it will cost lives if there is an incident.

“If that is their plan, it has been made without any professional consultation.” 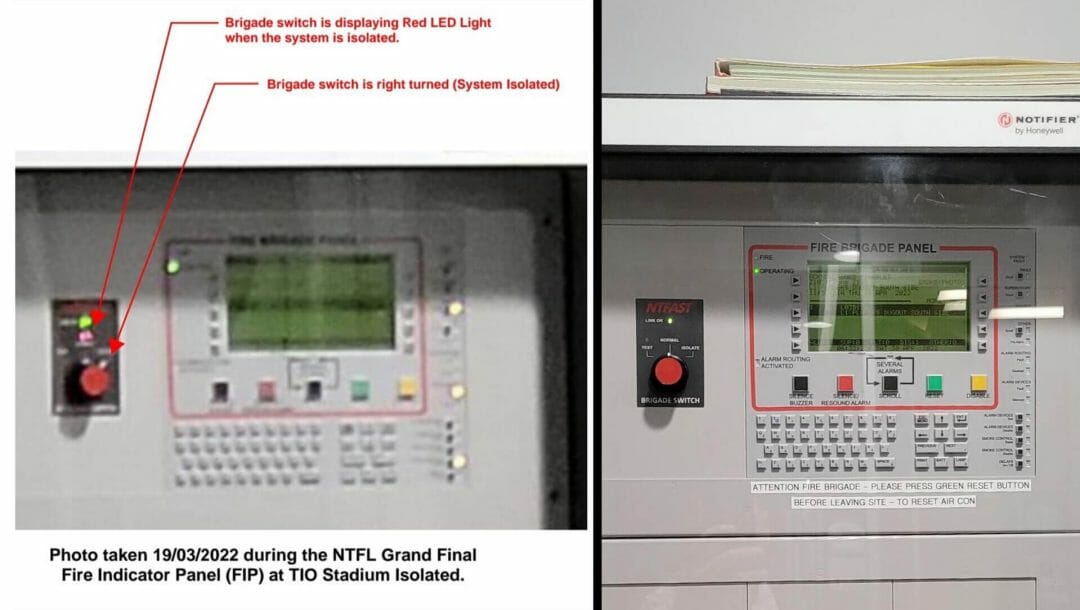 Photo on left shows the fire panel in ‘isolated’ position for the Grand Final while on right, the panel is in ‘normal’ position during Saturday’s NRL game.

AFLNT admitted last week that it routinely disables the fire alarm system during events, but did not explain who advised them to do that or if their insurer had been notified. They claimed it was “common” at other “similar facilities” across the country.

The organisation, which is officially the occupant of TIO Stadium, also said the plan was registered with NT Fire and Rescue Services, which would have records of every time the fire panel was disabled.

As part of the “procedure”, “qualified technicians” monitor the system, a spokeswoman claimed, and activate the alarm when, or if, they determine that a fire has started.

“In the event of a fire, technicians will activate the system which will in turn alert the Northern Territory Fire and Rescue Service (NTFRS). 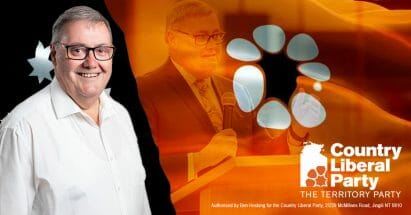 The AFLNT did not respond to follow-up questions about why they de-activate the alarm system for events when NT Major Events – which had control of the NRL game on Saturday – did not.

NT Major Events also did not respond to questions, including why they did not isolate the fire alarm system on Saturday and on whose advice they acted.

A spokeswoman had claimed that the Department of Infrastructure had provided information to the ABC about the issue, which the NT Independent understands was similar in nature to the comments provided by the AFLNT.

NT building controller Mark Meldrum, DIPL chief executive Andrew Kirkman and Minister Eva Lawler all refused to respond to questions about public safety issues at the stadium, including why the fire alarm system was disabled for some games but not others.

The ICAC launched a formal investigation after Ms Lawler made the ministerial order to exempt the stadium from requiring an occupancy permit while preliminary enquiries were underway.