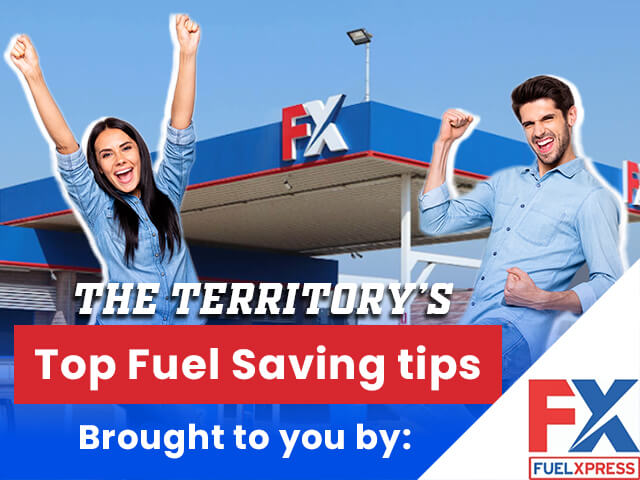 As fuel prices continue to burn a hole in your pocket, the NT Independent continues to share ways and means to help Territorians. And we are going to use fictional Territorians, Matto and Mary, to show you how to save money on fuel.

While the Federal Government’s Green Vehicle Guide states that driving at 110 km/h, your car can use up to 25 per cent more fuel than it would at 90 km/h.

This means a trip to Darwin from Katherine can cost you half the amount if you are willing to take an extra hour. Based on NT Independent calculations, at today’s fuel prices and depending on your vehicle, this is going to save you a lot.

Even using a saving of 30 per cent in a economical family car, would lead to a saving of more than $50 on a round trip to Katherine. And if you’re in your pig hunting LandCruiser, the round trip with a lead foot will cost you at least $100 more.

Let the NT Independent put this in further context for you.

To get to work, Matto drives from Humpty Doo to Winnellie, which is about a 70km round trip every day, in his 2010 petrol Toyota Hilux which consumes 10.5 litres at 100km/h. The speed limit is 100km/h for about 20km on the way in, and 80km/h until the end of his commute on the Stuart Hwy -Tiger Brennan Drive route. 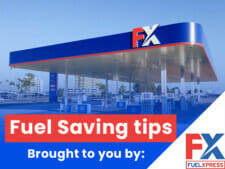 Driving at a lower speed saved Matto 2.2 litres each week (approximately $4 per week). Now everybody driving from the rural area is aware that it is not a drive to the city without getting nine out of 10 red lights.

With a slower driving speed, Matto can now employ the ‘accelerate moderately, coast when you can’ driving rule since more fuel is used accelerating from stoplights or traffic, especially when you often use your brake at the next set of lights.

A weekly savings of $4 does not include Matto’s now controlled acceleration in between traffic lights and his newly found maxim ‘turn your air-con off in the Dry rule’ courtesy of the NT Independent’s previous fuel-saving article. With a ‘suck-of-thumb’ analysis, we have helped save Matto at least $8 per week.

Mary dives an economical 2015 Mazda 323. After passing the eight or so set of traffic lights every 46 meters ‘up top’ she comes to a nice cruising speed through to the city via Tiger Brennan Drive for about 20km, and for 14km of that she can drive at the more economical 90km/h in the 100km/h speed limit zone.

The Mazda consumes 6 litres of fuel per hour at 100km. A week of reducing her speed to a maximum of 90km/h sees her saving around 1 litre of fuel again, not allowing for her new Zen approach to accelerating out of the lights, and sacrificing her hairstyle by having her car’s window open.

Both drivers can thank Fuel Express for bringing them these fuel-saving tips.

How to save fuel costs by restricting air-con use:

If you turn off your air-conditioner over the next four months of the dry season in the Top End, or in the cooler months further south, you will be able to reduce your fuel consumption.

While various studies have different findings for potential savings depending on road, traffic, and environmental conditions, as well as the age and type of your car, you could be able to reduce fuel consumption by up to 10 per cent or more.

Or you can even save money just by not having the air-conditioner set as cold – aim for 22 and 24 to degrees after you have the initial temperature down.

While the temperature in Darwin doesn’t drop that much, a few degrees cooler in the Dry, the afternoon humidity can be about 50 per cent less in July than it is in February, with significant drops in May, June, and August compared to the Build-up and the Wet.

This can make all the difference.

You can opt to just cool the interior of your car, and then rely on the fan if you are on a highway, or a dirt track. Or if you are driving around town, you can open the window (doing this at high speeds can increase fuel consumption) and let the Dry season winds do the rest of the cooling.

Or open the sun roof, or take the top off your convertible, if you want to feel really 80s Magnum PI cool.

And in the Red Centre and other regions, where the temperature plummets, you can do without the air-conditioner during those months.

How much petrol or diesel do you save with the air-conditioner off?

Depending on the type of car you drive, among many other factors, one Swiss study found the average petrol use savings with the air-conditioner off across various driving conditioners was 5.4 per cent, and up to 10 per cent in traffic, and about half of that for diesel vehicles.

The report stated that it is known from physiological studies that the average driver feels comfortably warm when the air temperature around the head is 23 degrees.

Your car’s air-conditioner is an accessory, merely an add-on to your car’s engine. Your 120Y Datsun or HQ Holden didn’t have an AC installed back in the 70s so why do you need it now?

And Mad Max didn’t need an air-conditioner either and he was cooler than anyone in the Terrritory.

So another alternative is to buy yourself a cool looking car, and you will naturally feel cooler without using an air-conditioner.

The downside being that it might be naturally a little heavier on the juice than your Corolla, even when it has the air-conditioner on full bore.

But we guarantee you will feel cool