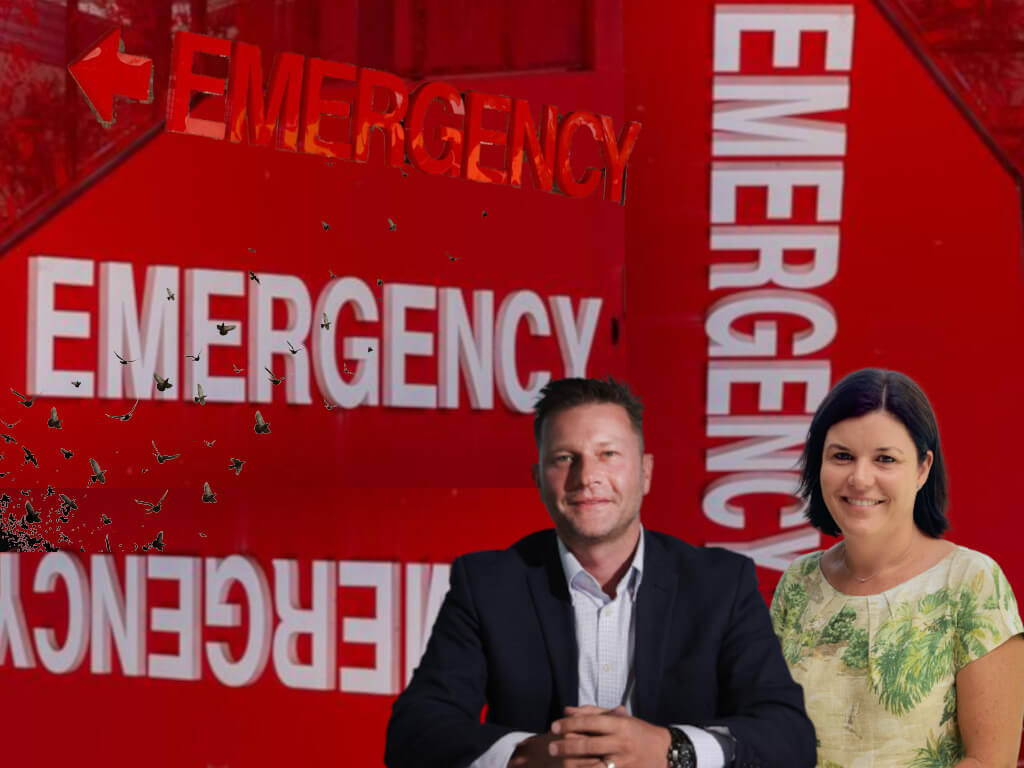 EXCLUSIVE: The NT Health Department violated government procurement policies when it awarded a controversial $700,000 consultancy contract to Ernst and Young that ballooned to more than $4.3 million after multiple variations, the Auditor General has found.

The report also shows the department and Health Minister Natasha Fyles misled the public about how the massive contract was awarded to the consultancy firm without going through a public tender process.

While the Auditor General’s report did not name Ernst and Young directly, the NT Independent has confirmed the company is the consulting agency referenced in the report that was tabled in Parliament on November 30.

The original contract was awarded in April 2020 to Ernst and Young – the company that employs former NT Department of Business chief executive Michael Tennant – for a review into the department’s COVID-19 response, but quickly grew to include everything from a review into inter-hospital patient transfers to a complete organisational restructure of the health system in the Northern Territory.

It remains unclear if the massive breach of policy involving millions of taxpayer funds will be referred to the ICAC for investigation.

The consultancy contract to EY raised suspicions last year when it was first revealed the then-estimated $582,000 contract did not go to public tender and was instead awarded through “direct contracting”, which a health department spokeswoman said in media reports at the time was permitted under the Emergency Management Act.

However, Ms Crisp found that was not true.

“Neither the (procurement plan) nor the (chief executive’s) memorandum refer to the procurement being undertaken under the exemption provided by … emergency exemption,” she wrote in her latest report.

“The criteria for the awarding of the contract as ‘direct contracting’ was not met by the agency.”

Health Minister Natasha Fyles said in April that the full cost of the contract would not be publicly released and repeated the line that an “emergency procurement exemption” was used in the early days of the COVID-19 pandemic not to go to public tender.

The Opposition at the time questioned the total value of the secret contract, which it has now been revealed was more than eight times the figure previously disclosed.

Ms Crisp’s review into six “procurement activities” between the department and EY between July 1, 2019 and March 29, 2021 found the department “did not comply in all material respects with the procurement rules” for two contracts, did overall comply with three procurements but with outstanding non-compliance issues, and that the department refused to provide documents relating to another contract that involved the review of inter-hospital transport services in Darwin.

Recently appointed Health Department chief executive Frank Daly last month sent an internal email to staff reminding them of their duty to complete a conflict of interest declaration if involved in the department’s procurement activities.

“This conflict of interest declaration and proposed actions to manage the conflict must be approved by the appropriate delegate prior to your continued involvement in the procurement process,” Dr Daly wrote in the email to staff last month.

The Auditor General report shows variations of the six contracts with EY ranged from $140,000 to $1.5 million.

“The significant number of high value variations is indicative that the scope of works was not well considered nor well defined at the outset.”

Former high-ranking public servant refuses to comment, nobody held accountable for lying to the public

Mr Tennant left his role as chief executive of the NT Department of Business, Trade and Tourism in 2019 and was hired as an “associate partner” at Ernst and Young in Darwin. It’s understood Mr Tennant is now an executive director with the consultancy firm.

He had been tasked with managing the contract for the restructure of the NT’s health system that saw Central Australia Health Service, Top End Health Service and NT Health integrated into one mega-entity.

Mr Tennant did not respond to phone calls yesterday.

Ernst and Young also did not respond to the NT Independent for this story.

The Department of Health also did not respond to questions. In a statement contained in the Auditor General’s report, it stated that it “takes on board the [AG’s] recommendations and continues to strengthen its capability in procurement and contracting”.

The department refused to say why it lied to the public about the initial contract being awarded under emergency powers when asked by the NT Independent.

Health Minister Natasha Fyles also refused to offer comment on why she misled Territorians about the original contract being awarded under “emergency exemptions” or if anyone would be held accountable for the breaches of procurement policy.