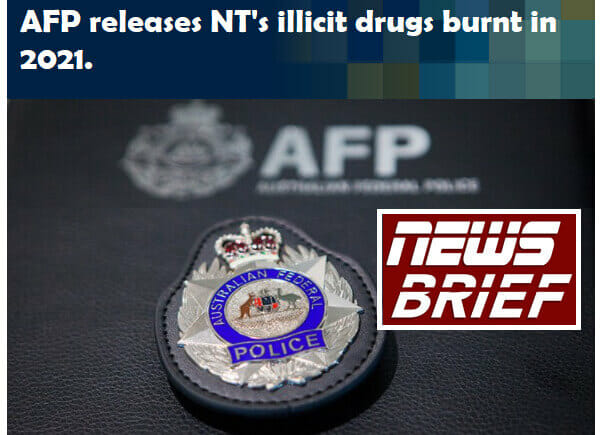 The AFPs Northern Command, which covers Northern Territory north of the town of Katherine and Queensland, burned 1.9 tonnes of seized drugs, including 680kg of stimulants such as methamphetamine and MDMA, 530kg of cannabis and 200kg of cocaine.

The AFP’s Western Central Command, which encompasses The Northern Territory up to Alice Springs, Western Australia and South Australia, destroyed almost 900 kilograms of illicit drugs, including more than 260 kilograms of stimulants and 505 kilograms of cannabis. All the illicit drugs were burned under the program.

Heavily-armed AFP members monitor every step of the destruction process and remain on site until every ounce of the drugs has been destroyed.

Every gram of illicit drugs seized by the AFP is destined for destruction once properly documented for court purposes.

More than 25 tonnes of illicit drugs, equivalent to the weight of four large adult male African elephants, have been destroyed at specialised furnaces across the country. The temperatures in the furnaces reaching up to 1400C.

The AFP’s drug destruction program has burned more than $5 billion worth of illicit drugs in 2021 in Australia.