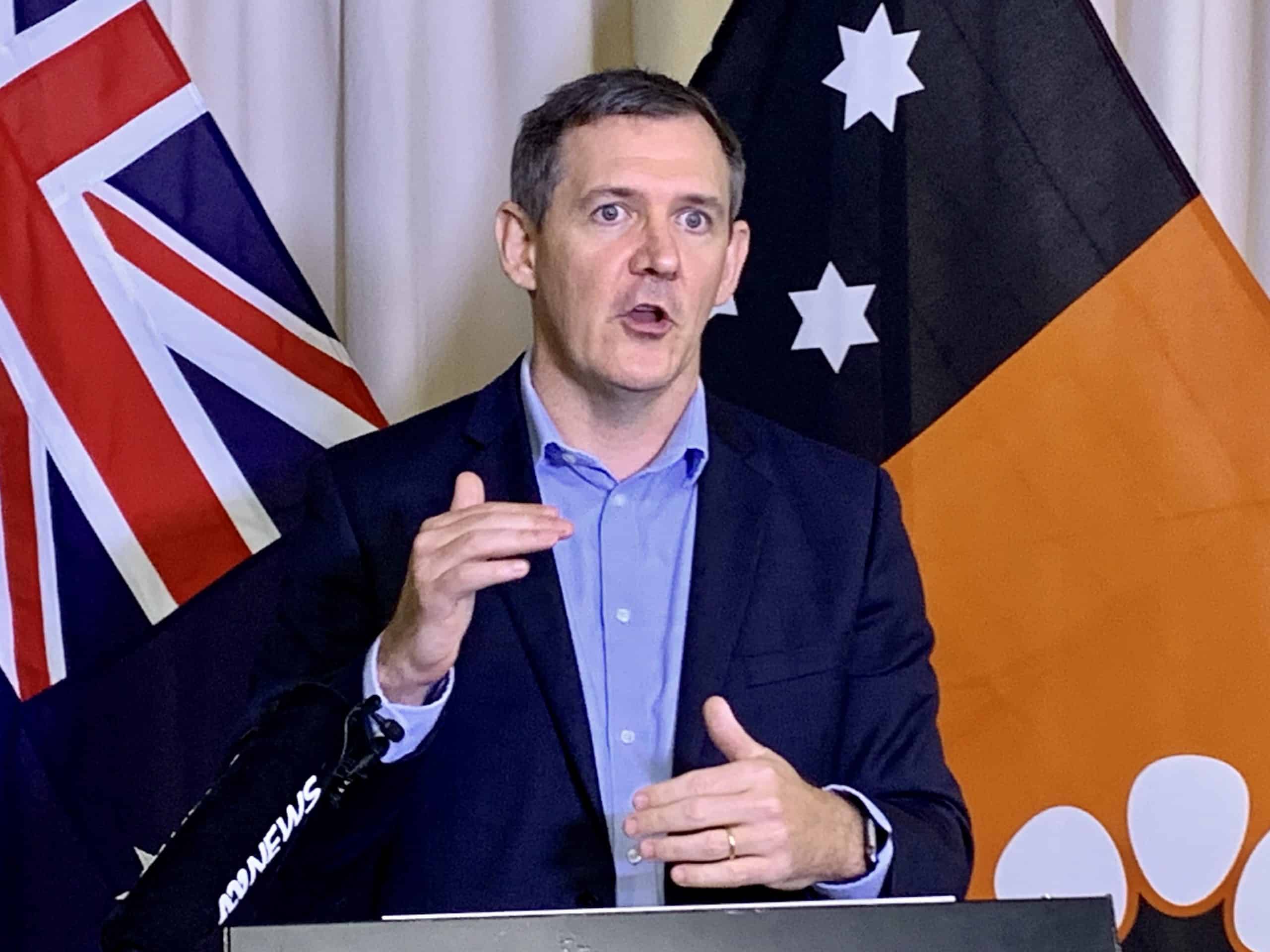 The NT’s Chief Health Officer has said it is safe to open the Territory’s borders immediately, despite Chief Minister Michael Gunner’s decision to wait another four weeks to allow interstate visitors in.

Mr Gunner announced today that the Northern Territory’s borders will reopen on July 17, saying he arrived on that date after meeting with Chief Health Officer Hugh Heggie earlier this morning.

But in an apparent messaging ‘mix up’, when asked this afternoon in the Public Accounts Committee hearing if the NT’s borders were safe to open immediately, Dr Heggie confirmed he believed they were.

“Yes I do,” Mr Heggie responded.

“So today, based on the current data and epidemiology around Australia and the other jurisdictions, I provided that advice to the Chief Minister that it was safe to open the borders at this point in time.”

Opposition Leader Lia Finocchiaro moved to confirm if Mr Heggie was implying it was safe to open the borders immediately.

“So just to clarify, the Chief Health Officer’s advice is it is safe to open now, but the agreed approach is for two (14-day COVID-19 replication) cycles,” she asked.

However, Mr Gunner said he believed there was a mix up in communications with Dr Heggie.

“No that’s word play … first of all it is my decision (and) I’m very comfortable to own it, my decision based on all the best advice I’ve received,” he said.

“But that’s not the way it was phrased to me by the Chief Health Officer … it was based on the advice of the community transmission rates down south … that it is safe today to make a decision about the opening of the borders and that two replication cycles are necessary caution to make sure that decision is not a mistake.”

On Wednesday, Ms Finocchiaro said she had met with Dr Heggie and while not divulging the nature of the discussion, called for the borders to be opened this Monday, June 22, which she said could be done safely.

When prompted by Mr Gunner at the PAC hearing, Dr Heggie confirmed his advice was that it was safe to open the NT’s borders following a recommended 28-day assessment period – which is the two COVID-19 replication cycles.

Dr Heggie then exited the hearings hastily to attend another meeting that Mr Gunner said he “didn’t know about”.