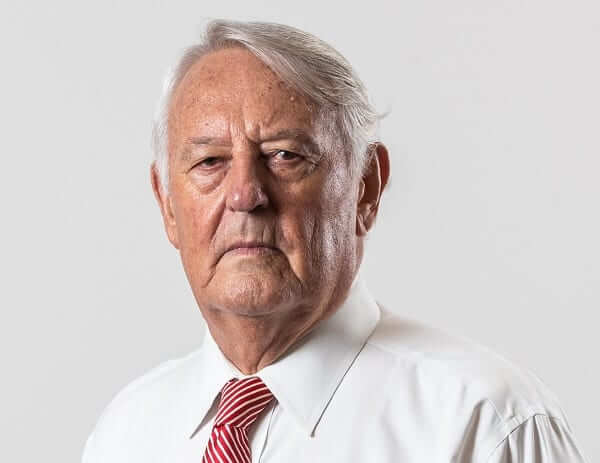 The NT’s Independent Commissioner Against Corruption Ken Fleming has announced he will retire from the role in July – after three years as Commissioner overseeing the establishment of the Office of the ICAC.

In making the surprise announcement, Mr Fleming said in a statement on Thursday afternoon that he will return to Queensland later this year. He had been in the role as the NT’s first anti-corruption Commissioner since July 2018 and had two years remaining on his contract.

“It is with regret that I announce my retirement as the Northern Territory Independent Commissioner Against Corruption,” he said.

“2020 was a challenging year for many people, and for me reinforced the importance of being close to family.

“It has been a privilege and an honour to have served as the first NT Independent Commissioner Against Corruption and to have established an office dedicated to preventing, detecting and responding to improper conduct within the Northern Territory.

“I am confident the Office of the Independent Commissioner Against Corruption will continue to deliver on its mandate under a new Commissioner, now having the staff, systems and processes in place to do so.”

Mr Fleming added that he is looking forward to seeing “long-term operational activities” currently being undertaken by the ICAC Office becoming “apparent in 2021”.

His most consequential report to date was into the “corrupt” dealings of former speaker Kezia Purick. Mr Fleming’s report found that Ms Purick had corruptly used the resources of her office to thwart the creation of a third political party in the NT and misled investigators about it.

Ms Purick later sued Mr Fleming personally in an effort to delay criminal charges, alleging Mr Fleming did not provide her procedural fairness. The claim was rejected by Mr Fleming but the legal matter is still before the courts.

Ms Purick was forced to resign as speaker but narrowly held on to her seat in NT Parliament at the last election.

His tenure in the role was not without controversy. Mr Fleming faced harsh criticism for comments he made while attending a rally in Alice Springs for  Kumanjayi Walker in 2019.

“One of the most important messages today is ‘Black Lives Matter’,” he told the crowd. “Anybody who says contrary to that is guilty of corrupt behaviour.”

Mr Fleming later recused himself from having any role in the investigation into Mr Walker’s shooting death that saw Cst Zachary Rolfe charged with murder.

“My intention when participating in the community meetings in Central Australia was to explain our ability to independently look into these matters to the communities who are upset and seeking the truth,” Mr Fleming said in a statement at the time.

“I accept that some of my comments have led to the perception among some observers that I am closer to one side than another on this matter, and so I will no longer be involved in it.”

Mr Fleming thanked the NT Government for the support he received as ICAC, but said it was time for “fresh eyes and energy”.

“Without being ageist, I will observe the new direction of the agency with keen interest, secure in the knowledge that my successor will approach the task with fresh eyes and energy,” he said.

“I thank the Northern Territory Government for the resources provided to my office to carry out its duties.”

Chief Minister Michael Gunner thanked Mr Fleming for his service as the NT’s first ICAC and said his decision was “disappointing” but “understandable”.

“Commissioner Fleming’s dedicated and diligent work to establish the Office, its systems and its staff, means it is well-positioned for the future,” Mr Gunner said in a statement.

“Our democracy and its institutions are stronger for Ken Fleming’s service.”

A national recruitment process for a new Commissioner will “commence shortly” and will be managed by the Department of Chief Minister and Cabinet, according to a statement.