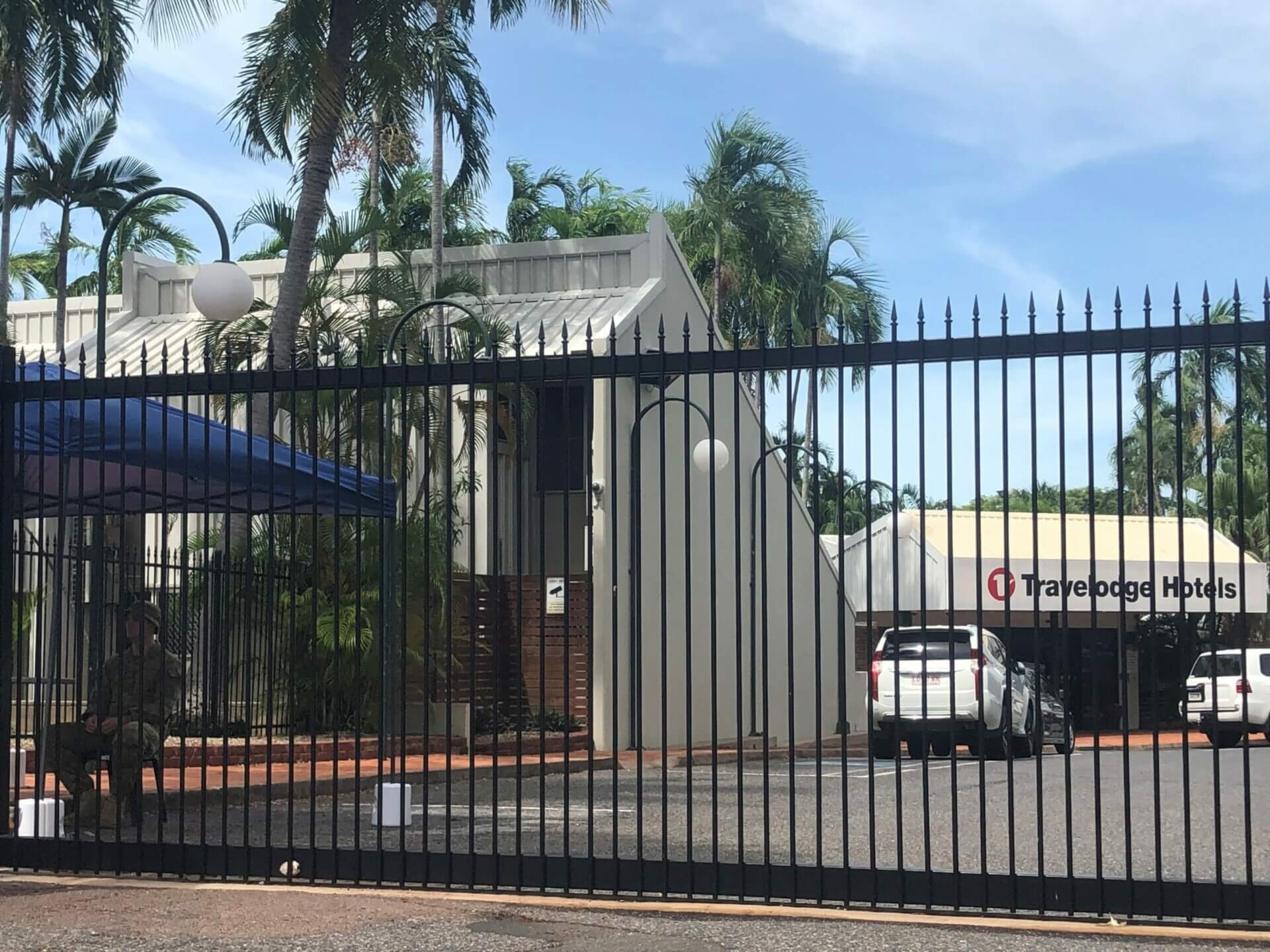 More than a week after two people in an ADF Darwin hotel quarantine tested positive for coronavirus – and four days after permitting 83 people to leave the hotel – the NT Government has now discovered the pair did not have mutant strains of the virus.

The government issued a statement on Friday afternoon stating that genomic sequencing results from the two positive cases indicate the strain of virus was not connected to the UK-strain “or any other more transmissible strains of the virus”.

The two COVID-19 positive cases were found in the hotel quarantine on January 13. NT Health officials said at the time that the 19-year-old man and 30-year-old woman were asymptomatic and taken to Royal Darwin Hospital for treatment after testing positive. Nineteen other individuals connected to the pair were also removed from the Travelodge hotel and taken to the proper international quarantine facility at Howard Springs.

The lack of information had been widely criticised, including by Dr John Boffa who suggested those in hotel quarantine should not have been released until the strain of the virus detected in the facility had been properly identified.

“It’s really important that we know before anyone’s released, and maybe the authorities, maybe they do know, maybe they’ve got this back and they haven’t made it public,” Dr Boffa told ABC Radio earlier this week.

“It’d be nice to hear from the Chief Health Officer that we’re not dealing with one of the more infectious variants of this virus which is why he’s going ahead with business as usual.

“If we are dealing with one of the more infectious variants, it’s not business as usual, you restart the quarantine period for everyone in that facility. From the moment those two people were positive.”

Chief Minister Michael Gunner said on Tuesday the government was still not sure if the positive cases were linked to the more contagious mutant strains of the virus. But people were permitted to leave the facility and travel throughout the country before the results were known.

The decision to locate the 300 ADF and foreign military officials at the CBD hotel alarmed many in the NT health community, including those who make public health decisions, who feared the quarantine was too risky and posed too great a threat of community transmission.

The ADF had argued it was necessary to quarantine at the hotel to keep space free at the Howard Springs facility. The facility at that time had about 500 people – well below its capacity of more than 3,000.

The ADF and NT Government refused to say where the military officials were from, but it’s understood the majority hail from Asian and European countries that have been identified as global high-risk areas for coronavirus.

An ADF spokesman said 181 people, including 67 foreign military officers and their families, remain in hotel quarantine. They are due to exit quarantine between January 25 and February 1, as per the original plan to vacate the hotel by the end of the month.