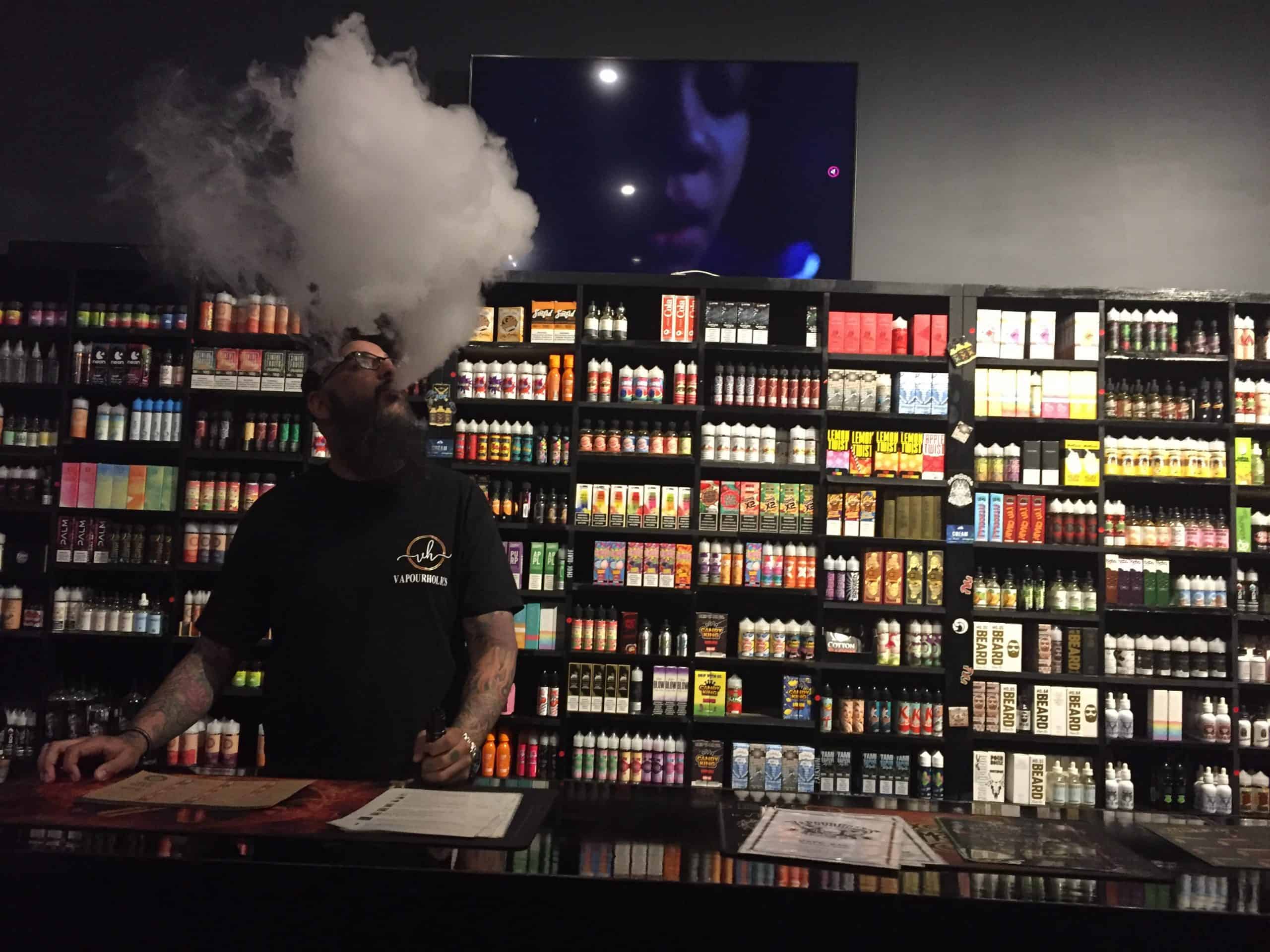 Nicotine vaping is the answer to reducing the Territory’s high smoking rates, according to Territory Alliance leader Terry Mills, who wants to introduce legislation to allow it.

Mr Mills is the head of a party with only three seats in the Legislative Assembly and facing its first election with a motley crew of candidates from across the political spectrum.

On Wednesday afternoon he said they would introduce legislation to regulate devices, flavours and nicotine used in e-cigarettes.

He said his party would not have to be elected to government for him to propose the legislation.

The Territory has the highest smoking rate in the country at 19.5 per cent, and Mr Mills said he knew many people who had ditched the darts in favour of vaping.

“My wife was addicted to nicotine for nearly 40 years and the family struggled with it … my own father passed away prematurely because of his difficulty to kick tobacco,” he said.

“It wasn’t until my wife had the opportunity to use vaping … that for the very first time she had the foothold to walk away from her addiction.

“She now no longer vapes and she certainly does not smoke and it’s something the family thought would never happen.”

If the legislation is passed, the NT would become the first jurisdiction in Australia to legalise vaping.

“Not for a moment are we saying vaping is without any risk, but it’s certainly significantly less risk and less harmful than tobacco,” he said.

Mr Mills said the legislation would ensure vaping products were well-regulated by banning the sale of vaping products to minors with tough penalties, and imposing product safety standards, including electronic product and battery standards.

Labelling requirements for e-liquids, including nicotine content and ingredients disclosure would be introduced, as well as safety requirements.

Darwin resident Phil Spencer, who was diagnosed with the onset of emphysema, was one Territorian to contact Mr Mills and laud the benefits of vaping.

“I tried an e-cigarette … and I haven’t touched a cigarette since, that was eight years ago,” he said.

“I’ve since been cleared of emphysema and I’m fitter and healthier.”