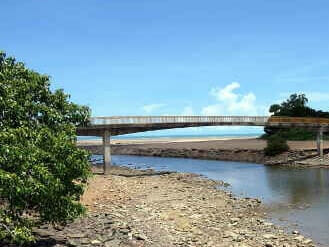 A 48-year-old man has been charged with rape and gross indecency after allegedly raping an “unconscious female” in broad daylight in Nightcliff Saturday afternoon, NT Police said.

A witness reported the incident that occurred at the Rapid Creek footbridge to the police at around 1pm on Saturday.

Police did not specify why the woman was “unconscious” or if she was asleep.

No information was provided about the condition of the victim or if she was sent to a hospital.

Authorities said the offender is in police custody and will appear in Darwin Local Court today.

On Saturday, police claimed the man was arrested that afternoon, however the statement today claimed he was arrested on Sunday and charged “last night”.