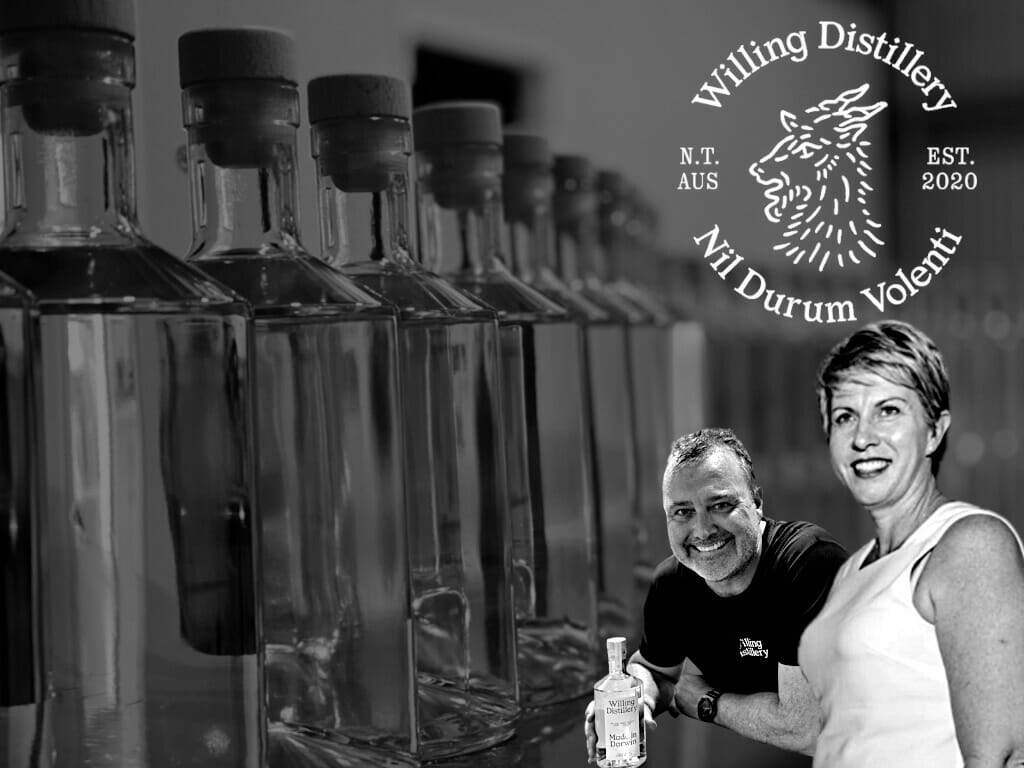 Two senior public servants involved in a new gin distillery and bar appear to have breached their liquor licence by failing to obtain the necessary building permits and safety approvals, according to public records and a formal complaint filed with the NT Government.

Willing Distillery and Bar, located in a former body repair shop in a Winnellie industrial area, was granted a liquor licence in January of this year on the condition that its owner obtain “all the necessary building and safety approvals”.

But building records show that the relevant building approvals have not been obtained and that the premises is still listed as a body repair shop as of late last week despite operating as a liquor establishment since April.

The distillery and bar is owned by former NT Fire and Rescue and Department of Chief Minister senior executive David Willing.

Current Department of Infrastructure Planning and Logistics deputy chief executive Leah Clifford, who moonlights at the bar, is married to Mr Willing. The establishment is promoted on Facebook as being a “family-owned distillery and bar”.

Ms Clifford is responsible for ensuring the NT Government’s building regulations and planning measures are adhered to in her senior role in DIPL.

It has been alleged in the complaint, backed up with publicly available documents, that the relevant planning and development approvals were never completed and that building certification works have not been carried out at the premises more than five months after it opened. 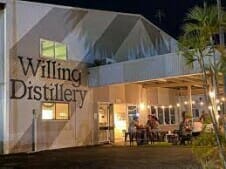 Failure to ensure the necessary building and safety approvals could ultimately see the premises shut down, as well as penalties applied for breaching its liquor licence.

The NT Independent has obtained a copy of the complaint that was filed last Friday with the NT’s director of building control Mark Meldrum, which called on him to attend to the matter “appropriately and efficiently”.

“This matter may largely fall under your functions and powers as the director of building control, and where parts of the matter do not, then it would be reasonably expected that you would liaise or refer those parts to other relevant departments or agencies,” the complaint letter said.

The letter alleged that “relevant building approval/certification has not been obtained” at the Bennison Rd operation; that “relevant planning/development approvals have not been obtained” and raised concerns about possible breaches of the Liquor Act and possible breaches of fire safety legislation due to the lack of building and safety approvals.

Without a building certificate, which it appears has not been issued for the premises, it’s unclear how the bar is permitting people in without an occupancy permit.

“As mentioned above, this is a licenced venue and open to the public,” the complaint concluded.

“I trust this matter will be attended to appropriately and efficiently by you.”

Questions about conflicts of interest ignored by authorities

The complaint had attached a copy of the NT Liquor Commission’s decision notice to award the licence to Willing Distillery, noting that at the time of the assessment in November 2020, a “final fit out” of the premises had not been completed and was required before opening.

Mr Meldrum did not respond to the NT Independent’s questions, including what he or his office is doing about the complaint or whether any action is being taken. Ms Clifford and Mr Willing did not respond to questions, including how any potential perceived conflicts of interest were handled when Ms Clifford’s husband applied for a liquor licence and other potential building approvals for the “family-owned” establishment.

It’s also unclear how the department would handle the perceived conflict of interest of its deputy chief executive and her husband potentially being investigated for failing to obtain the necessary building and planning approvals.

It’s understood Mr Willing left his senior role in Fire and Emergency Services in September of last year to focus on the bar. Before taking on that role in 2018, Mr Willing ran the “security and government services” division of the Department of Chief Minister for two years.

Willing Distillery and Bar’s motto is “Nil Durum Volenti” which translated from Latin means “nothing is difficult for the willing”.