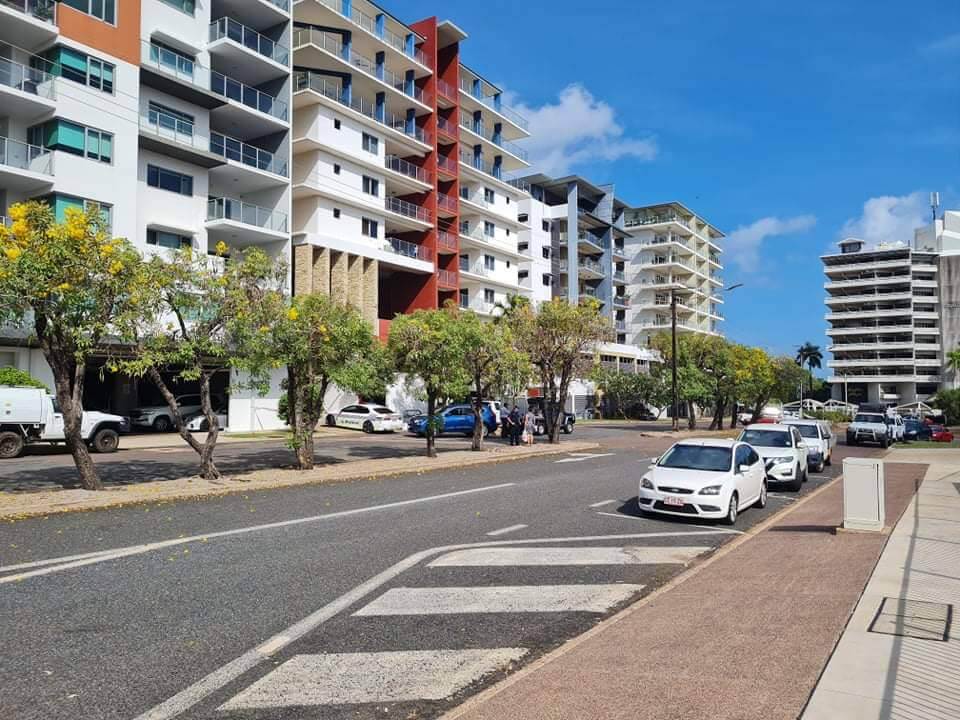 NT Police said they are considering the case of a man found dead in Darwin’s CBD Saturday morning as non-suspicious.

The body of a 33-year-old man was found around 6:30am near a building in Woods Street, authorities said.

Investigators earlier cordoned-off the vicinity near the area where the man was found.

Police believe the man fell from a building in Woods Street. They did not identify the building.

Photos from the scene showed a man being covered by police in a white sheet with blood stains Saturday morning, presumably taken quite a while after the body was first reported.

“The death is being treated as non-suspicious,” NT Police said in a statement.

Details of how the man may have fallen were not provided.

Authorities said they will prepare a report for the Coroner.