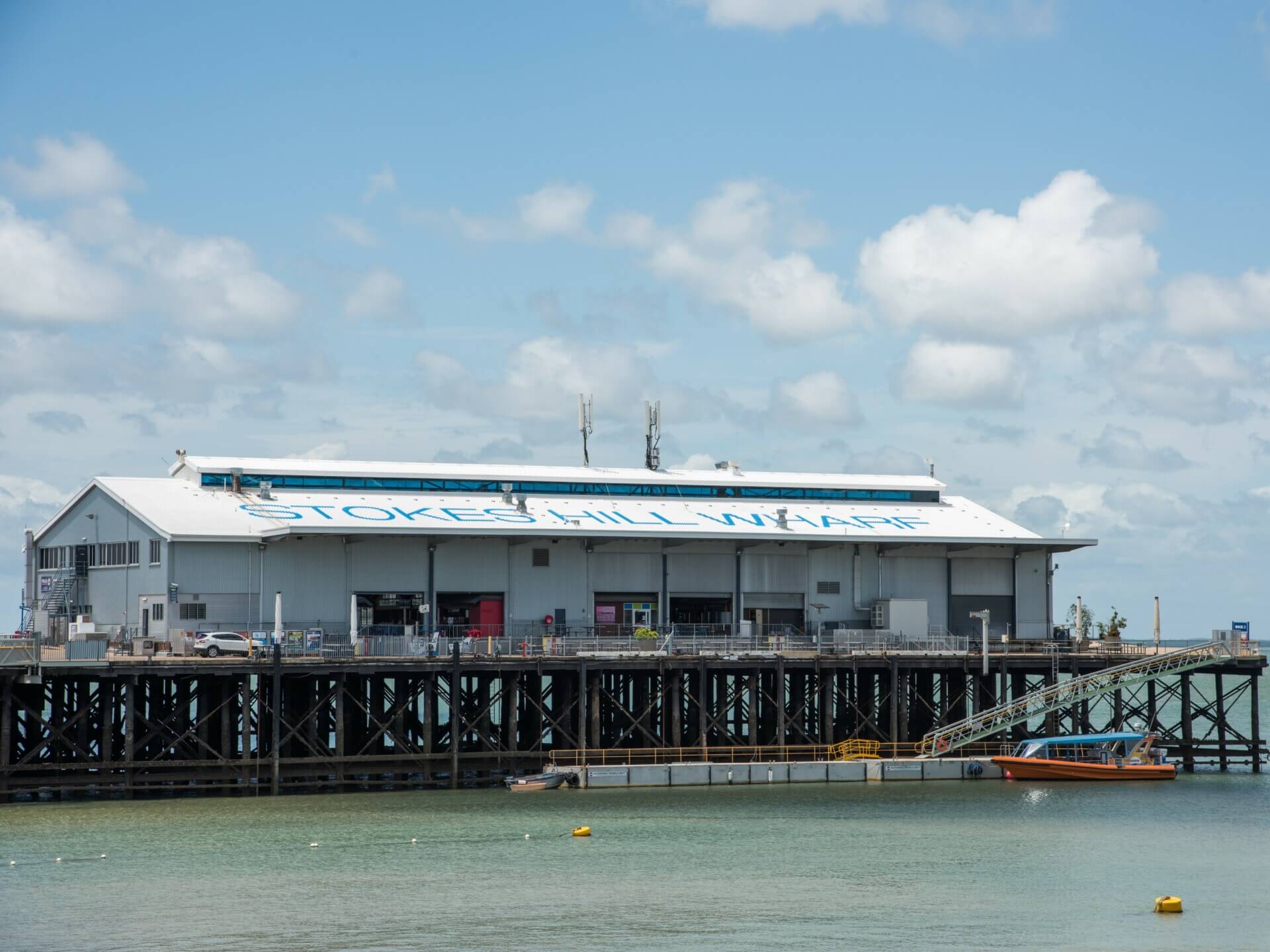 A 64-year-old man drowned at Stokes Hill Wharf Saturday night, NT Police have said, despite efforts by a group of teens who had attempted to rescue the man after he fell into the water.

The man was at the wharf with friends when he reportedly fell into the water around 8:30 pm, police said.

“A nearby group of teenagers took immediate action, with three young men jumping into the water to assist the man,” Superintendent Shaun Gill said in a statement.

“Police and St John NT attended, and members from Territory Response Group brought the victim to the boat ramp, where paramedics were, unfortunately, unable to revive him. The youths continued to render assistance throughout.

“The actions of these young men can only be described as heroic. They are a credit to themselves and their families.”

Raj Samson, a former NT political and Palmerston council candidate, said on Facebook he was with the man who died that evening and had to identify the body.

Mr Samson said the man, who he identified as a friend, was homeless and that he was having a cigarette near the edge of the wharf shortly before he fell in. He said he had started walking to Mr Samson’s car.

“From that location it’s confusing for us how he fell in the water,” he wrote.

Mr Samson, a former doctor, said the man was acquainted with teen girls in the area at the time and had received the cigarette from them.

“The girls are crying,” he wrote. “They are angry as I didn’t go in water to rescue him. They don’t know I stay away from water, never even go close to water.”

Mr Samson said it appears the man had tripped and hit his head before entering the water and that police were reviewing CCTV footage.

“Police have reviewed CCTV of the incident and confirm there are no suspicious circumstances,” Supt Gill said in the Monday statement. “A file will be prepared for the Coroner.

“This tragic incident will have lasting impacts on the man’s family, witnesses and those who tried to help. Stokes Hill Wharf is a popular fishing and entertainment location but it is also a working wharf and the public should always be aware of the inherent risks.”