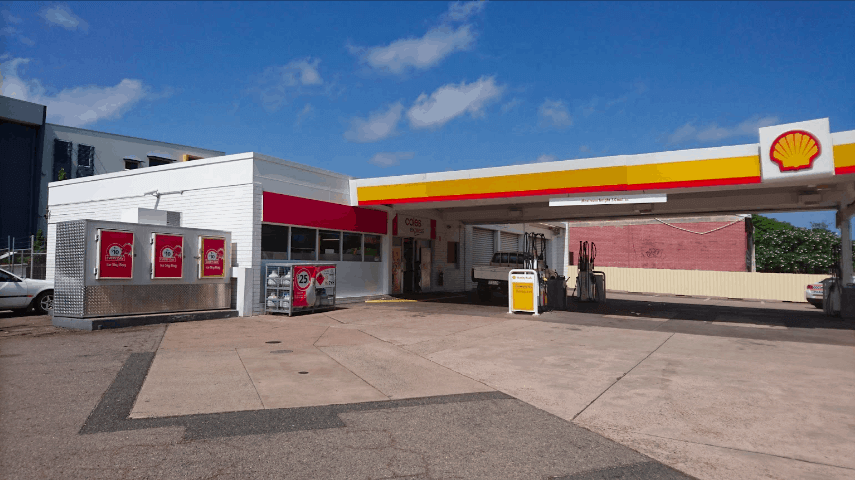 A 30-year-old Darwin man who wielded a steak knife to rob the Coles Express service station in Nightcliff in February – and later turned himself in because he “felt bad” – has avoided a jail sentence.

Two $20 notes and a handful of $5 notes were stolen from the service station on the afternoon of February 12, after Wees threatened a staff member with the knife.

A witness to the robbery alerted police and reported the staff member looked “scared and shocked”.

Wees fled the scene and was later located by Northern Territory Police walking on Easther Court in Coconut Grove, but was not arrested.

On February 22, Wees handed himself into police, first making contact with the Joint Emergency Services Communications Centre, and then locating police officers in the Nightcliff Shopping Centre car park.

Court documents state Wees told police: “I’m handing myself in for the stealing with aggression.”

Officers reported when asked about his involvement that Wees replied: “I was the one that did it. I walked in there with a steak knife.”

“It’s all good, man. I did it,” he said in response to police providing a caution.

The offender was arrested and taken to the Darwin watchhouse where he made a full confession to the robbery telling police he was drunk at the time and had earlier been involved in an argument at Litchfield Court with his brother.

The court heard Wees admitted he had removed the steak knife from his waistband, pointed it at the till, and demanded money.

Wees told police he turned himself in because he “felt bad”.

‘I am satisfied that you gave police a truthful account’

“In my opinion, intoxication is the most likely explanation for what you did,” he said.

“I note that you have a very limited record of prior offending.”

In handing down his sentence Justice Barr said armed robbery is a serious matter, “whether or not violence actually occurs”.

“He was very scared and all he could think about was not getting stabbed.”

Justice Barr said the case was “an unusual one”, adding he would have sentenced the offender to three years in jail had it not been for a plea of guilt and scope to be a participant in the Sunrise residential rehabilitation program.

Justice Barr issued a suspended sentence of 18 months on conditions Wees must report to a probation and parole officer, abstain from alcohol and drugs and participate in counselling.

“Those conditions are not there to punish you. They are there to make sure that you do not get into the state of mind where you would re-offend in the same way,” Justice Barr said.

“It is very important that you understand the purpose for those conditions, that you are not resentful about their being imposed and understand that they are there to help keep you on track.”