‘It will go to ICAC’: Darwin Turf Club board unanimously approved grandstand contract for chairman’s company despite uncertainty 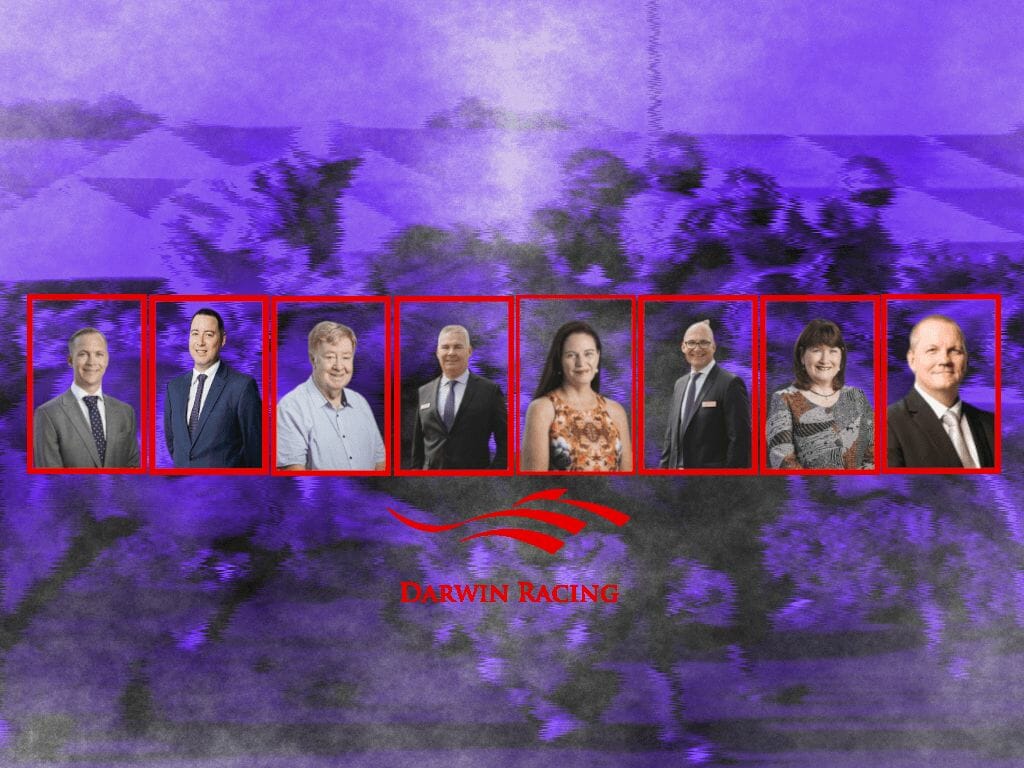 EXCLUSIVE: The majority of the Darwin Turf Club’s board of directors were nervous about public backlash, and some feared a corruption investigation, but they unanimously approved giving chairman Brett Dixon’s company the $12 million taxpayer-funded grandstand contract anyway, internal club records obtained by the NT Independent show.

The board was made aware on August 28, 2019 that a special selection panel had recommended giving the contract to Jaytex Constructions in favour of other shortlisted companies Sunbuild and Halikos.

The minutes of that meeting show the board members voiced their support and raised the prospect of minimising their reputational harm caused by the decision by hiring a local PR firm for “crisis communication advice” before unanimously approving the $12 million publicly-funded contract.

Campaign Edge Sprout director and Turf Club board member Anya Lorimer told the board the awarding of the contract to Jaytex did “not pass the pub test”, and that she expected it would be investigated by the Independent Commissioner Against Corruption, but supported awarding the contract to the chair’s construction company anyway.

“Anya Lorimer felt that it would go to ICAC…” the minutes state.

“Her biggest concern is that it doesn’t pass the pub test but in saying that she supported the decision.”

Ms Lorimer recommended the board seek crisis communication advice from True North Strategic Communications to help spin the issue to the public.

Later internal documents show that advice was to disengage with the media about the $12 million taxpayer-funded contract and instead rely on club supporters to promote its merits.

The selection panel was made up of board members Damien Moriarty and James Herraman, then-CEO Keith Stacy, James Findlay as the NT Government representative, Suzy Hullick from Westpac bank, lawyer Rose Watts and Concept Designs director George Savvas as an “observer only”, as well as probity adviser Nathan Reichstein.

The panel selected Jaytex, whose bid came in at $12.61 million for the grandstand project. Sunbuild had priced their bid at $12.56 million and Halikos Group was at $14.6 million.

The August 28 board minutes show then-board member and selection panellist James Herraman noted that Jaytex appeared to have “understood” the venue better than anyone and that the other two proponents had not differentiated between a “sports grandstand versus an entertainment venue”.

“He noted the two key contenders wanted the work desperately for different reasons,” the minutes state, without further explanation.

Mr Herraman also told the board that “regardless of the decision made there will be fall out from a political perspective and we will be under scrutiny”.

Former board member Jon Bourke raised the issue of the initial grandstand designs being presented to the board “a couple of months ago” and “queried whether there was any way that by providing those initial designs that Jaytex Constructions could have been advantaged in this process.”

Mr Moriarty said there was “always a possibility that there would be prejudice” but that it had been “considered” and that the designs had been improved from their original form.

The board’s vice deputy chair Cameron McNally was the only board member not on the selection panel who said he had “a lot of confidence in the process that has been undertaken” and that “wherever we landed the process has been faultless”.

The NT Independent previously revealed that Mr Dixon had been present for Darwin Turf Club board meetings in which details of the grandstand project were discussed while it was at the open tender phase, contradicting Mr Dixon’s public claims that he was not involved in the process.

The panel reportedly chose Jaytex because they scored better on the panel’s internal checklist that was not revealed to the board and “that we owe it to our members and the NTG (government) that we have chosen the right people and got them (sic) most out of the money received”, the minutes state.

Mr Moriarty told the board the decision was made “fairly” and added that “it would be easier to choose someone who isn’t associated with the club but all three (final tenderers) are members of the DTC and we have engaged with all”.

He added that the board should not be concerned about “blowback” and instead focus on approving the contract.

The minutes show board member Michelle Graham had only queried who would be “handling any major issues” if they arose and fellow board member Brendan Wilding said he recognised the perception problem in giving the contract to the chair but that the board needed “to be guided by the experts” and supported Jaytex getting the contract.

The minutes show long time board member Dale Bicheno had resigned from the board earlier in the month but did not give a reason. He was not present for the vote.

The motion to give the contract to Jaytex was passed unanimously.

‘It is instances such as these that galvanise great boards’: Dixon rallies board, thanks those who advised giving his company the contract

Internal records show the board was frustrated about the public backlash over their decision at the next board meeting on September 17, 2019, with Mr Herraman saying the “general public doesn’t understand the sort of client we are trying to appeal to”.

At the same meeting, board member Michelle Graham said Halikos “seemed to be voicing their unhappiness with the decision, specifically relating to Jaytex engaging contractors before the tender opened”.

But Cameron McNally said “that this was confusion with engaging contractors for the Silks project” – a $5.6 million contract Jaytex had also been awarded previously.

“Damien Moriarty commented that no one really expected the magnitude of the fall out, least of all the NT Government,” the minutes state.

“Damien advised that the contract has not been executed yet because we were waiting on the NT Government announcement to finish off some formalities. It was noted that the benefits of the grandstand were not correctly communicated out initially which may be some of the reason for the fall out.”

It is unclear which government “announcement” Mr Moriarty was referring.

Ms Lorimer said the board could get the public on their side if they reiterated that their positions “are voluntary and time consuming”.

While the board debated “communicating” the positives of the controversial contract out better, including on a proposed “billboard”, Mr McNally said they should listen to True North Communications strategists who were brought in for the crisis.

Their suggestion “was that we engage the champions of our club (eg, sponsors, stakeholders, members, industry) rather than the media,” the minutes state. “They will then carry the message out.”

“The vice chairman [Rob Longuet] requested that Anya Lorimer assist with the communications and marketing information out about the grandstand until [another media person] starts.”

Ms Lorimer did not respond to questions, including if she was paid for this work.

At the next Turf Club board meeting on October 15, 2019, chairman Brett Dixon rallied the troops after further public backlash.

“The chairman spoke about the recent media coverage which doesn’t reflect well on the DTC or himself,” the minutes state.

“The chairman noted that it was a targeted attack but that it is instances such as these that galvanise great boards.”

Mr Dixon gave “special thanks” to the selection panellists on the board who recommended his company get the contract and for “attending to the unwarranted attacks”.

None of the board members at the time of the decision responded to the NT Independent’s questions, including whether they felt they had properly fulfilled their duties as board members under the NT Associations Act.