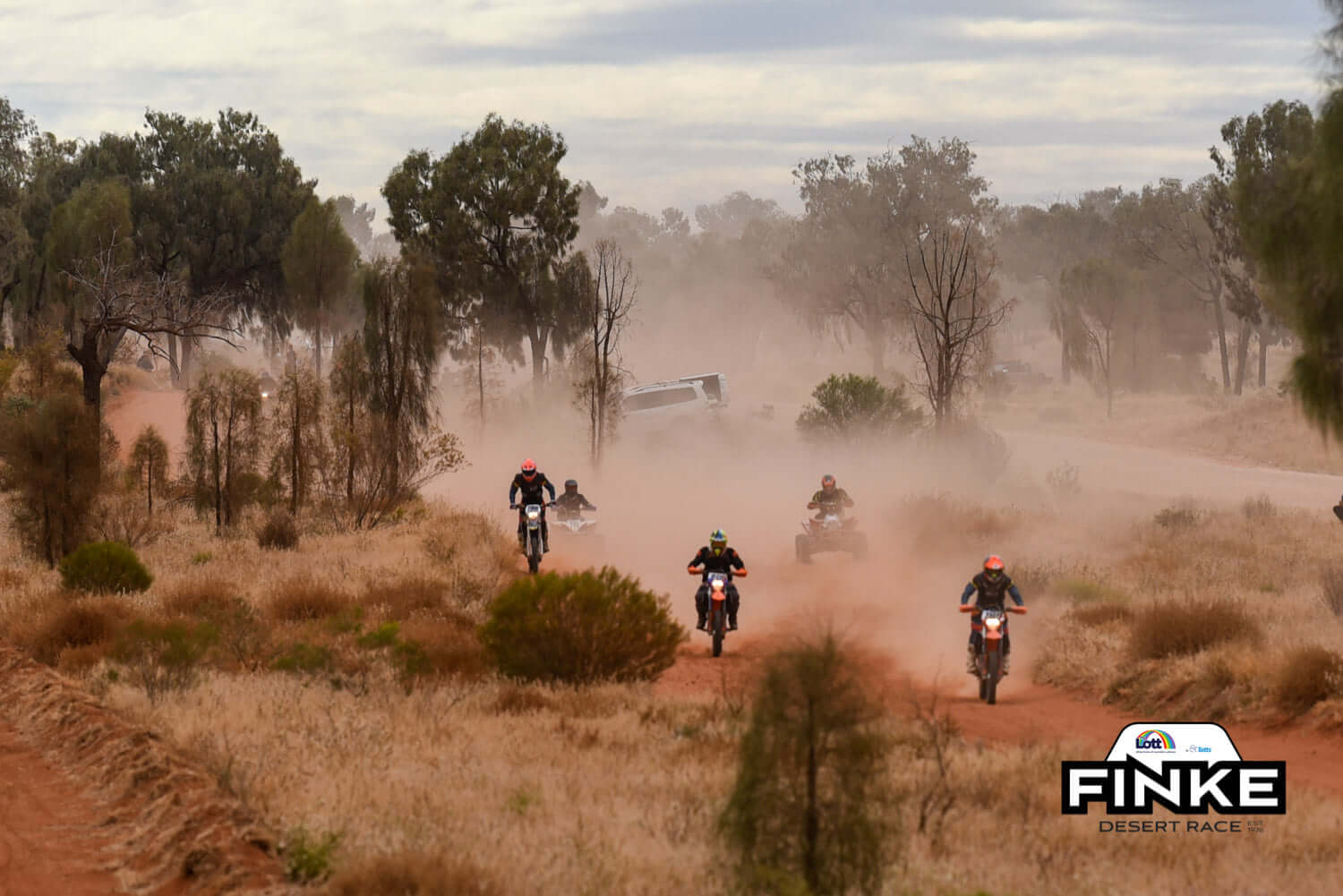 A spectator in his 60s at the Finke Desert Race has tragically died on the spot after being struck by a racing vehicle, while two others involved in the crash aged in their 50s have been hospitalised, NT Police have confirmed.

Around 9:38am police in Alice Springs said they received a report of a vehicle crashing into a group of spectators along the Finke racetrack, 35km from the start/finish line.

Police said the navigator of the vehicle taking part in the competition is a woman in her 50s. She sustained minor injuries during the crash while another male spectator also in his 50s was seriously injured.

They were both taken to Alice Springs Hospital, NT Health said.

“The area has been cordoned off and competitors have been diverted from the area, which has been declared a crime scene,” NT Police said in a statement.

Organisers had earlier announced that the second leg of the Finke Desert Race bike event outside Alice Springs has been cancelled.

Tatts Finke Desert Race earlier announced on Facebook that they were aware an incident approximately 35km down the track had occurred and that emergency services were on site attending to the scene.

Motorsport Australia and event organisers said they are working with emergency services to put in appropriate controls to manage the scene.

Organisers also announced on the venue that, “there will be no more on track activity here or at the finishing line or in the paddock, from any of the competitors.”

Police said they are investigating the circumstances surrounding the cause of the crash and have called for any spectators who may have witnessed the incident, or have dash cam or video footage, to contact police immediately on 131 444.