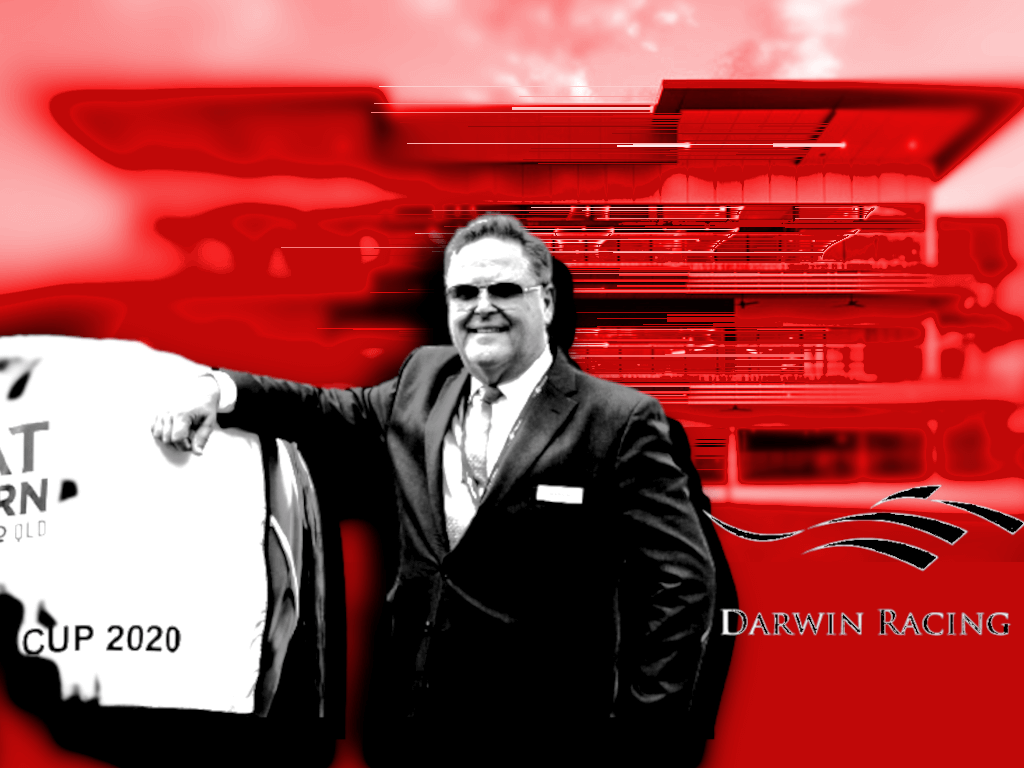 EXCLUSIVE: Darwin Turf Club chairman and businessman Brett Dixon was personally involved in discussions with the board about the $12 million taxpayer-funded grandstand project while it was at the open tender stage, despite publicly claiming he had removed himself from all discussions, internal documents obtained by the NT Independent reveal.

Internal Turf Club records show that 15 days after the tender to build the grandstand was released, Mr Dixon was involved in a board meeting where details of the project were discussed and while his construction company was putting together its submission.

Mr Dixon told the ABC at the time that he had removed himself from “all Darwin Turf Club meetings that had anything to do with the project, or tender process”.

“I’ve been in complete blackout since the project manager was appointed, and I had nothing to do with putting the tender, or the panel, together,” he said at the time.

However, official Turf Club records appear to refute those assertions and show that during the July 30, 2019 board meeting, Mr Dixon played an active role in discussions around the grandstand project, at one point requesting an update of the project plan that was to be provided to the club by prospective tenderers.

He also reiterated the tight deadlines to get the project finished and moved a motion for the club to pay its project manager after seeking to secure the updates on the project plan.

Mr Dixon was also present during the July board meeting when the board was presented with a report by then-chief financial officer Barry Lloyd into the “scope and tender for the new grandstand”.

A “preliminary project plan” for the grandstand was also discussed at that meeting, that involved details of the Turf Club’s key performance indicators and milestones, buy-local provisions, as well as timelines and the overall budget for the project.

Records show Mr Dixon also inexplicably sought to find out what the NT Government’s involvement was with the proposed project while the project was at the tender phase.

“The chairman queried whether [project manager] Damien [Moriarty] had been working with [Department of Business CEO] Shaun Drabsch to which Damien advised that he had mostly been dealing with Jason Finlay from the department,” the minutes of the July 30 meeting state.

“The chairman requested a basic update of the project plan.”

That “update of the project plan” included information that was to be provided by prospective tenderers, however it is unclear if Mr Dixon received the “update” before his company submitted its application to build the project.

In another instance, Mr Dixon is noted in the minutes of the meeting informing the board that the Turf Club’s “consultants’ work on the new grandstand took precedence on their time” over other matters facing the club.

Brett Dixon moved to pay board member and selection panelist for work on grandstand project, while claiming he wasn’t involved records show

The minutes of the meeting show Mr Dixon later “noted that it is critical that it [the grandstand] is completed by June 2020”.

Records show Mr Dixon was also present when the tender selection panel was announced at the same meeting and offered comments about the appearance of its objectivity.

“The chairman noted that the DTC is outnumbered in terms of the vote …” the minutes from the July 2019 meeting state, referencing the breakdown of the panelists that was made up of DTC board members James Herraman and Damien Moriarty, then-CEO Keith Stacy, Jason Finlay from the NT Government, Suzy Hullick from Westpac bank, lawyer Rose Watts and Concept Designs director George Savvas as an “observer only”, as well as probity adviser Nathan Reichstein.

Mr Dixon then moved to approve money from the Turf Club to pay Mr Moriarty for his work as tender manager on the grandstand project.

“The chairman advised that the executive feel that Damien reserves (sic) some financial recognition for his work and a tax invoice for $30k was tabled,” the minutes state.

“The chairman noted that $30k for work up until the end of August is not excessive by any means and a good price for the amount of work he has done.”

The money to Mr Moriarty was supported by board member Anya Lorimer, who the minutes note, “felt that on the back of the Day Stalls, Silks and underwater projects it was more than fair”.

The minutes show nobody raised any concerns that Mr Dixon was involved in the grandstand discussions while the tender was open or that he had moved to pay a board member who was also on the selection panel that would be involved in the decision to award the contract.

The NT Independent revealed last week that Mr Dixon had approached and lobbied the Gunner Government for the $12 million of taxpayer funds for the grandstand without the board’s knowledge.

It remains unclear on whose authority he was operating when he met with Chief Minister Michael Gunner’s chief of staff Alf Leonardi, who wrote a letter for Mr Dixon to lobby ministers Natasha Fyles and Nicole Manison.

He informed the DTC board of his success in June 2019, which was the first time the board was made aware a $12 million grandstand had been in the works.

During that meeting, Mr Dixon said a panel would need to be formed to oversee the process and had asked Mr Moriarty to be a part of it.

Mr Dixon also advised the board that the drawings of the proposed new grandstand had gone to a construction consultant and informed the board of how “the project will be run”.

Only one of the nine members who sat on the board in 2019 responded to the NT Independent’s questions about Mr Dixon’s intimate involvement throughout the grandstand tender process, despite a deadline being extended to offer them more time.

Damien Moriarty, who acted as grandstand project manager for the Turf Club, told the NT Independent he could not comment at “at this time” but would in “due course”.

“Unfortunately, I am unable to provide comment at this time due to legal reasons,” he said in an email.

“I look forward to being able to provide comment on this matter in due course.”

The other board members who did not raise any concerns about Mr Dixon’s involvement were Anya Lorimer, Rob Longuet, Cameron McNally, Jon Bourke, James Herraman, Dale Bicheno, Michelle Graham, and Brendan Wilding. All refused to answer whether they had executed their duties properly as board members of a non-profit organisation.

Mr Dixon also did not respond to the NT Independent’s questions, including whether he thought he had lived up to the standards expected of board members of non-profit organisations, why he thought it was appropriate to be involved in discussions while the tender was open and whether he had misled the public about his involvement.

The NT Independent understands that the Darwin Turf Club’s board meetings were recorded.