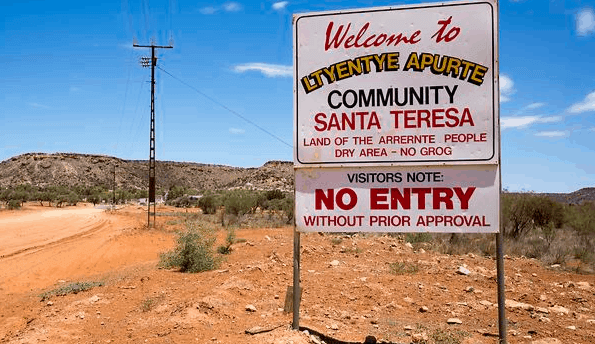 Indigenous community advocates are calling for the NT general election to be postponed over fears the coronavirus pandemic will essentially “deny the Indigenous people a real voice.”

The Gunner Government has remained firm it will not postpone the August election, but various Indigenous communities both remote and in regional centres have openly criticised this decision they said was made without proper consultation.

“The Northern Territory election commission has just announced that they are cancelling their remote enrollment – that means there will be no assistance for remote communities to get people enrolled to vote,” she said.

“There’s already such an issue, the Northern Territory has the worst enrollment in the country and especially for indigenous people in remote areas. It’s a huge issue and having no face-to-face interaction and assistance for remote community people to enroll. It’s really going to impact where the people can have a say at this election.”

While the NT Electoral Commission has indicated that they will be extending their time in communities, Ms Farrelly said that also poses health risks for people in remote areas.

“It’s a good start, but it’s also a risk to their health,” she said. “We’re not aware what the COVID-19 situation will be in August. The Northern Territory government has indicated that they are going to shut off remote communities for six months. We think that they should stick to that promise and keep a six month close-off.”

“The more voices calling for a delay, the fairer the election will be for everyone.”

Only one out of three indigenous people are enrolled to vote and only half of them make their vote count at elections because they can’t make it to enrollment booths or polling booths, Ms Farrelly said, adding that there’s no proper translation service and issues with not filling the ballot form properly.

“The longer we can delay the election until proper consultation and education campaigns in remote communities can happen, the better,” Ms Farelly said.

She also pointed out to barriers for Indigenous candidates in remote areas to be able to run a proper campaign as people can’t travel from community to community with the current restrictions in place.

“The more voices calling for a delay, the fairer the election will be for everyone, but especially people in remote areas,” she said.

Territory Alliance Leader Terry Mills has continued to call for the election to be postponed until October 17, saying an August election would compromise the democratic process.

“In order to have a good decision made we have to make sure that most people participate in that democratic process,” he said.

“The fact is, there are 25,000 people not even on the electoral role; 16,000 of those are indigenous. We have to make a decision in the interest of a strengthened democracy to have a government with a mandate that is fully involving all community members …”