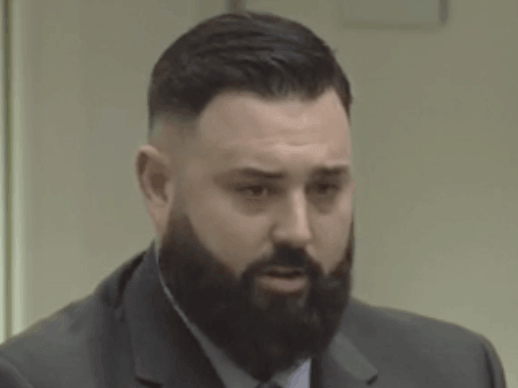 Member for Blain Mark Turner is under investigation by the Independent Commissioner Against Corruption, Chief Minister Michael Gunner disclosed to Parliament this afternoon.

Mr Gunner read a letter from commissioner Ken Fleming, QC, stating that Mr Turner is being investigated by his office and that investigators have seized three mobile phones and a laptop belonging to Mr Turner.

But Mr Turner and his lawyer argued some of the material on the devices may be protected under parliamentary privilege rules, which has resulted in a delay to the investigation.

The letter stated that the devices had been sealed until the claim of parliamentary privilege could be addressed.

Mr Gunner said the Legislative Assembly will have to vote on the matter tomorrow and a majority would have to agree to allow the phones and laptop to be searched.

“I’m informed of the importance of timeliness regarding this decision and the impact it has on an independent investigation,” he said.

“If the motion is agreed to by the Legislative Assembly it is important that all members are aware of the concept and implications of parliamentary privilege in order to make an informed decision.”

He added the Office of the ICAC will be available to answer MLA’s questions.

“I encourage all members of this Assembly to ask questions as necessary in order to make an informed decision,” Mr Gunner said.

If the motion passes, the ICAC would be granted the ability to search the devices in the presence of the Chief Minister, the Solicitor General and a legal representative for Mr Turner.

Mr Fleming said in the letter that he does not intend to “view any material from the mobile phones or laptop which may be privileged, but rather to extract material which is not privileged but is necessary to conduct a thorough investigation”.

In February, Mr Turner was referred to Parliament’s Privileges Committee to be investigated for lying to Parliament about his involvement in an extra-marital affair with the same woman the Chief Minister’s senior adviser Kent Rowe was also carrying out an affair with.

The nature of the ICAC’s investigation into Mr Turner was not disclosed.

During Question Time this afternoon, the CLP attempted to ask Speaker Ngaree Ah Kit if she could explain if Mr Turner was currently sitting as an independent, after the government kicked Mr Turner out of caucus last month. The question was ruled out of order.