‘I thought the driver was either drunk as hell or it was kids’: witness alleges 15-year-old driving 150km/h 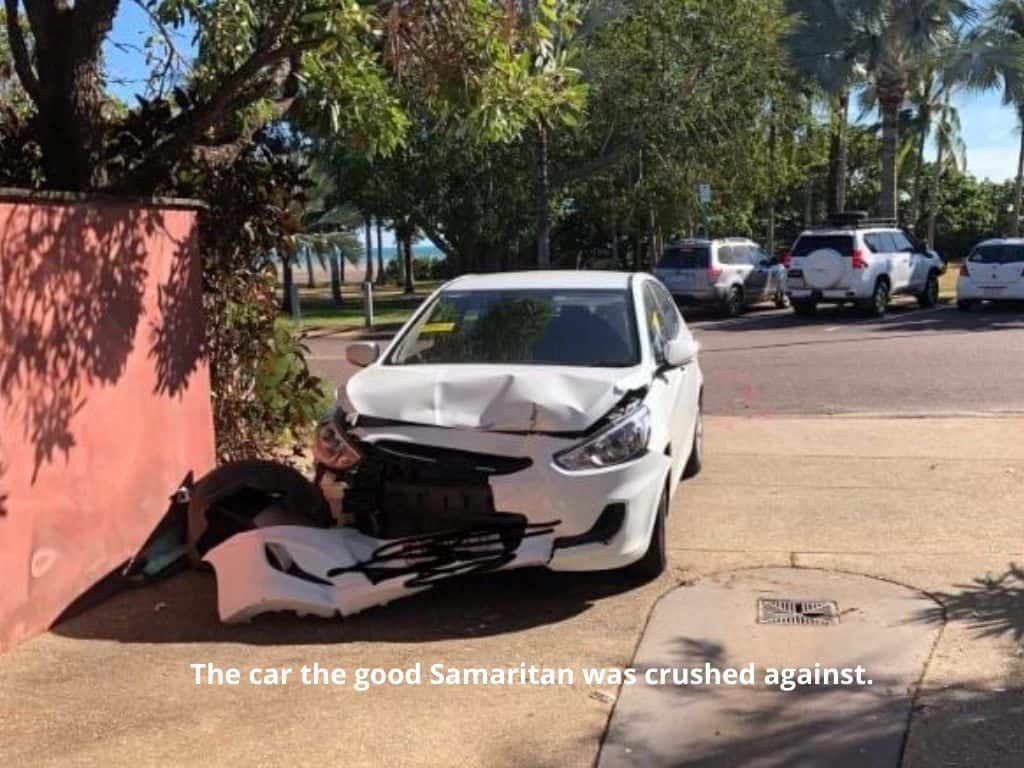 A Palmerston motorist has described the frightening moment a damaged car, allegedly stolen from Rapid Creek and driven by a 15-year-old girl, erratically overtook him travelling at 150 kph in the early hours of this morning.

Lauchie Sack had just left a 24-hour gym in Yarrawonga and was driving up the Stuart Highway towards Howard Springs just after 12.30am when he said the allegedly stolen vehicle came up from behind him at what he estimated was 150km/h.

“I was only watching it fly up in the rear-view mirror for a short period before it flew past and swerved straight across me,” he told the NT Independent.

“That’s when I saw the back end of the car smashed up, driver’s side door open and flapping in the wind so I got on the blower straight away to the police.

“It overtook me just past the new Bunnings being built so I trailed it to the Howard Springs (traffic) lights while giving the police information on the phone at the same time.

“They got the spikes out ready at the Coolalinga (traffic) lights but she pulled into the service lane and was apprehended out the front of the battery shop.”

Mr Sack said police told him the vehicle had been involved in three separate accidents prior to being stopped in Coolalinga.

“I thought the driver was either drunk as hell or it was kids,” he said.

A good Samaritan was horrifically injured after being allegedly crushed by the stolen car against another vehicle at 11pm last night.

The 65-year-old Rapid Creek man was operated on in Royal Darwin Hospital after being crushed and is lucky to be alive.

“There are some other potential crashes along the way …  obviously it’s quite a distance,” he said.

“We’re trying to capture everything that occurred between Rapid Creek and Coolalinga.”