Gunner’s threats of disciplinary action against Dixon, Turf Club board not moving ahead 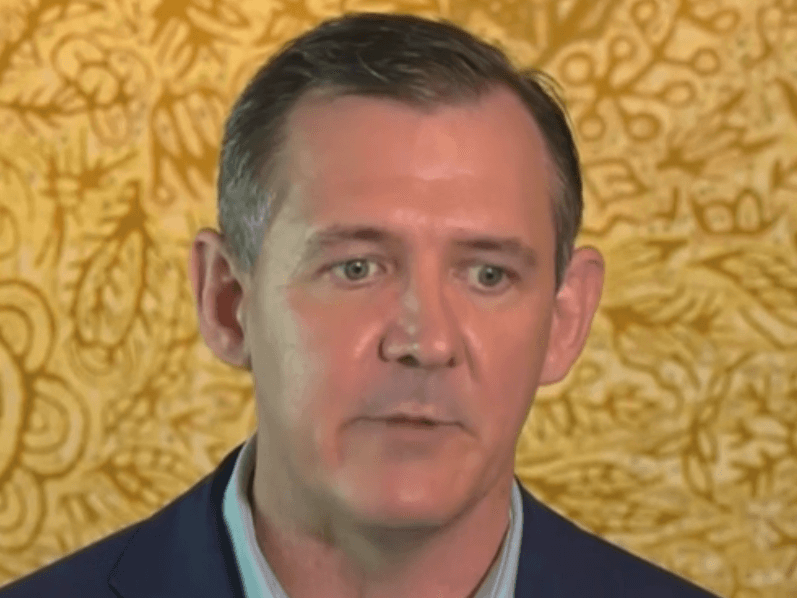 Chief Minister Michael Gunner says he has given up on his threat to amend the Associations Act that would give him the power to dismiss NT club and board members, as the Darwin Turf Club was forced to delay a vote on who will sit on its new board.

Mr Gunner originally made the threat as retaliatory action against Darwin Turf Club chair Brett Dixon, who the ICAC found engaged in corruption involving the $12 million taxpayer-funded grandstand project, and who has defied the Chief Minister’s calls to resign.

But the amendments to the Act would have meant the government could sack any NT board directors at their discretion, which had raised concerns from clubs and independent boards across the NT.

Mr Gunner reportedly told a press conference yesterday that he would no longer proceed with the amendments that his office was still claiming would go ahead as recently as late last week.

Mr Gunner has toned down his tough talk around holding Mr Dixon and other Turf Club board members Damien Moriarty and Rob Longuet responsible for the misconduct allegations the ICAC report levelled at them, saying if Mr Dixon was re-elected to the board, “that would be a problem for me that I’d have to discuss with the chair (Mr Dixon)”.

Opposition CLP Leader Lia Finocchiaro said Mr Gunner’s backflip was a “blunt admission” that he and his Cabinet were the ones responsible for approving the $12 million of public funds for the grandstand.

“When his demands for the Darwin Turf Club board to resign were ignored, he chucked a tantrum and said he would change the law to give himself ultimate control over every board in the Territory – which the CLP has said it would staunchly oppose,” she said.

“We should never be in a position where Michael Gunner has unprecedented and unrestricted control of every gymnastics club, pony club or footy club in the NT.

“We know the Chief Minister has no influence, no power and no backbone – but to try and force through legislative change every time he doesn’t get his own way is downright pathetic.”

Meanwhile, the Turf Club’s vote for a new board, which was expected to be certified at a Special General Meeting of members tonight, has been delayed after one of the 19 candidates for 10 board spots was found to be ineligible due to not being a member of the club from more than 12 months.

A new postal ballot will be mailed to members with that candidate removed, which the club said would mean the new board would not be voted in until August 24.

Richard O’Sullivan is currently the acting chair of the Turf Club. A new chairman will be elected by the 10-person board once it is established.

Mr Dixon has launched Supreme Court action to challenge the ICAC’s findings that he engaged in corruption.