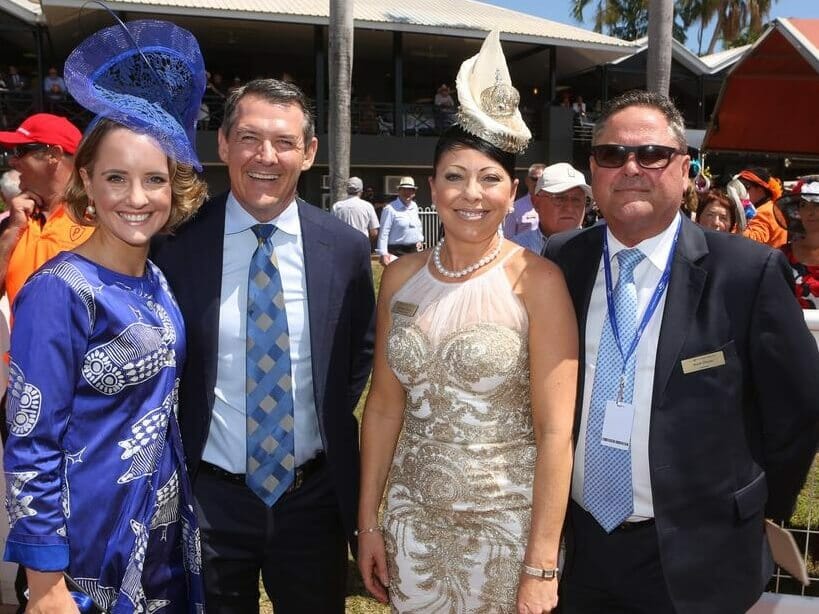 Chief Minister Michael Gunner will not attend this year’s Darwin Cup Carnival, citing his extreme anger following a damning ICAC report that revealed his Cabinet approved $12 million of taxpayer funds for a grandstand that did not have a proper business case.

Mr Gunner told Mix 104.9 that he would not be attending this year because he was “angry” about the current situation, including the Darwin Turf Club board awarding the grandstand tender to chairman Brett Dixon’s company Jaytex amongst other matters.

He previously called on the board to resign, but has yet to address his own government’s culpability in the scandal that the Independent Commissioner Against Corruption found had failed taxpayers at all levels, including through the NT Government’s Department of Business, the funding to the Turf Club and also raised questions about the role of senior Labor Party figures in promoting the project after donations were made to the party ahead of the 2016 election.

Mr Gunner did not address those issues in the interview.

“Right now, as it stands, it’s in my electorate – I support the carnival but I can’t go,” Mr Gunner said.

“I’m extremely unhappy with this series of events and I’m very angry about it all and I won’t be going to the Cup Carnival this year.

Mr Gunner continued, stating that he recognises it is not the “horses’ fault”.

“It’s not the horses’ fault, I get that, it’s not the fault of the people who are going to go to the carnival and have a great time, but I personally can’t stomach the carnival this year.”

Asked who in particular he was “angry” with, Mr Gunner replied:

The ICAC report found the Gunner Labor Government approved the $12 million of taxpayer funds for the grandstand based on an “ill-informed and spurious” grant application that was written one day earlier by Turf Club chair Brett Dixon, contained no cost-benefit analysis and had not been properly scrutinised.

That followed Mr Dixon’s donation to Labor ahead of the 2016 election and repeated lobbying of senior Labor figures since 2018 for public funds for the grandstand that eventually saw his company awarded the tender to build.

The NT Independent revealed last week that Mr Gunner was alleged by a friend and Turf Club board member to have convinced Cabinet to approve the funding by taking the decision “out of certain people’s hands” in what was labelled a “smart move” to get the club the funding.

Mr Gunner was asked on Mix if he was the minister who took the flawed funding application to cabinet, but did not provide a firm answer.

“I’m responsible for everything in Cabinet,” he repeatedly said.