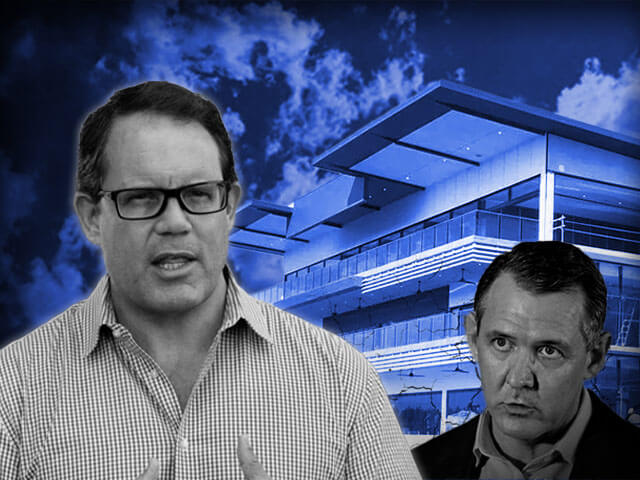 Federal Labor Member for Solomon Luke Gosling was targeted by the Turf Club board as a key Labor figure to lobby for projects, the ICAC report found, with internal records showing he attended numerous Turf Club events in 2018, while chairman Brett Dixon was discussing potential “new developments” with senior party figures.

Mr Gosling, who could face Territory voters as early as this year at a federal election, eventually told the NT Independent that while he attended events as a guest of the Turf Club, he was not involved in discussions with the Gunner Government about funding the grandstand.

The ICAC report into the $12 million grandstand scandal found that Mr Gosling, along with Chief Minister Michael Gunner, Racing Minister Natasha Fyles and Deputy Chief Minister Nicole Manison were all named as lobbying targets in a July 31, 2018 Turf Club board meeting.

Three of those named, including Mr Gosling, were confirmed as guests of the Darwin Turf Club for the Cup Carnival that year, which occurred less than a week later.

“[Brett Dixon] asked the board to all make their way to the Wood Lounge [during the Darwin Cup] to talk with Ministers Gunner, Manison, Fyles and Mr Luke Gosling OAM MP about the potential involved with new developments at the Darwin Turf Club,” the report stated.

A spokeswoman for Mr Gosling initially did not respond to direct questions about Mr Gosling’s involvement, including whether he supported the grandstand project or whether he thought Mr Gunner’s handling of the matter would affect his re-election chances at the next election.

“At no time was the Member for Solomon involved in any discussions relating to NT Government funding of the Darwin Turf Club,” the spokeswoman said in the initial brief statement.

However, Turf Club records, obtained by the NT Independent, show Mr Gosling attended the 2018 Derby Day races on July 21, 2018 and then attended the Cup on August 6, where he viewed it from the Wood Lounge with Mr Gunner and Territory Cabinet members – as Mr Dixon intended.

Sources confirmed Mr Gosling was approached about possible developments for the club at that time.

After being informed of the records, Mr Gosling replied:

“I was in the Wood room on invitation to attend the races.

“I stayed a short time, and there was no formal or even informal meeting.”

Labor heavyweights brought in to lobby on behalf of Dixon: ICAC

The ICAC report found that Brett Dixon had made two $50,000 donations to the NT Labor election campaign in 2016 through various companies.

Mr Dixon later met with senior Labor figures including former chief minister Paul Henderson and former treasurer Syd Stirling in 2018 to discuss the grandstand and use their connections to garner political and industry support for the grandstand project.

That included arranging meetings with Labor ministers and industry players to lobby on behalf of the project that the ICAC found was later approved by the Gunner Labor Cabinet based on an “ill-informed and spurious” grant application that was written one day earlier, contained no cost-benefit analysis and had not been properly scrutinised.

The CLP Opposition said the Labor Party needed to take responsibility for the scandal that ultimately saw Mr Dixon’s company Jaytex awarded with the tender to build the grandstand with public funds.

“The Chief Minister and his Labor team are inextricably tied to this dodgy dealing,” deputy leader Gerard Maley said.

“The ICAC report states that the ‘infamous’ letter drafted by Alf Leonardi was sent to Michael Gunner, Natasha Fyles and Eva Lawler; and according to Darwin Turf Club board meeting minutes, as early as 2018, Michael Gunner, Nicole Manison, Natasha Fyles and Luke Gosling were involved in discussions about potential new developments at the Turf Club.”

Natasha Griggs turfed from Solomon in 2016 after NT CLP scandals

Mr Gosling was elected to the seat of Solomon in 2016, defeating CLP incumbent Natasha Griggs.

Political observers chalked up the seven per cent swing against the CLP to public outrage at the then scandal-plagued Giles CLP government, which voters took out on Ms Griggs who was the federal CLP Member.

Polling ahead of the 2016 contest revealed Territorians were set to deliver a protest vote against then-chief minister Adam Giles’s NT government for a series of scandals and breaches of public trust during their term in office.

The seat of Solomon is expected by many political observers to be a key election battleground at the next federal election that some Coalition members have said could determine who forms government in Canberra.