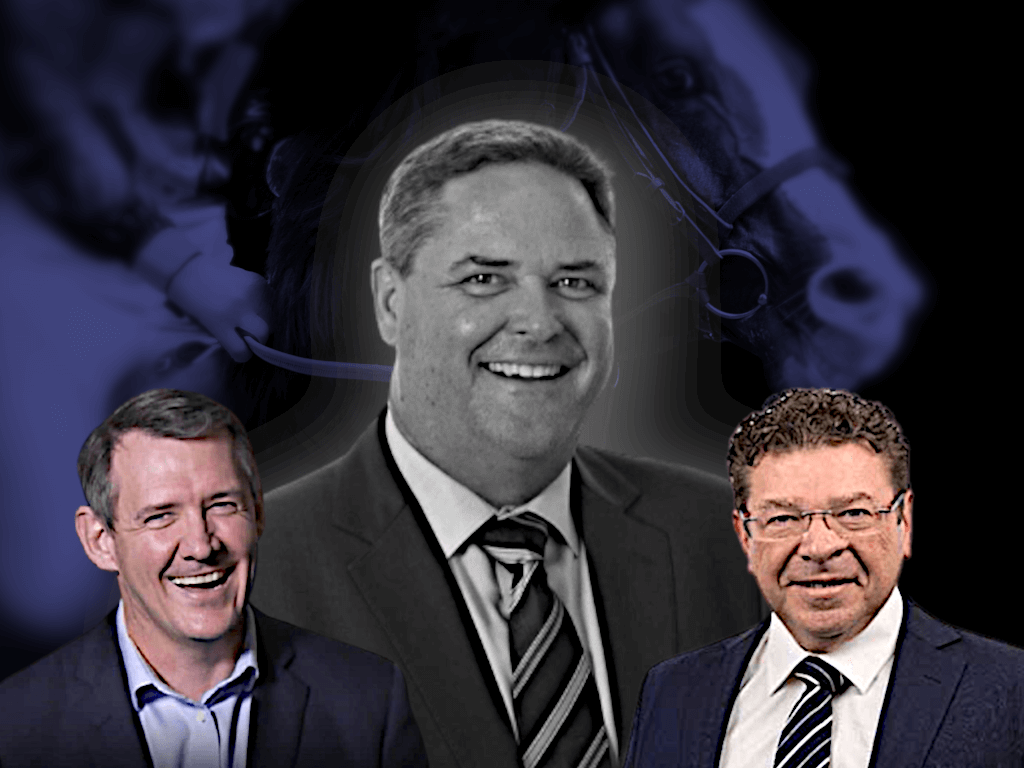 Executive public servant Shaun Drabsch – who the ICAC found engaged in “deceptive” conduct involving the $12 million grandstand grant – will not be sacked by Chief Minister Michael Gunner because that conduct is two years old “when he first took up the role”, the Chief Minister says.

Mr Gunner said that Mr Drabsch had been given a “formal warning” over his conduct, and defended allowing him to implement the ICAC’s recommendations to improve the same government processes that he is accused of manipulating.

“He was given a formal warning,” Mr Gunner said during a press conference this morning.

“[The grandstand] was something that happened two years ago when he first took up the role.”

He later blamed the then-department of business, trade and innovation for the stuff up that resulted in Cabinet not being briefed by Mr Drabsch about the shortcomings of the Darwin Turf Club’s grant submission before Cabinet approved it.

“The advice will come up from the department through the CEO, into cabinet for a decision – I think that’s all very reasonable.”

However, that did not happen in this case.

ICAC Ken Fleming found Mr Drabsch, who was the relevant CEO, should have warned Cabinet the “ill-informed and spurious” submission was not properly assessed before Cabinet approved it.

Instead, Mr Drabsch forwarded the rushed Darwin Turf Club’s grant application that had been created the day before the Cabinet meeting to head public servant Jodie Ryan, who later passed the submission to Mr Gunner who took it into Cabinet ‘under the arm’ for a quick funding decision.

The ICAC report also found Mr Drabsch had engaged in a “duplicitous process” with Mr Gunner’s chief of staff Alf Leonardi to make the grant application appear as though it was also being considered as a market-led proposal when it was not and that both men knew it would only be approved as a grant.

Mr Leonardi, who was also found not to have disclosed gifts and hospitality from the Darwin Turf Club, was forced to resign from his position in the Department of Education after the ICAC’s findings were made public.

Mr Drabsch has repeatedly refused to say whether he declared the gifts of hospitality the Darwin Turf Club and its chairman Brett Dixon provided to him.

Mr Gunner also claimed this morning that Treasury provided an analysis of the grandstand grant project, but that would have meant that Treasury officials assessed the application in less than 24 hours with no input from the Department of Business.

He declined to say what Treasury officials advised.

“I obviously don’t comment on what final Cabinet papers were, but you can see what the decision was, and you see what happened as a consequence of that decision,” he said.

Opposition CLP Leader Lia Finocchiaro cast doubt on Mr Gunner’s claims, saying it was “just not possible” that Treasury would have recommended the government spend $12 million on a grandstand in the middle of a financial crisis.

Ms Finocchiaro also raised concerns about Mr Drabsch implementing the ICAC’s 18 recommendations that include developing a proper gifts registry for his Department of Industry Tourism and Trade, reviewing grant policies that led to the “duplicitous process” he engaged in, and ensuring ministerial staff are trained in the NTPS’s “values” which he appeared not to have adhered to during the grandstand scandal.

“I can’t see how Shaun Drabsch’s position remains tenable when the ICAC’s findings were so scathing,” she said.

“This is a position that involves great leadership and Shaun Drabsch is responsible for hundreds if not thousands of public servants.”