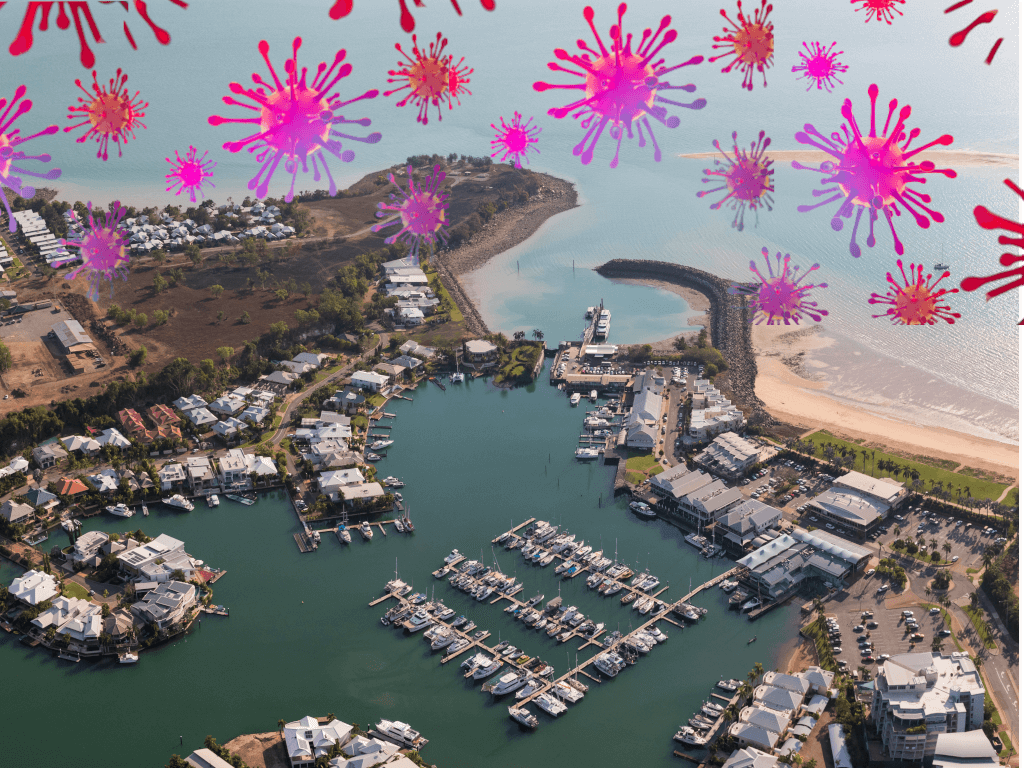 The movements in the community of a man who has now tested positive to COVID-19 “in the last 24 hours” but who arrived in Darwin on Tuesday onboard a yacht from Indonesia have not been provided to the public by the NT Health Department.

In an unattributed statement from Secure NT on Saturday morning, the government confirmed a 70-year-old man who tested positive arrived in the NT on Tuesday, July 13 on a yacht from Indonesia.

They said he had mild symptoms and was in the Howard Springs quarantine facility.

However, the statement did not say when the man was actually tested – if it was a requirement when he arrived – exactly when his positive result was recorded, when he went into Howard Springs, what he had been doing in the community up until that point, nor how many people he had interacted with.

According to data from Johns Hopkins University, Indonesia has averaged more than 38,000 new COVID-19 cases per day over the last two weeks.

A source with knowledge of the case told the NT Independent that on Tuesday, the man interacted with NT Police, Border Force, and Customs officers at the Cullen Bay ferry terminal just outside the Cullen Bay marina, as per protocol with ships coming in from overseas, and it is believed he then went to the Tipperary Waters marina.

Secure NT refused to answer questions that would divulge details about the man’s movements in the community, and why the information about where he was, and how long he had been potentially exposing people to the virus, has not been made public.

Nor did they say if the man self-quarantined after he arrived, which is information normally provided if that is the case.

The NT Independent is excluded from getting information from most NT public service agencies, which includes information about public health crises.

The government later told the ABC exclusively through an unnamed “spokesman” that the man and his passenger had followed proper “border arrival requirements” and “at no time did they enter the community”.

The ABC did not explain why the government did not provide that information to the public initially or why it took the publicly-funded broadcaster four hours to report any details of the incident.

The positive COVID case follows the Centre for Disease Control issuing a statement on Friday night that viral COVID-19 fragments have been detected in Darwin wastewater samples taken from the Ludmilla treatment plant on Wednesday, stating they were unsure if they were from active cases or from someone who has recovered.

It remains unclear why the government did not report the positive samples before Friday night. The area serviced by the Ludmilla treatment plant takes in the CBD to Parap to Winnellie, among other suburbs.

The latest COVID-19 positive case also follows on from the Territory’s first lock-down in late June where mine workers were allowed to fly out of the Newmont Tanami gold mine in Central Australia before one of the workers – who had been notified he had been at a Brisbane quarantine hotel which was a Delta strain exposure site and was quarantining – had his test results back. He tested positive.

There was one flight into Darwin of about 70 workers on the Friday before the test results were back, who were allowed to mix with the community. There was at least one other flight on to Alice Springs on the same day as well.

According to an ABC report on July 8, there have been nine miners in total who tested positive, including four who were allowed to leave the mine to return home to places in the Territory, New South Wales, Queensland and South Australia. In total there were 19 positive cases from the outbreak.

At a press conference announcing the outbreak on June 26 – which had already been reported by the NT Independent – both Chief Minister Michael Gunner and Police Commissioner Jamie Chalker praised the mine’s COVID-19 management plan, despite it leading to the outbreak.

Mr Gunner has never been clear in explaining to the public how the outbreak started – and was not asked by the other media – what he would do to make sure it would not be repeated, and if the mine and other mines had been forced to change their COVID-19 plans.

The Health Department said this morning that the total number of cases diagnosed in the Northern Territory is 192, with eight active cases.