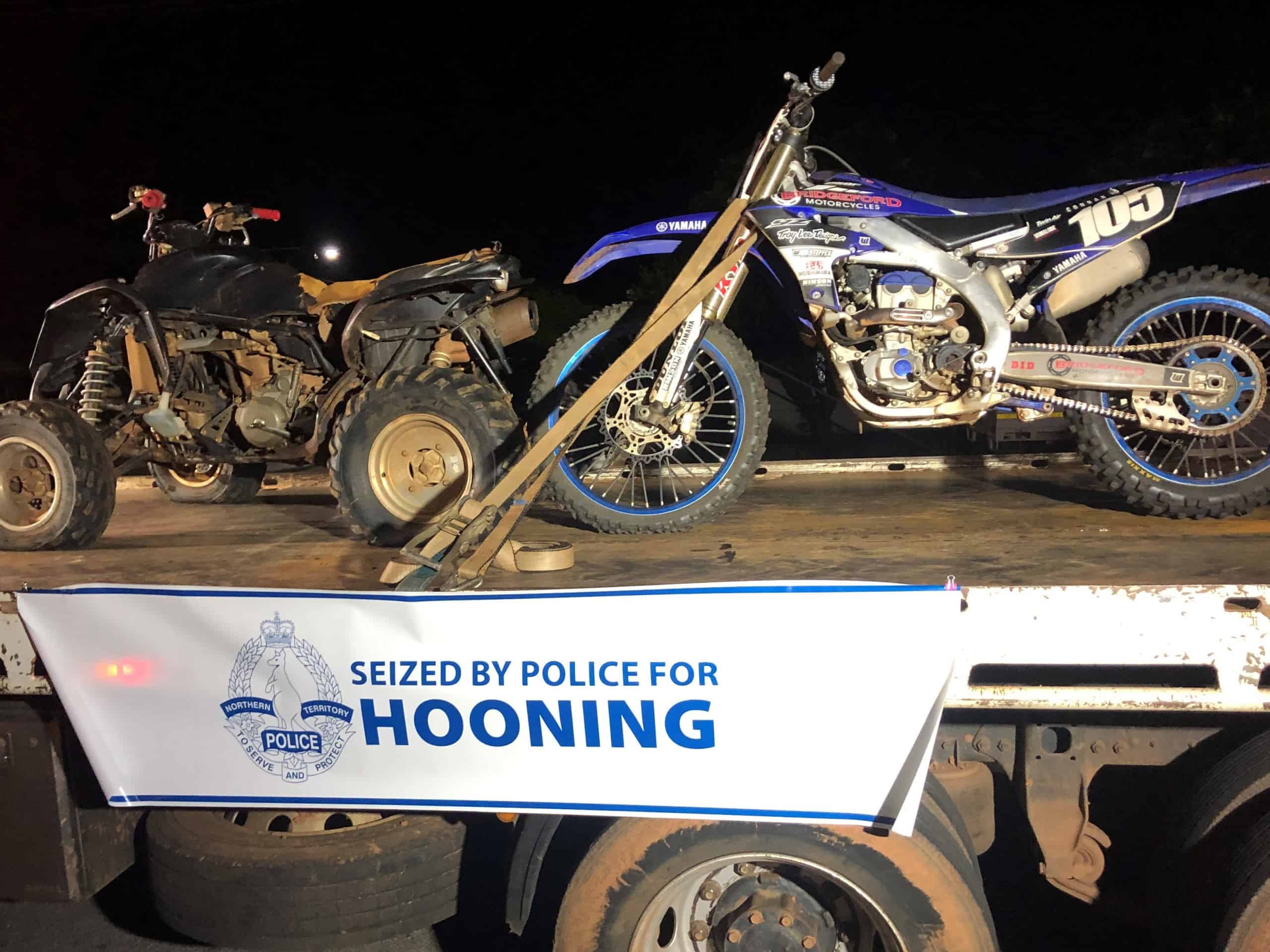 Authorities have seized a motorcycle and a quad bike driven by two kids aged 13 and 14 in Katherine for causing a nuisance in the community and a danger to the public, police said.

The pair were allegedly seen doing burnouts and causing damage to the grass of the oval in Katherine, Supt Shean said.

Officers attended and seized the bikes for anti-hooning offences.

It was not mentioned if the youths were charged but it’s suspected they could face youth diversion measures.

“These motorcycles have been observed by a number of Katherine residents causing a nuisance in the community and at times a danger to the public whilst out walking,” Supt Shean said.

“Hopefully, having the bikes seized and having to pay towing and release fees might make them think twice about doing the same thing again.”

Details on the motorbike’s ownership were not released.