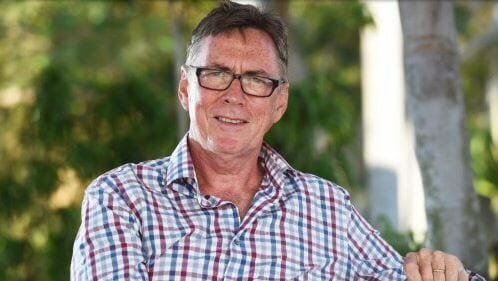 Territory Alliance leader Terry Mills has lost his seat and the party’s future is now in doubt after suffering an electoral drubbing at Saturday’s polls.

Mr Mills maintained the party is still young and will survive, but the voters have clearly not bought into what TA was selling, tossing two of three sitting members out of Parliament and the other hanging on narrowly.

Mr Mills nevertheless had still not conceded anything on Saturday night saying the vote was too “fluid”.

“We actually have a very long term view here,” Mr Mills said. “We do believe that there needs to be a reset in Territory politics.

“I think that the response that we’ve received is still quite remarkable. And there are so many very good people who have given us support.

“I think tonight’s in fact, the birth of something. And this is something that will play out over time.”

As of late Saturday night, deputy leader Robyn Lambley was the only TA candidate still holding on, with a narrow 13 vote lead over the CLP’s Damien Ryan in Araluen.

The party’s only other incumbent Jeff Collins was smashed at the polls in his seat of Fong Lim, coming a distant third behind the CLP and ALP.

The party came second at the Johnston byelection in February, ahead of the CLP, but that momentum could not be capitalised on as TA candidate Steven Klose was pushed way back in Saturday’s election, coming in third.

Mr Mills chalked up the party’s misfortunes to the COVID-19 effect.

“I really think the world’s changed since (February),” he said. “COVID has had a particular effect in the Northern Territory and that was something we couldn’t have predicted particularly as a young party, very difficult to campaign. And, and still I think we’ve given it a good shot.”

Deputy leader Robyn Lambley appears to be the only remaining member of TA but her seat of Araluen was still too close to call on Saturday night.

Ms Lambley said it was clear the Northern Territory is used to a two-party system.

“It’s not a lack of policy or vision, I think it’s just (the challenge) of selling something different,” Ms Lambley told the ABC.

“Territorians, like a lot of Australians, are signed on to this two party system, Labor or Liberal. But I think we do have something unique that we can offer Territorians. And we’ll spend the next months and years thinking about how we can sell it better.”