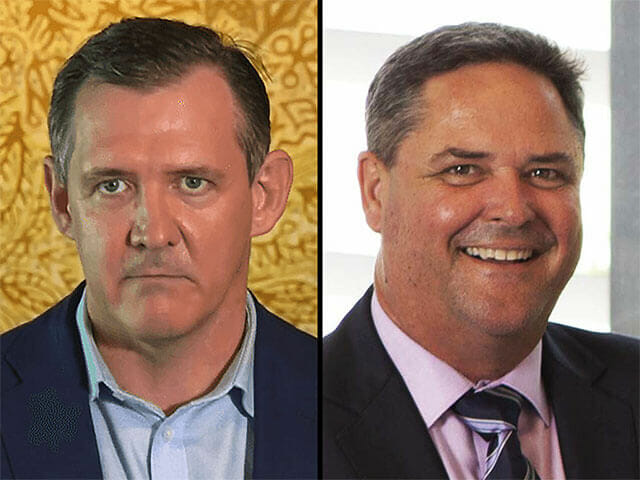 Brett Dixon’s fight to remain on the Darwin Turf Club board will have consequences for members of all clubs and boards across the Northern Territory, as Chief Minister Michael Gunner’s office insisted yesterday that the Associations Act will be amended to give the government the power to terminate directors at its discretion.

Mr Dixon, who the ICAC found engaged in corrupt conduct involving the $12 million grandstand project, has put his name on the ballot for re-election to the DTC board despite Mr Gunner last month calling for all board members to resign in the wake of the ICAC’s findings.

The club will hold a Special General Meeting on Monday to vote for a new board.

Other previous board members Damian Moriarty and Rob Longuet have also put their names forward to sit on the new DTC board.

Mr Dixon has stated that Mr Gunner does not have the power to sack a board member and suggested he will leave the decision of whether to sack him up to club members.

“It is a matter for the members of the Club, a good number of whom have been unwavering in their support of myself and my colleagues on the Board,” Mr Dixon said in a statement last week.

The Associations Act is legislation that governs the running of clubs and boards in the NT.

Mr Gunner’s office told the ABC yesterday that the government will move ahead with amendments to the Act that would give the government the power to fire board directors at its discretion.

It is unclear how Mr Gunner arrived at the decision to sack the Turf Club board and then pledge to change legislation affecting hundreds of others rather than allowing for the ICAC’s recommendations that Mr Dixon be referred to the Police Commissioner to be considered “as a disqualified person under section 40 of the Associations Act”.

Hospitality NT director Alex Bruce said clubs his group represents have been vocal for years about supporting “increased director governance and financial training requirements similar to those in other jurisdictions”.

However, he said, any changes to the Associations Act must involve a consultative process.

“There is a very broad range of volunteer and community groups captured by the Associations Act, including sports and recreational clubs throughout the NT,” he said.

“As such, we would like to see the full, transparent and consultative process followed on any proposed legislative changes.

“This would allow all those groups the opportunity to examine any proposed changes and provide submissions for Parliament to consider.”

It also remains unclear whether Mr Gunner will follow through with the changes if Mr Dixon and the other DTC board members walk away.

His office declined to answer questions or provide an overview of what precisely it would be looking to amend in the Associations Act.

Opposition says only one board should resign over grandstand debacle

Deputy Opposition Leader Gerard Maley said giving the government more say about the governance of other clubs and boards would have serious consequences.

“We should never be in a position where every gymnastics club, pony club or footy club is controlled by Michael Gunner, and the CLP will not support these changes,” he said.

“The only people who should have a say about who is on the board of a club is its membership – and Labor should stop interfering.

“Michael Gunner and his cabinet colleagues sit on the only board that could approve the $12 million for this dodgy deal.

Instead of investigating Mr Dixon for the alleged corrupt conduct and disqualification from boards, Police Commissioner Jamie Chalker confirmed he is attempting to have the NT Police investigate the ICAC for alleged leaks of information to the NT Independent at the request of Mr Dixon, which was supported by the Chief Minister.

Mr Dixon has filed Supreme Court action to have the ICAC’s findings overturned.

Meanwhile, a South Australia political party, SA Best, has asked for the Auditor General in that state to review how board members are appointed to Racing SA, following the NT ICAC’s findings against Mr Dixon.