Darwin’s old Woolies building back on the market, Stone Houses also up for sale 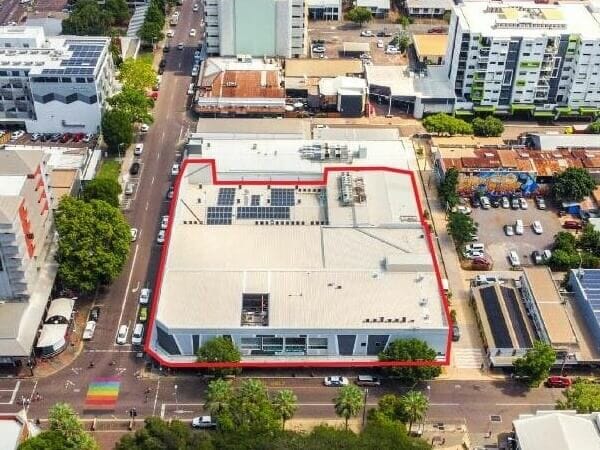 The prime Darwin retail buildings that house popular bars Charlie’s and Stone House Wine Bar are up for sale as lenders attempt to recoup funds lent to local developer Gwelo Investments, after it went into receivership earlier this year.

The Old Woolies building on Smith and Kunckey Streets and the heritage-listed Stone Houses on Cavenagh Street will be sold by insolvency specialist KordaMentha after being appointed by La Trobe Financial and Wingate.

The listing of the Gwelo assets will also reportedly include dozens of apartments and vacant lots, following a previous sale of a large pool of Gwelo assets in June that did not proceed, according to the Australian Financial Review.

In July, Coolalinga Central shopping centre – another Gwelo asset – was sold for $83 million after going into receivership. The building had cost $400 million to develop, which included a large residential estate behind the development.

The two Darwin CBD retail buildings are being marketed through expressions of interest by Nigel Sharp from NTC Property and Ben Parkinson from JLL Adelaide.

Oracle Insolvency Services was appointed liquidator of Gwelo in June.