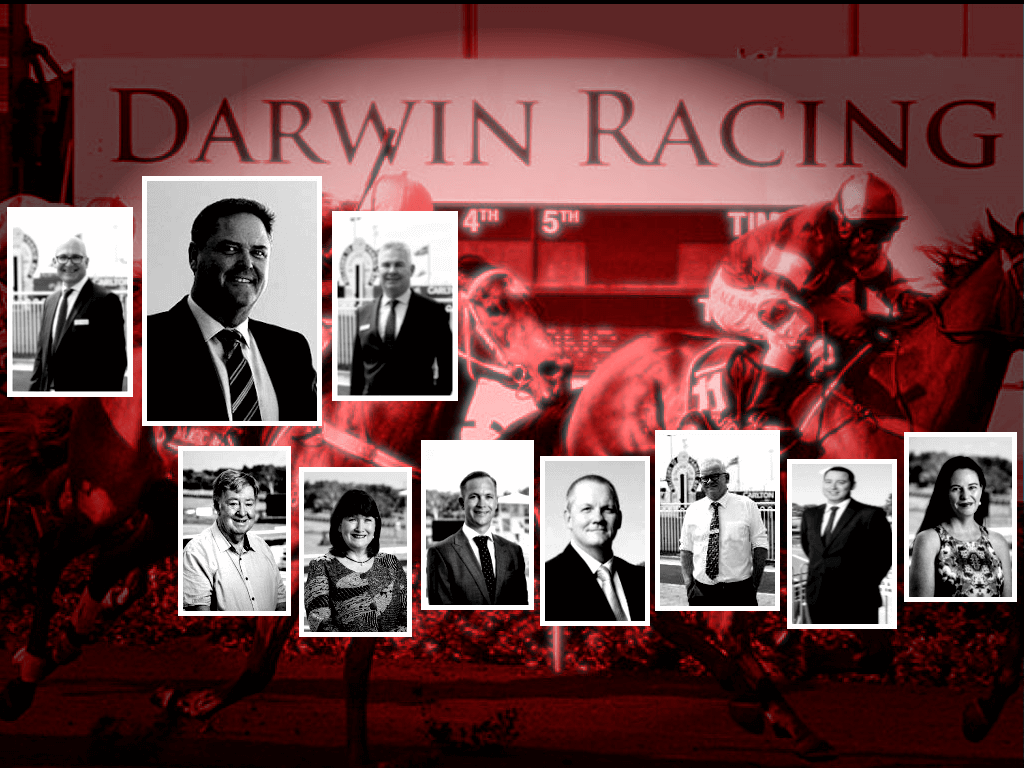 EXCLUSIVE: The Darwin Turf Club’s board of directors was not aware chairman Brett Dixon was lobbying the Gunner Government for a $12 million grant to build a new grandstand until he disclosed that he had secured the taxpayer money in June 2019 – less than three months before his company was awarded the contract to build it – internal Turf Club documents obtained by the NT Independent reveal.

The documents, and public comments made by Mr Dixon last year, reveal he had lobbied Mr Gunner’s office since mid-2018 to secure the unbudgeted funding, that involved producing concept drawings, a video presentation and a brief for government approval that appears not to have been disclosed to, or approved by, the Turf Club board.

Records of meetings show neither the board nor the chairman discussed the grandstand project in meetings leading up to the June meeting, including in his chairman’s report at the May 2019 Annual General Meeting of all Turf Club members, despite the concept designs already having been completed and sent to government.

It was unclear on whose authority Mr Dixon was lobbying the government, given the Turf Club board was unaware of the proposal.

His company Jaytex Constructions was controversially awarded the contract to build the new grandstand in September 2019 by a Turf Club selection panel.

Mr Dixon told the ABC in February 2020 that he intended to inform Darwin Turf Club members of the proposed project in a 2018 “Christmas newsletter” that the NT Independent understands was never sent.

Documents given to the ABC through Freedom of Information laws previously showed Mr Dixon was communicating with Mr Gunner’s office in December 2018, seven months before records indicate the board was made aware of the project.

“Please find attached update on the Silks Project and information on proposed stand we are negotiating with NTG,” Mr Dixon wrote to government officials on December 8, 2018.

Mr Dixon told the ABC in a February 2020 article that he had been lobbying the government since mid-2018 for a new grandstand. 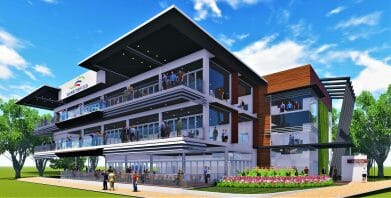 “As of December 2018, I had been discussing the possibility of a government-funded grandstand for over six months with government, and I wanted to convey that to the members in our Christmas newsletter,” he said.

That newsletter was never sent.

In January 2019, Mr Gunner’s chief of staff Alf Leonardi exchanged correspondence with Mr Dixon about the grandstand, six months before cabinet approved the grant and six months before the board was made aware of the proposal.

Mr Leonardi provided Mr Dixon with a draft letter for Mr Dixon to send to Racing Minister Natasha Fyles and Treasurer Nicole Manison, highlighting the benefits of building the grandstand.

“This is the letter you need to write to us,” Mr Leonardi wrote to Mr Dixon. “It should go to the Racing Minister and the Treasurer.”

Mr Gunner responded to Mr Dixon two weeks later to say he supported the idea and looked forward to a “timely outcome”.

In February 2020, Mr Gunner said he had referred the documents to the Independent Commissioner Against Corruption after the ABC exposed the lobbying letter had been drafted by his chief of staff.

Mr Dixon was part of a group of four Darwin businessmen who donated $100,000 to Mr Gunner’s Labor party in the lead up to the 2016 election, which he previously said was to help end the previous CLP government’s chaotic reign.

Works progressed with consultants despite board being unaware: Documents

Turf Club records show Mr Dixon first informed the board of the project on June 18, 2019, after the $12 million taxpayer-funded grant had been approved.

“Prior to the meeting the chairman informed the board that they have been awarded a grant of $12m from the NT Government for the building of a new grandstand over the current Ted’s Bar,” official minutes of the June 18 board meeting state.

“The chairman advised that the drawings have gone to RLB [a construction consultant] now and we are expecting an estimate of $10-$11m with $1m allocated for furniture and fit out.

“The chairman noted that the project will be run differently to Silks, there will be no volunteer work and someone will be employed specifically to carry out the works.”

A timeline of the tender process created and circulated internally by the Turf Club board in July 2019 shows development approval drawings for the proposed grandstand were undertaken by Concept Designs in April 2019 – two months before the board was officially aware of the proposal.

A “functional brief” was also prepared in April to give to government, but it remains unclear who produced that and whether the Turf Club paid for it.

Director George Savvas did not respond to the NT Independent’s questions over his involvement in the initial drawings and whether he had been paid by the Turf Club.

Bede Rodeghiero, a structural engineer with WGA who had previously done engineering works for the Turf Club also did not respond to questions, including whether he was involved in developing the initial plans that Mr Dixon used to lobby the government.

Jaytex manager Matthew Moss also did not respond to questions over whether he was involved in the initial plans for the grandstand.

Board surprised by announcement, queried basic features of new grandstand after money was approved: Documents

The announcement of the surprise $12 million grant appeared to have caught some board members off-guard, the documents show.

Jon Bourke, who is no longer a board member, queried the designs of the building, with Mr Dixon relaying the details of the proposed concept drawings that envisioned a three-story complex with a sports bar on the ground level, a first-floor dining facility and second floor “corporate boxes”.

“The chairman estimated that the second floor alone could generate $200k on Cup Day,” the June 18, 2019 board minutes state.

“It was noted the benefit of having additional air conditioned facilities will bring up to an additional 1000 people from out of town that may not have come prior.”

Board member Anya Lorimer then asked Mr Dixon about the capacity of the proposed new grandstand.

“The chairman advised that sitting down there would be 1000pax approximately over two floors,” the minutes state.

“It was noted that this grant is the biggest contribution received from the NT Government since the 90s when the Ted Bailey grandstand was built.”

All members of the board who were present at that meeting declined to answer the NT Independent’s questions, including why nobody had raised the issue of Mr Dixon lobbying the government without their knowledge.