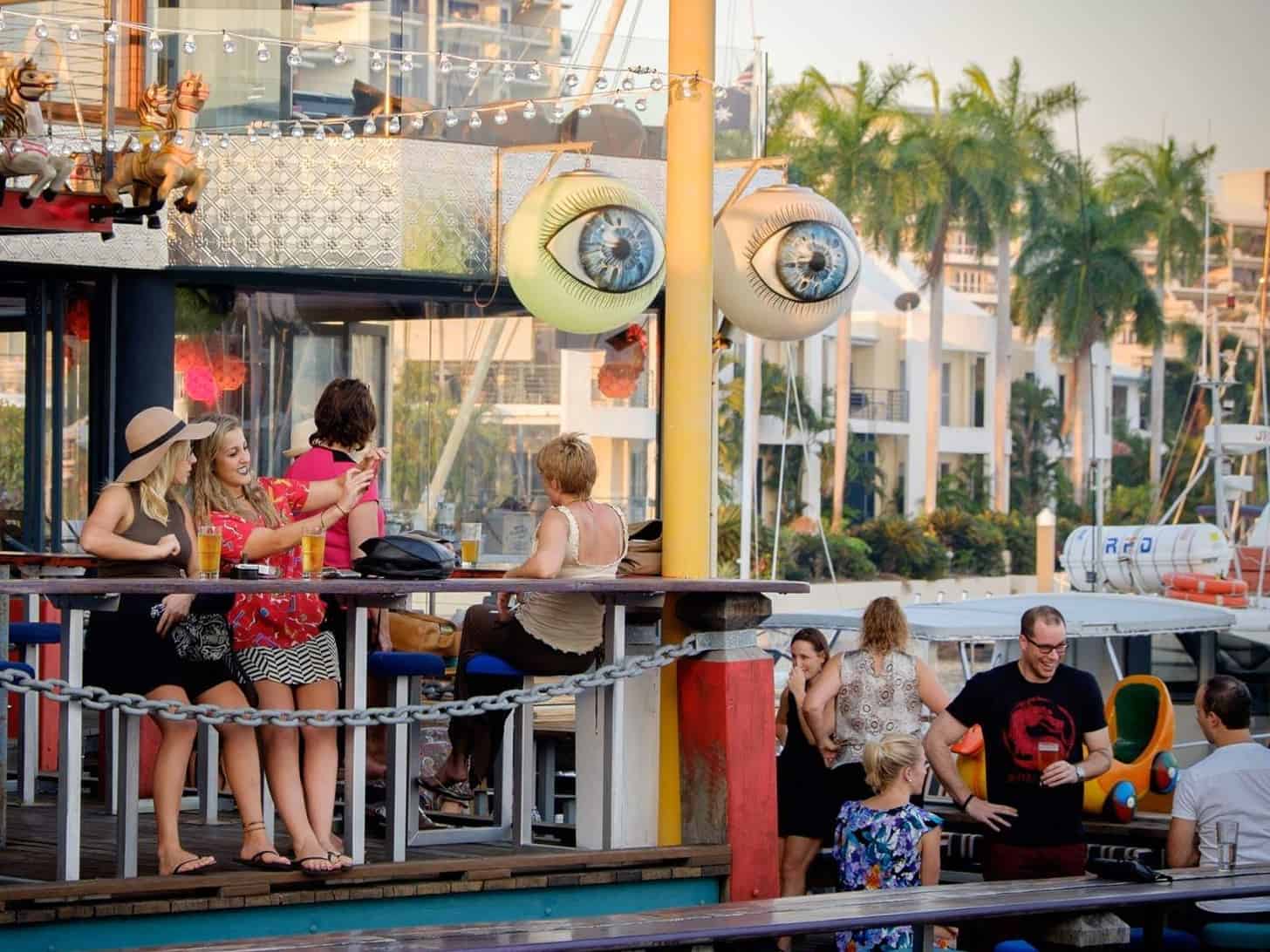 Lola’s Pergola has been fined $5495 by the NT Police for allegedly breaching coronavirus restrictions over the service of alcohol.

Police allege the venue was serving alcohol to customers who had not ordered food, had customers not in seats while drinking and was not practicing proper social distancing measures on the premises.

It’s the first venue in the NT to be fined.

On Sunday they were issued with the fine for allegedly “failing to abide by the Chief Health Officer’s directions”.

Matt Mulga, owner of Lola’s told the ABC on Saturday that the new rules did not make sense and weren’t effective.

“The restrictions, I don’t know how well thought out they were,” he said. “We do our best to follow them and we encourage our patrons to follow them.

“I’m sure we’ll look back at [restrictions rules] and say they were ill-conceived … and I’m sure the Government will admit that,” Mr Mulga said.

“If we don’t have places like this open, instead we (will) have (other private) places where there’s no control.”

Police said they were “advised by concerned patrons that alcohol was being served without meals being consumed” on Friday.

“Observations of the venue confirmed this was clearly occurring against the CHO (Chief Health Officer) directions,” a police statement said. “The owner was provided with advice and education in regards to the expectations of the CHO.”

But, police acting Commander Gill [full name not provided by NT Police], said the inappropriate conduct continued at the establishment on Saturday and again on Sunday when the fine was issued.

“This is a timely reminder that the onus is (on) licenced premises and individuals to adhere to Stage 2 restrictions of the Territory’s roadmap to our new normal,” acting Cmdr Gill said.

Until June 5, NT pubs, bars and restuarants are currently allowed to open, provided customers stay for a maximum of two hours, adhere to physical distancing rules and that meals are served with alcohol. A 10-person table limit is also enforced.

As of June 5, those rules will no longer apply.