Darwin Council Alderman Gary Haslett has criticised a proposal to scrap the Lord’s Prayer from being read at the opening of council meetings, labelling any move to block it “cultural vandalism”.

Fighting the long entrenched tradition, Alderman Robin Knox said the council process is “not very inclusive” and suggested a more “universal blessing” might be more appropriate.

But Mr Haslett strongly objected, saying the prayer was part of his “heritage” and that “more than 80 per cent of the world has the same background”.

A multitude of councils across Australia have shifted away from the prayer in recent years in the name of inclusivity, but the idea of doing away with the tradition sparked impassioned debate at Tuesday night’s council meeting.

“Darwin has over 70 ethnic groups… I think a more universal blessing would be appropriate,” Alderman Knox said.

“Whether the blessing be combined with the acknowledgement of country or it be a universal blessing, or whatever, this is something the public could tease out in consultation.

“I feel at the moment, the Lord’s Prayer represents only one part of our community, and it is such a diverse community.”

The Darwin Council commences each of its meetings standing to chorus an acknowledgement of country followed by the Lord’s Prayer. 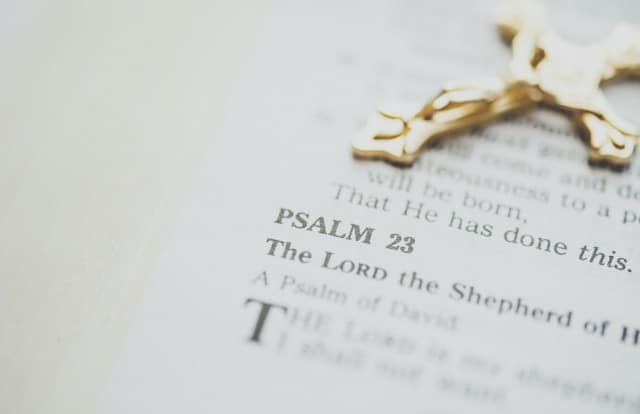 Alderman Robin Knox said she had received complaints the Lord’s Prayer was not inclusive of a “very diverse” community.

Across the rest of the country, many councils have scrapped the prayer. Half of Central Victoria’s councils have discarded it and a petition signed by more than 800 people is calling for Brisbane City Council to make the move.

Greens Leader Richard di Natale said the Lord’s Prayer in Federal Parliament was an anachronism in 2014.

Australia’s religious makeup has shifted significantly over the past 10 years, according to the Australian Bureau of Statistics (ABS).

The Lord’s Prayer is also currently read out before all NT Legislative Assembly sittings.

“This is my heritage, my culture”: Haslett on keeping prayer

Alderman Gary Haslett said this was not the first time the issue of praying had been raised in council, and a request for a change had been knocked back previously.

“The words of this prayer, there is nothing you could find issue with,” he said. “If we followed what [the Lord’s Prayer] said, we would do our jobs very well.”

“This is cultural vandalism,” Alderman Haslett told the council.

“This is my heritage, my culture that has been with my forebearer’s for thousands of years and I must say more than 80 per cent of the world has the same background.” 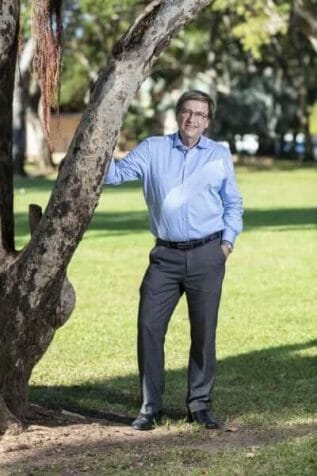 Alderman Haslett was not the only elected member to oppose ending the prayer.

Alderman Mick Palmer said the Lord’s Prayer is a “universal reminder to do our duty, to do our best”.

“It is an important part of our heritage… and democratic tradition that we maintain these things as a reminder,” he said.

“You may not always agree with the policies of said governments, but generally they [make decisions] in the spirit the Lord’s Prayer intended them to.”

Alderman Justine Glover told councillors that when she was first elected to the council she also questioned the relevance of the prayer.

But she said she was told it is “a way of us coming together and saying the prayer and acknowledging we are moving from our daily lives… to concentrate on our community’s business.”

Lord Mayor Kon Vaskalis said it is not about religion, but rather about tradition.

“The way we meet here today… is part of a tradition of the time when the first council met in Darwin,” he said.

“Religion is part of my national and cultural heritage and I cannot seperate the two.”

The motion, which would have come at a cost to rate payers, as council would have needed to consult the community, was voted down with eight Alderman opposing the idea.

Alderman Simon Niblock however said the council needed to recognise the community has changed and is no longer “a colony or an outpost of England”.