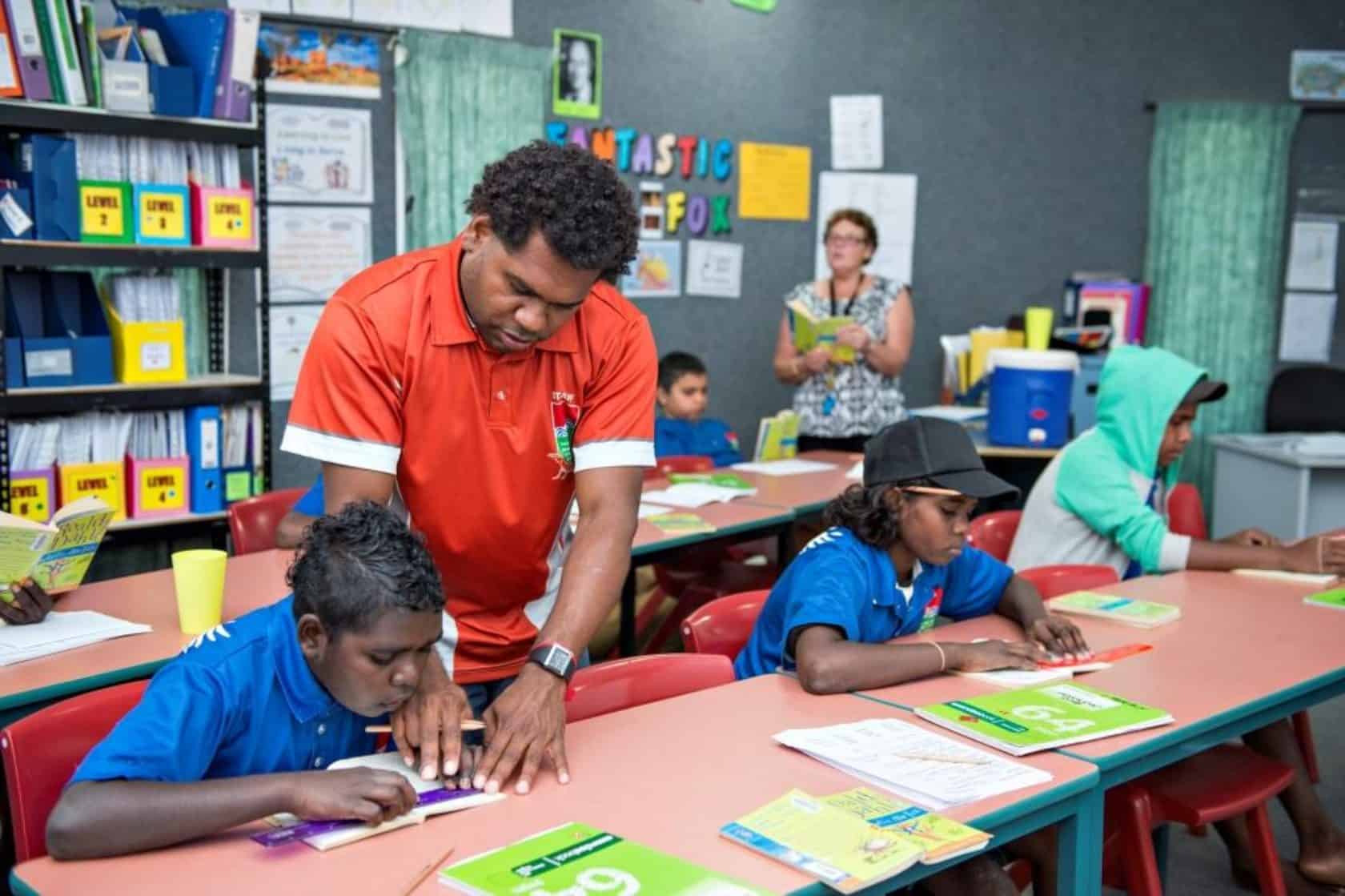 The current education model in NT Government-run remote schools is not setting up Aboriginal students for success and Indigenous cultural teaching must be integrated to the curriculum to see students thrive, a Charles Darwin University study has found.

He sought to examine the policy reasons behind the shortcomings and found that the current education curriculum is keeping Indigenous students marginalised and significantly behind other Australian students academically.

Respondents to the study included students from remote schools across the Territory including the Tiwi Islands, Katherine region, Groote Eylandt, and Arnhem Land.

Dr Fry said he analysed the way that Western-formatted education policies impacted remote families and their capacity to engage meaningfully with government-run schools.

During his visit to Gunbalanya School in Arnhem Land, Dr Fry said he learned that “Indigenous cultural inclusion is needed within the policy planning of NT remote school services and that Aboriginal voices must be central in educational service delivery”.

“Examples like Gunbalanya show that the institution of education is more likely to succeed when Aboriginal peoples are centrally positioned in the leadership, governance, and voices of education concerning children and community development,” he said.

Dr Fry’s study also revealed that students who are connected to their Indigenous identity at school are more positive and engaged at school. Their attendance and performance outcomes are also higher.

“If we want Aboriginal students to thrive in remote schools, the voices of Aboriginal people must be built in and integrated within the school and be a place where children can listen to the stories and languages of their people,” he said.

“The way we can start to engineer change from the current system that impacts indigenous young people is by connecting kids to culture and allowing them to have a sense of grounding in their identity and creating indigenous led and run schools.”

Dr Fry has been a teacher and senior executive principal in remote and urban schools in the Territory for more than 25 years. He grew up in Darwin and is a proud Aboriginal man from Katherine and is a registered member of the Dagoman language group.