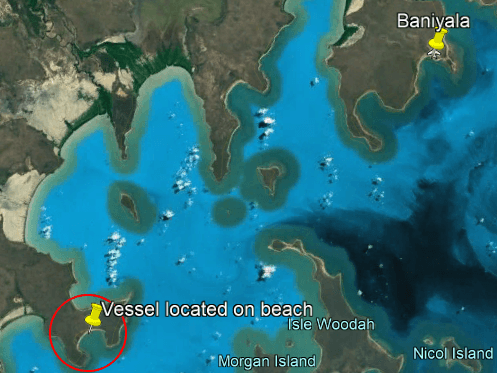 A man and woman have been rescued in Blue Mud Bay after spending the night in remote East Arnhem waters following their boat experiencing a machinery breakdown, NT Police said.

On Monday, the duo left Baniyala, situated on Blue Mud Bay in the Gulf of Carpentaria but their boat had a gearbox failure leaving them stranded between Walker River and Haddon Head, late Monday night.

Authorities did not mention where the pair was headed or their purpose for sailing along the remote area.

Police said the stranded people were able to contact another person to inform authorities that they needed to be rescued and relay that they had food supplies. 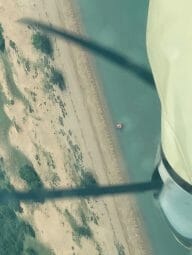 Rescue personnel launched an air search early this morning, with an aircraft activated from Gove locating the vessel on a remote beach near Haddon Head.

The aircraft crew provided an exact GPS position to the Alyangula Police vessel, who recovered the man and woman a short time later.

“Both the man and woman were taken back to their vehicle at Baniyala and are reportedly safe and well after a long night,” Sergeant Andrew Hocking said.

“These people were well prepared, they set up a V-sheet for our search craft to spot and had adequate food and water for the night, without the right safety equipment on board, the outcome could have been far worse.”

Sgt Hocking reminded people who travel on NT waters to ensure they have emergency equipment and supplies including food and water, safety gear and a registered Emergency Position Indicating Radio Beacon (EPIRB).