Communication breakdown: The ongoing saga of the spin doctors to the chief 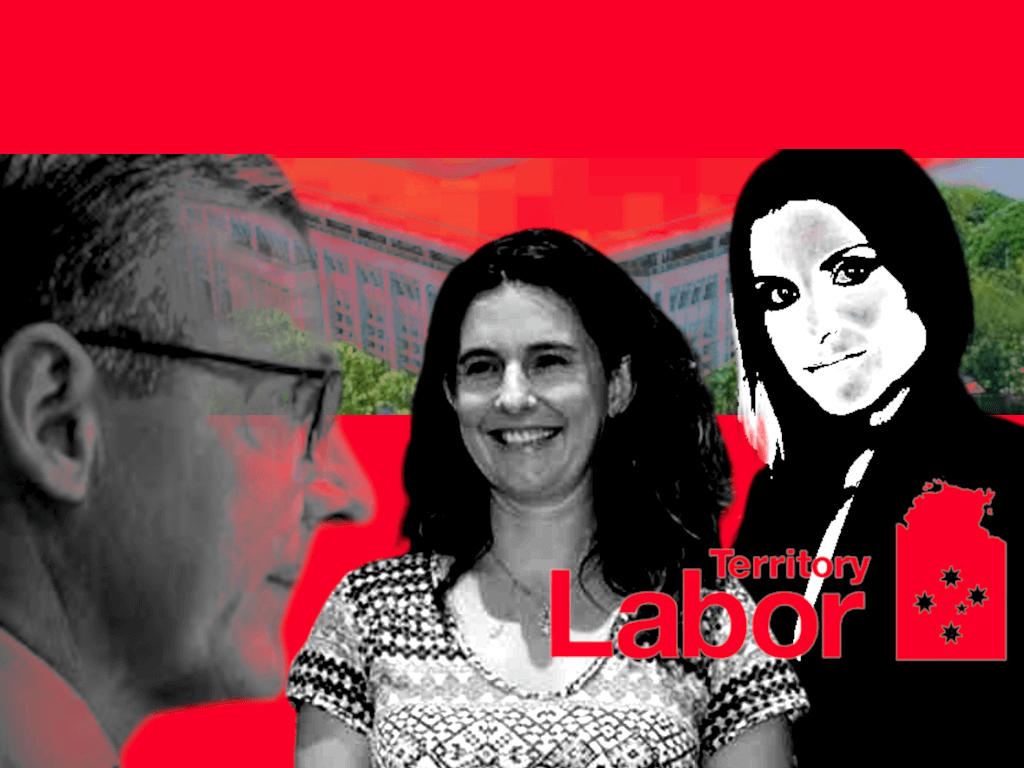 There is chaos in Chief Minister Michael Gunner’s communications department after acting communications director Jamie Collins, who was also head of social media, resigned unexpectedly this week after only six months, with word that Mr Gunner’s chief of staff tried to have incumbent Maria Billias removed from her role.

There is no official announcement of when he will leave but it’s expected it will be next Friday, only serving a week following his resignation.

Ms Billias is said to have been back in Darwin for several weeks and some insiders say is set to resume the role of communications director on Monday, however there has been no internal or external announcements about that.

Leaks from the fifth floor however, indicate Mr Gunner’s chief of staff Emily Beresford-Cane wanted to remove Ms Billas from her role and give both roles to Mr Collins.

It was said that Ms Billias returned to Darwin upon hearing of the plot.

Ms Beresford-Cane dislikes journalists and is said to be paranoid about what the media will report about government. She has developed a reputation as lacking political acumen and strategy when it comes to the media.

The upheaval follows a report in The Australian two weeks ago that quoted senior Darwin journalists describing the Gunner Government’s handling of media conferences as “shambolic” and “ridiculous” by providing short notice and excluding journalists on a whim.

The Media, Entertainment and Arts Alliance was quoted in the national newspaper as saying the Gunner Government was “developing a reputation as being hostile towards the media”, and urging them to act professionally.

Other fifth floor changes will see Mr Gunner’s deputy chief of staff Chris Grace as acting engagement and communications director while that job is advertised.

But adding to the confusion of who is in what role, is the return to Darwin of Mr Gunner’s former communications director Craig Rowston, who served in the role from October 2016 for about two years before becoming then-treasurer Nicole Manison’s chief of staff, quitting the role in February 2020.

He spent about 17 months as the general manager of communications, marketing and government relations with the Gold Coast Suns AFL team, which has a deal with the NT Government worth about $700,000 a year to play a game in Darwin paid for by taxpayers.

Ms Billis took over the director of communications role from him.

Sources say it is likely Mr Rowston will take over from Hayley Palazzi as strategic communications and engagement director at the Department of Chief Minister and Cabinet but it would be a relatively low-rent job compared to what he has been doing.

His name has also not been ruled out to reassume Mr Gunner’s communications director role. He grew up in Darwin and his wife Mary Fall stayed in town working as Minister Lauren Moss’s chief of staff.

If Ms Billias does come back into the director role, she may have a different experience with parts of the media following the announcement of former colleague and NT News editor Matt Williams leaving his job to move to Melbourne. They have had a very close relationship, including long boozy lunches together, with the NT News running many front page “drops” from her office over the last few years with uncritical articles almost verbatim from the press release that would be issued to the rest of the media the next day.

The former NT News political reporter Madura McCormack, who Ms Billias described on Linkedin as a “superstar” when it was announced she was leaving earlier this year, is also gone.

As can be the case with governments in the NT as they go along, their communications teams can become less experienced.

Health and Tourism Minister Nastasha Fyle’s media adviser Jacob Wilson has about three-and-half-years’ experience at small newspapers and about a year as a media adviser for a Cairns-based Labor senator.

Elle Conway was a reporter for ABC Canberra and Channel Nine in Darwin for less than three years before being given the gig as a “preemptive” media adviser during a shake up on the fifth floor about eight months ago that shattered morale soon after the election victory that gave Labor a second term.

Gunner’s team also recruited a South Australian named Kym Morgan to be the Chief Minister’s media adviser about two months ago. He had been the state media manager for NBN Co for about two years, according to his linked in, and before that he spent five months as the media manager for the City of Salisbury.

He previously spent about eight years as a group sports editor for free community newspapers in Adelaide and was a general news reporter for those same free papers.

He has no advertised political experience.

Before his appointment, the job had been held by Gerard Richardson for about a year, who had been Bill Shorten’s communications director in the lead up to his failed prime ministerial bid. He has taken a part time role on the fifth floor so he can study law at the same time.

Billias “thrown under the bus”

Ms Billias went to Melbourne unexpectedly on extended leave, two months ago, which was said to be for three months but others suspected she was not coming back to her role.

She was said to be looking after a family member but some speculate that she also may have been sent away by the chief minister after the so-called “cocaine sex scandal”, which is currently being investigated by the ICAC.

One insider who spoke of the toxic environment of the fifth floor said Ms Billas has been “thrown under the bus” by Mr Gunner and that she deserved his loyalty.

However, there has been no solid information about her being forced on leave that has been made public.

In late March, this newspaper reported Ms Billias’s handling of an email from the NT Independent outlining allegations and describing explicit messages between Mark Turner, senior fifth floor adviser Kent Rowe and their mistress was being investigated by the Independent Commissioner Against Corruption.

Ms Billas has claimed responsibility, along with Mr Gunner, for banning the NT Independent from press conferences, a move that has caused international condemnation and embarrassment, including strong criticism from several peak journalism groups, the Australian Senate, the Media Entertainment and Arts Alliance, the ABC’s Media Watch program, and Peter Greste’s group the Alliance for Journalists’ Freedom, among others.

The Australian reported last month that the Gunner Government’s policy of notifying newsrooms of press conferences at short notice to avoid the NT Independent turning up had rankled many local journalists who called for changes to how the government works with media.

Mr Gunner’s media team were accused of limiting press freedom by cherry-picking which journalists attend press conferences, which was described as “shambolic” and “ridiculous”.

Culture of failure on the fifth floor, low morale

Mr Gunner created chaos on the fifth floor in October after winning the election, culling long serving and loyal Labor identities, including his former deputy chief of staff Kieran Phillips who is credited with securing Mr Gunner the Labor leadership, and his father Charlie Phillips who was a senior policy adviser.

Some staff, who were clearly on the outer for reasons other than their proficiency in their job, were told they would have to re-apply and then told they were unsuccessful. They were forced to go through the process of re-applying or faced losing their modest payouts.

Others who lost their jobs included Andrea Allen, who was Natasha Fyles’s chief-of-staff who was very well respected on the fifth floor. As well as research officer Mick Taylor who took leave from his job to run for the party in the seat of Goyder but was not given his job back.

The instability on the fifth floor started after an internal review by Victorian Premier Daniel Andrews’ chief-of-staff Lissie Ratcliff who Mr Gunner hired in 2019 to investigate how his office was functioning prior to the dismissal of his high-profile chief of staff Alf Leonardi that year.

He has claimed he threw the report out after the ABC filed an FOI application for the review.

Another report into the toxic culture of the fifth floor was commissioned later that same year, undertaken by Mr Gunner’s mate and former NT Labor staffer Mark Hough. The results of that report have also not been made public, but it was completed while allegations of illicit drug use amongst fifth floor staffers was widely discussed, as Mr Gunner has acknowledged.