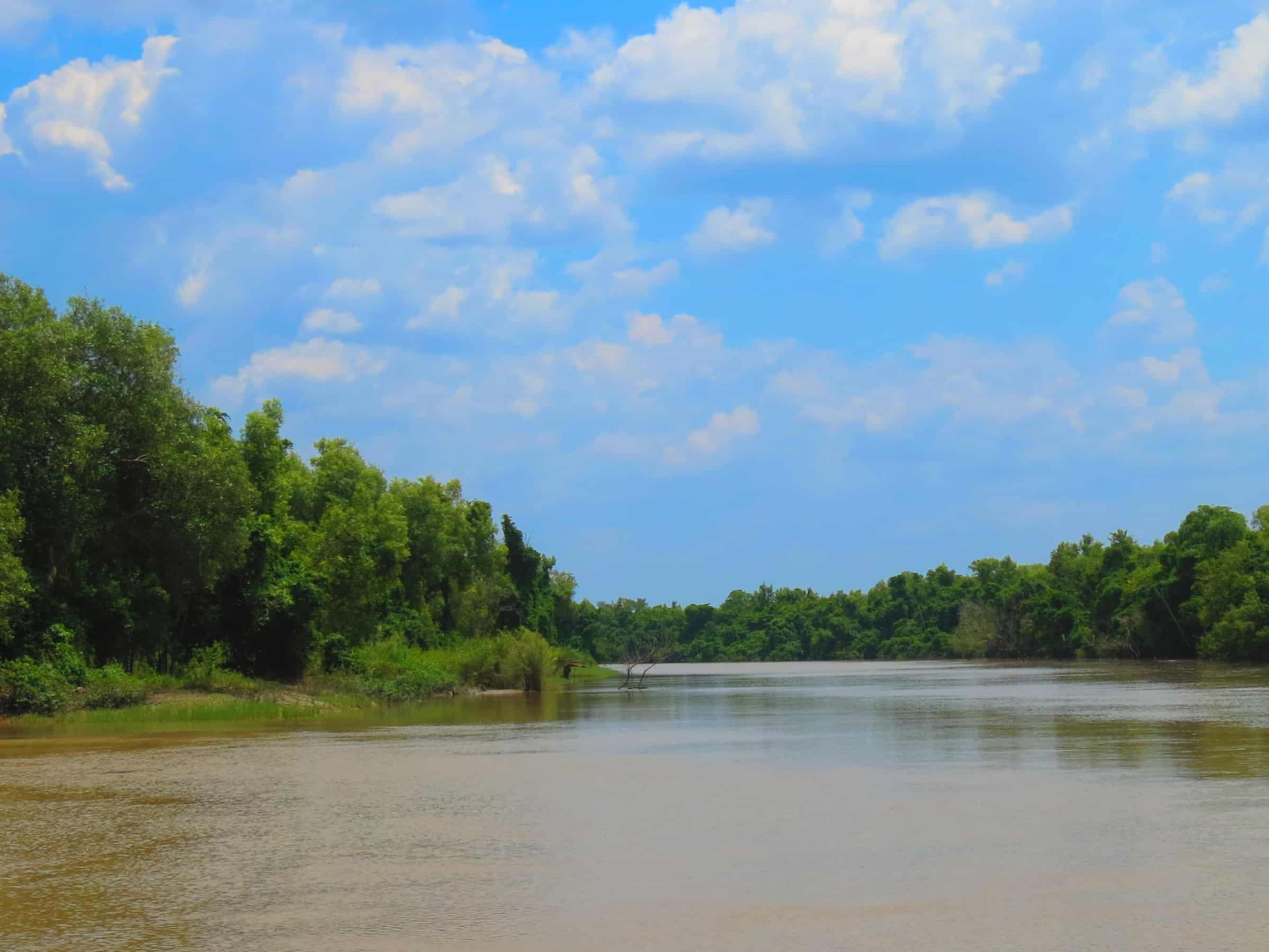 Three Darwin men in distress in croc-infested waters after their boat’s engine failed have been rescued following an EPIRB alert being activated, NT Water Police say.

The Rescue Coordination Centre in Canberra contacted the Northern Territory Police on Wednesday afternoon about an emergency beacon activation near the Adelaide River mouth to the east of Darwin, Sergeant Andrew Hocking said.

However, no other information has been made available because the vessel’s Emergency Position Indicating Radio Beacon (EPIRB) was unregistered.

Sgt Hocking said Water Police launched a vessel from the Saltwater Arm Boat Ramp, while a rescue helicopter was tasked to respond from RAAF Base Tindal. The helicopter crew reported three people on board a small boat tied to the edge of the mangroves, indicating their engine had failed.

Water Police arrived and towed the vessel back to the Saltwater Arm Boat Ramp, he said.

The Darwin men – a teenager, a 25-year-old and a 50-year-old – were rescued safely and no one was reported injured.

Details as to why their engine failed were not disclosed.

Sgt Hocking meanwhile reminded Territorians who own boats and would-be adventurers to register their EPIRB and dispose of expired devices correctly.

“Even though this rescue was dealt with quickly and all persons were recovered safely, it is an important reminder to register your emergency beacon,” he said.

He said the registration process provides rescue authorities with crucial information such as the details of the owner, details of the vessel, and other emergency contacts.

“With that information at hand we can work out exactly who and what we are looking for early in the emergency and respond accordingly.”