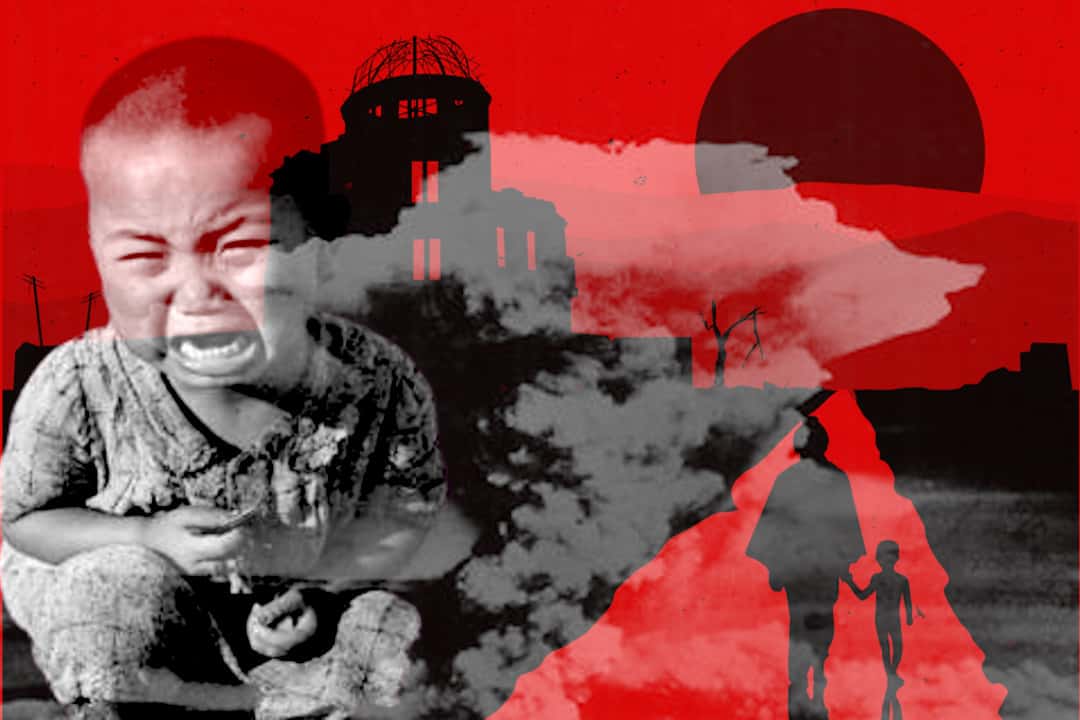 The atomic bombings of Japan, which occurred 75 years ago this year, stunned and horrified the world.

The first blast, which obliterated Hiroshima on August 6, 1945, killed more than 100,000 people, mostly civilians. The second attack, which targeted Nagasaki on August 9, killed another 80,000.

Most victims died in the immediate detonations and resulting firestorm; many additional thousands were burned or succumbed later from exposure to fallout. The misery continued: cancer rates in post-war Japan skyrocketed, while future generations suffered the long-term effects of radioactive contamination.

Yet, despite the scale of the humanitarian catastrophe stemming from the decision by the United States to drop the two bombs on Japan, a conventional military campaign to conquer the Home Islands, planned under the codename Operation Downfall, would almost certainly have exacted an even greater death toll. Here’s an assessment. 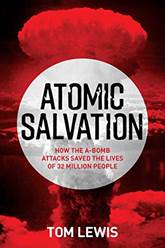 The Empire, though shattered in 1945, was far from beaten. Around 10,000 kamikaze aircraft awaited the troopships. The lesser known suicide speedboats would have attacked with similar numbers, while beneath the waves 600 submarines would have carried their one- and two-man crews on a one-way voyage. Exact figures are hazy, but around 35 million armed militia and regular forces would have fought the invading Allies.

Added to the prospective grim figures were the hundreds of thousands already dying every week in Japanese-held lands. If today you are Indonesian, Malaysian, Chinese, or a member of any one of the myriad of countries and territories taken by the Empire, you too should be grateful for the B-29 bombers Enola Gay and Bock’s Car, and their crews, and the Manhattan Project which created the bombs they dropped.

There were approximately 300,000 prisoners of war in captivity in Japan by mid-1945. As Allied troops landed, Japanese commanders would likely have made good on their plans to execute the prisoners en masse, thereby freeing up the guards to go and meet the invaders.

There would likely have been over a million Allied combat deaths as well. In fact, some have estimated as many as 15,000 Allied military fatalities a week through to the end of 1946. Unbelievable? From D-day in France, June 6, 1944, through to August 21, the Allies lost 73,000 dead. 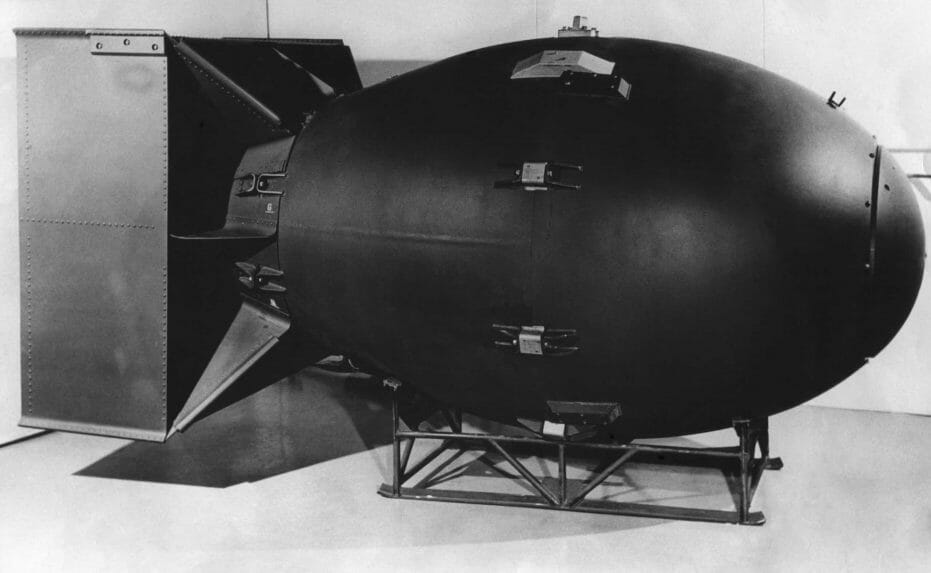 A post-war model of ‘Fat Boy’, the atomic bomb exploded over Nagasaki.

Some have argued that there were alternatives: The Soviet Union’s entry to the war might have convinced the Empire to surrender, although there are no guarantees of that. Japan had famously beaten the Russians in 1905. Besides, the Soviet Union, which had most of its military might positioned in Eastern Europe, lacked the capability for amphibious assault. Furthermore, Russia had little naval forces in Pacific, and no aircraft carriers or battleships to gun the beaches as did Britain and the US military.

Similarly so with any ideas of starving Japan out. The food supplies would have been switched in the main to the troops, hurting the common people even more. But they were preparing to die anyway: young teenagers were being pressed into training for armed resistance.

The Japanese patriotic song One hundred million souls for the Emperor meant just that. One line went: “The day is near when the one hundred million people as one man will be in active resistance to the enemy.”

This was the ultimate irony. Dying made perfect sense to many in the bizarre world of wartime Japan. Millions of soldiers and sailors had already perished. How many more of Japan’s six million remaining men under arms would have been killed rather than surrender? P-51 Mustang pilots discuss their tactics after returning from a mission escorting bombers. Standing and demonstrating how he attacked is Lieutenant Frank Garcia. (USAAF)

British general William Slim, one of the best fighting leaders of the war, expected the Allies to face tenacious defenders.

“There can be no question of the supreme courage and hardihood of the Japanese soldiers,” he wrote. “I know of no army that could have equaled them.” In fact, the Emperor’s troops died at a rate which some came to call the ‘Saipan ratio’, referring to the 97 per cent of the Japanese troops who fought to the death or committed suicide rather than surrender.

In the Home Islands Japanese schoolgirls learnt to use rifles, and women learnt sharpshooting so they could harass Allied troops from the mountains. The use of “satchel charges” was taught, where the user hurled oneself under an enemy vehicle and detonated it.

A Japanese doctor, Shuntaro Hida, working at the Army Hospital in Hiroshima, listed as one of his tasks the education of medical orderlies regarding the techniques of suicide bombing.

“The soldiers were trained to strap bombs to their bodies and throw themselves against the tanks,” he would later recall.

Even after the two atomic blasts the official line was propagated in the newspapers that the country would, and could, continue the war. A typical newspaper carried a headline: “No reason to fear new style bomb” and went on to review the new style countermeasures against the atomic weapons. 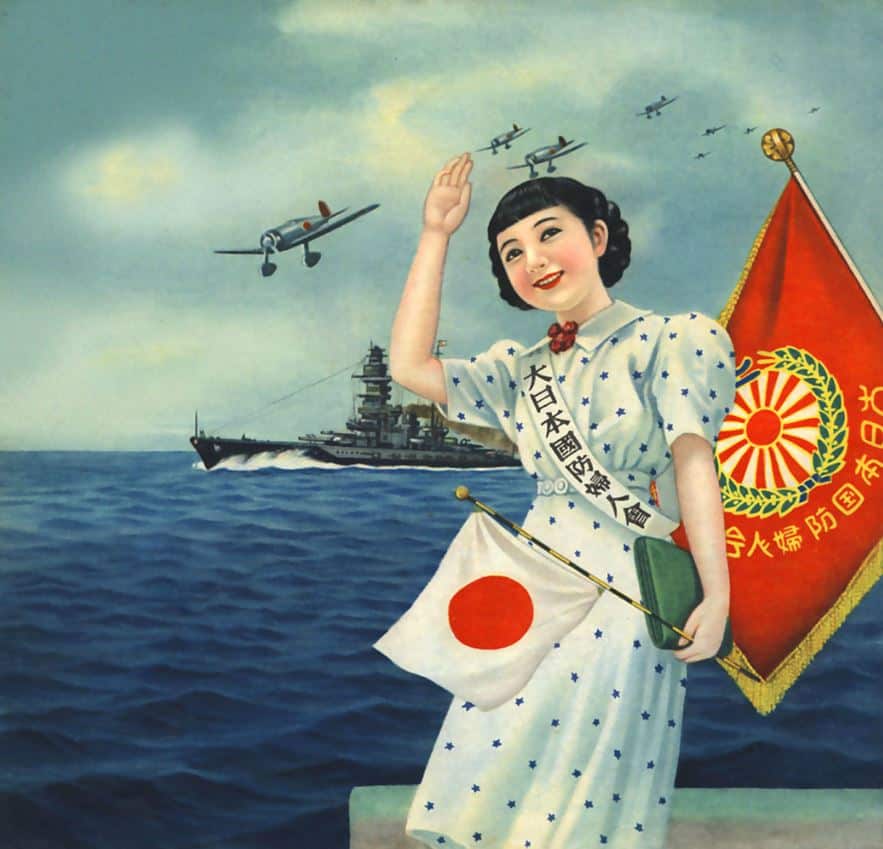 The loss of Hiroshima and Nagasaki were initially seen as no great obstacle to the steadfast orderliness of Japanese people continuing the war. One soldier on leave from Hiroshima when the first bomb fell, Toyofumi Ogura, simply reported for duty as the supervisor of a student work group charged with making hand grenades. They continued their task, even on the outskirts of a city which had seen massive destruction. The Allies dropped, to no avail, millions of leaflets advising people to petition their leader and evacuate their cities.

It took the decision of the Emperor to bring it all to a halt.

Even then a revolution began, to save him from the “misguided advice” he had received. But saner heads prevailed. “One plane, one bomb, one city” was so convincing an argument the war suddenly stopped, as the Emperor broadcast by radio his decision to the nation.

It is odd that over the years some people have pushed a concept that the use of the A-Bombs was wrong. Better, most people would agree, that in the terrible arithmetic of war, that 200,000 should die than many millions.

If the war had continued, it’s entirely possible that as many as 27 million Japanese might have died, as the Allied armies blasted their way from the initial landings zones at the Kyushu Peninsula up towards Tokyo. The mountainous terrain of the entire country would have favoured a cave and tunnels defence, and the Allies would have attacked with overwhelming artillery and air power rather than risk their infantry. But Japan’s brave people would have been eventually annihilated. Ironically, The A-bombs, as horrible as they were, had indeed given salvation. 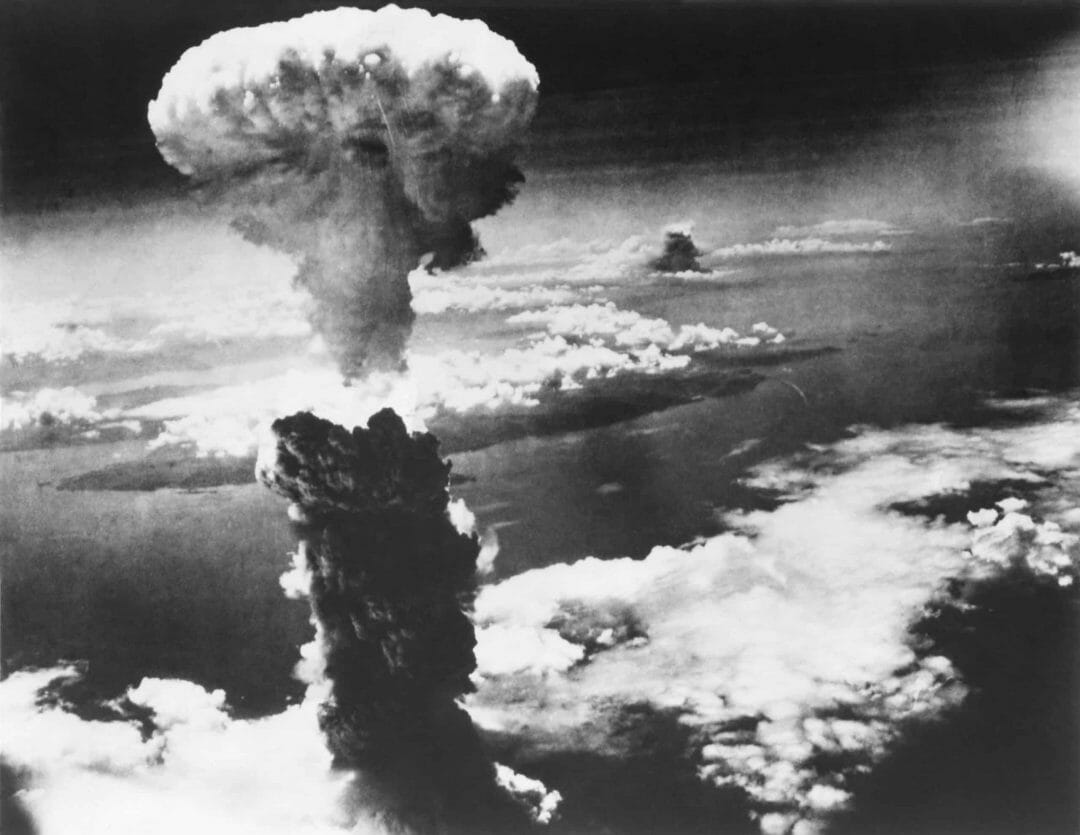 Dr Tom Lewis OAM was a high school teacher who also served as an officer of the Australian Defence Force, where he saw active service as an intelligence analyst in the Middle East. He was written 14 other history books, with his most recent being The Empire Strikes South, and Darwin Bombed! and Lethality in Combat. In 2003 he was awarded the Order of Australia Medal for meritorious service to the Royal Australian Navy, particularly in the promotion of Australian naval history.