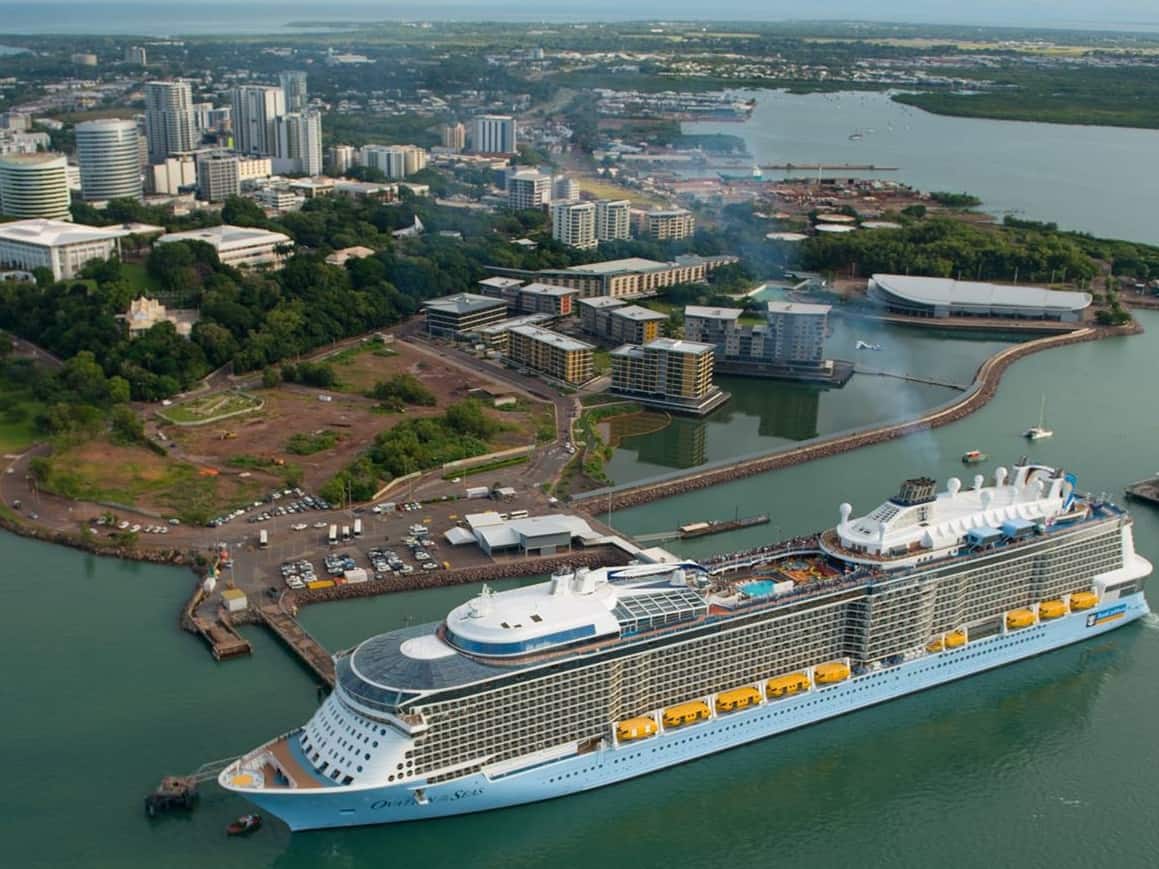 Another federal Labor MP has publicly contradicted Chief Minister Michael Gunner and called for a review of the Darwin Port lease as part of sweeping new federal laws that will see state and territory arrangements with foreign countries torn up if found not to be in the national interest.

In an opinion piece published on Sunday, Federal Member for Solomon Luke Gosling said the $506 million, 99-year Darwin Port lease to Chinese company Landbridge falls “under any reasonable interpretation of the [proposed federal] bill” that aims to examine current state and territory arrangements with China and other foreign countries to ensure they are in line with Australian foreign policy.

“When it comes to our nation’s critical infrastructure for economic or military purposes, the port of our northern capital and forward operating base that is Darwin is one of the most critical,” Mr Gosling wrote.

Foreign Minister Marise Payne has ruled out examining the Darwin Port deal as part of the new legislation because it was a commercial arrangement made between a government and a private corporation.

However, Mr Gosling said that the port would fall under the proposed legislation’s scope because it is an “infrastructure” related agreement and he questioned the “commercial” elements of the deal.

The lease was signed in November 2015 under the previous NT CLP government, with many of the current senior public servants now working for the Gunner Government involved in approving the deal.

“The idea that the 2015 lease of the Darwin Port for 99 years was a straightforward ‘commercial’ agreement was widely panned at the time of the deal’s signing,” Mr Gosling wrote. “At the time, as defence minister, Payne, and then-treasurer Scott Morrison both rejected growing public and expert concerns.

“Now that he has the powers to review the lease, Morrison’s views have changed: it’s not that he can’t do anything, he just doesn’t see Darwin Port as on par with Victoria’s MOU [on the Belt and Road Initiative].”

Despite the calls from his own party, Chief Minister Michael Gunner has previously rejected any review of the deal and has heralded it as a “win” for the Chinese Government and the Australian Government.

“It’s both an Australian government win and a Chinese government win,” he said at a 2019 reception at the Chinese Embassy in Darwin to celebrate the 70th anniversary of the founding of the People’s Republic of China.

“So I think it’s a positive sign of what you can achieve if you work together as a commercial port doing commercial things.”

As late as last week, Mr Gunner again rejected calls for a review or a possible cancellation of the lease, telling reporters that he would rather see the federal government spend $500 million to create jobs in the NT, rather than buy back the port – although nobody has officially suggested that as an option.

“The Australian Government changed the law [around foreign investment] for any future asset sales [after the port lease in 2015],” he said. “Obviously it’s sold, it has been sold so we gotta deal with facts as they are.”

Mr Gunner has still not revealed the details of a deal he signed with Chinese officials while on a trade mission to Shenzhen last October. Under the proposed Foreign Relations Bill, all state and territory arrangements with foreign countries will be put on a public register and those determined not to be in keeping with Australia’s foreign policy will be scrapped.