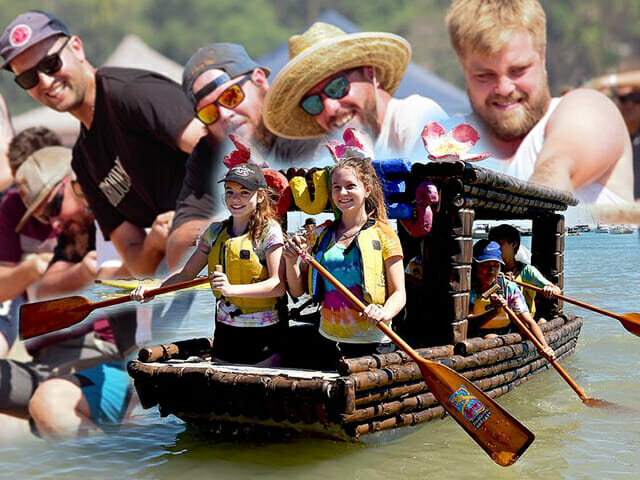 Everyone is invited to attend the annual Darwin’s Lions Beer Can Regatta (BCR) which will be held this coming Sunday, June 26, at Mindil Beach with this year’s theme “Fashions on the Beach”.

This iconic event attracts thousands of locals and visitors who use their imagination to design a vessel from cans, plastic bottles or even milk cartons as long as it floats!

The first BCR festival was held on June 16, 1974, started by Lutz Frankenfeld and Paul Rice-Chapman and was attended by 22,000 people—almost half of Darwin’s population at that time with more than 60 boats competing.

Beer can boat racing was born after Frankenfeld and Chapman were asked to come up with a “water” festival. Both came up with the idea of a beer can raft and later added an outboard motor on the back of a raft, with the first-ever beer can boat named the “Dry Ark”.

What started as a small water festival now features more than 60 beer can floats where contestants race homemade in different events held throughout the day.

Regatta’s highlight is The Battle of Mindil where boats race to find hidden treasure and battle it out with four bombs and water pistols.

Locals and tourists flock to the event to see the amazing construction that resembles everything from Viking ships to crocodiles.

The Darwin Lions Beer Can Regatta is an annual event not to be missed! Have a look at our photo galleries to see the previous year’s fun activities.