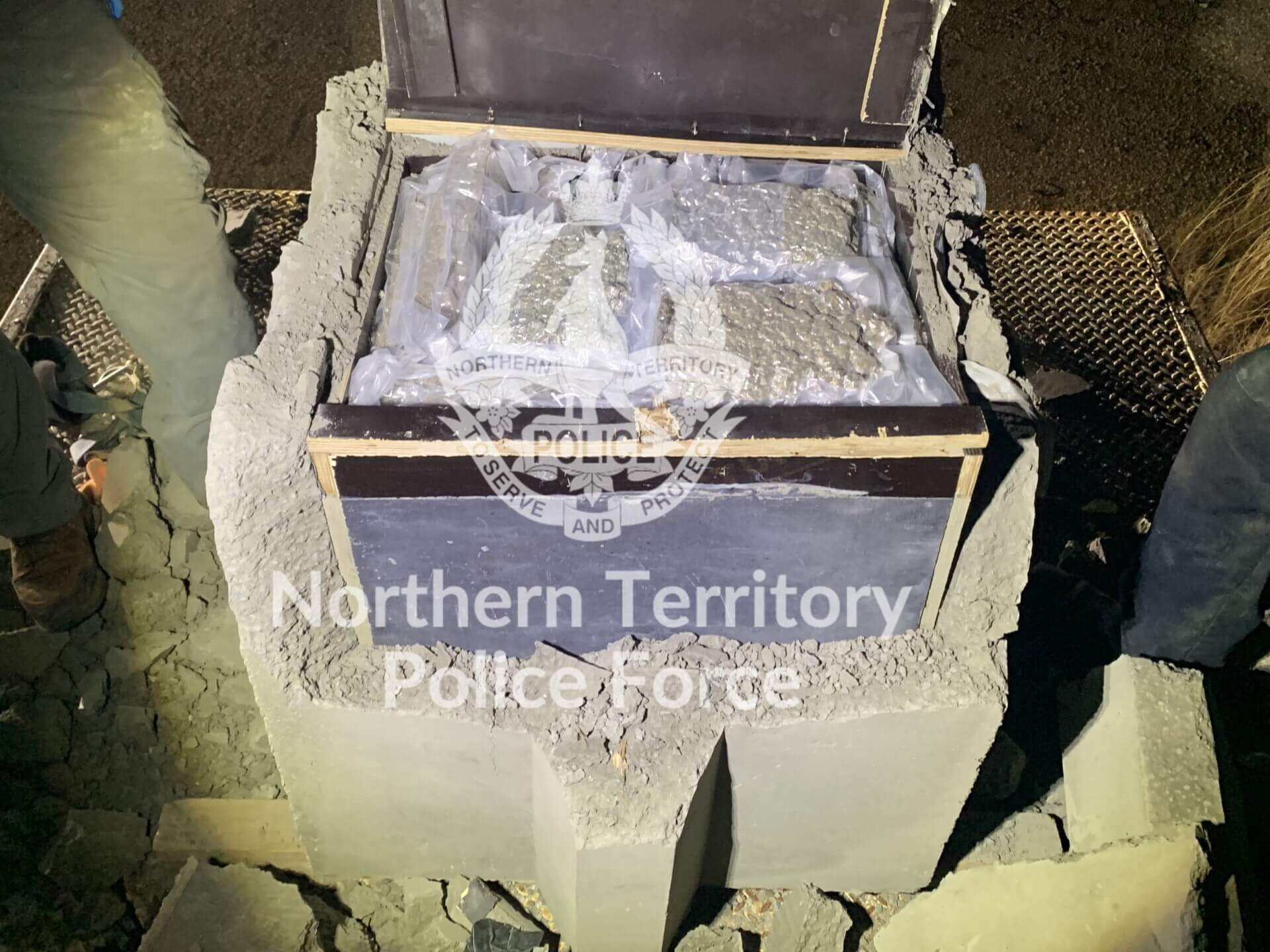 Two plywood boxes containing more than 47 kilograms of cannabis that appear to have been encased in concrete were allegedly discovered during vehicle checks on the Stuart Highway near Mataranka with the help of drug detection dog Danger, NT Police said, resulting in charges against three people.

In a confusing and poorly written media statement that lacked substantive details such as locations, dates, and other coherent facts relevant to the arrest, NT Police said the Substance Abuse Intelligence desk and Northern Traffic Operations were searching two vehicles somewhere along the Stuart Highway on an unspecified date and time when Danger the dog “responded to one of the two vehicles”.

It was unclear if that was a different vehicle than the two already being searched. Police also did not say where along the Stuart Highway the first two vehicles were pulled over.

“Two plywood boxes were found in the vehicles containing 47.21 kilograms of cannabis. Three people were arrested and a further search of a residence in Yarrawonga locating drug paraphernalia (sic).”

Pictures provided by the NT Police appear to show the plywood boxes were encased in concrete, but Mr Cross did not explain or mention that in the statement.

All three are expected to face Katherine Local Court tomorrow.

“This seizure had prevented a large amount of cannabis from entering our remote communities and we will continue to target groups such as this who profit from the devastating effects that substance abuse have on our community,” said Detective Senior Sergeant Paul Lawson.